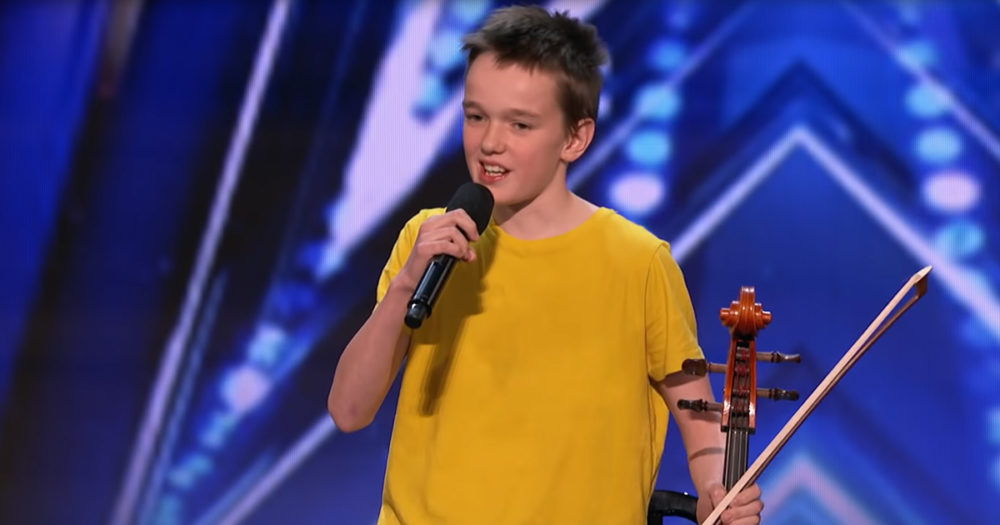 Going on a show like America’s Got Talent can be incredibly nerve-wracking. It’s one thing to be confident in your ability, but it’s an entirely different situation to show the world your talents. This didn’t stop a 13-year-old cellist from gracing the coveted stage.

Elijah is the third oldest of nine children. All of his siblings have their unique musical abilities that make them shine in a particular way. Elijah’s instrument of choice is the cello, and he’s been playing it since he was just two years old.

The nervous teenager stepped onto the stage to perform for Howie, Simon, Sofia, and Eric. With a cello in hand that was as tall as he is, Elijah sat down and gave the sound technician the thumbs up when he was ready to play.

In just seconds, the judges were wowed by his flawless cover of Ariana Grande’s upbeat song, “7 Rings.” As soon as he started playing, Elijah’s fears melted away, and he became one with his instrument. There’s no denying that he has a bright future ahead of him and that his skills on the cello will take him far.