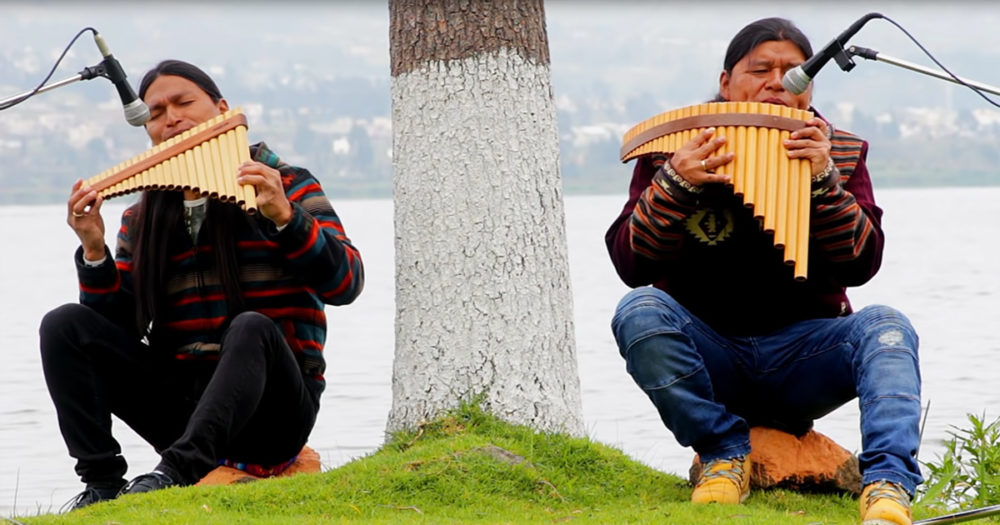 Leonard Cohen’s haunting “Hallelujah” has been giving goosebumps since he wrote the tune in the mid-1980s. Ecuadorian Brothers Luis and Fabian Salazar do the song justice with their mesmerizing arrangement.

The Salazars have been performing together for much of their lives as the duo Wuauquikuna. They use their music to share their culture and to highlight the traditional instruments of both North and South America.

In their “Hallelujah” performance, the brothers introduce themselves and the song in both Spanish and English before seating themselves on rocks in front of a gorgeous waterfront scene. A guitar opens the song, then Luis enters with the melody on a pan flute. Fabian joins in on harmony before taking over for the next verse.

The mystical tones of the flutes are a fitting match for “Hallelujah,” which actually wasn’t very popular when Cohen first wrote it. The tune gained popularity after being featured in the film “Shrek” and has been a popular cover choice for myriad acts since.