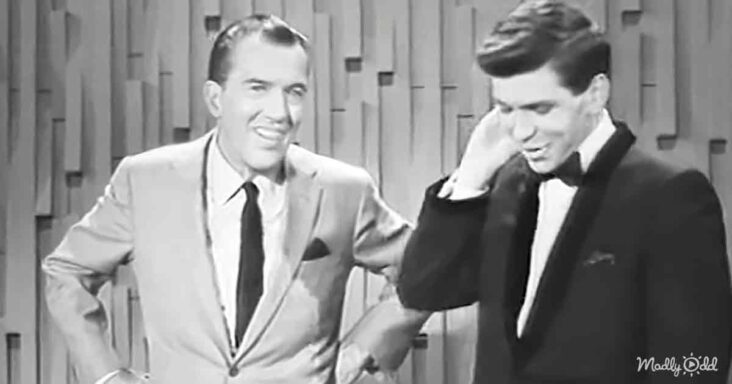 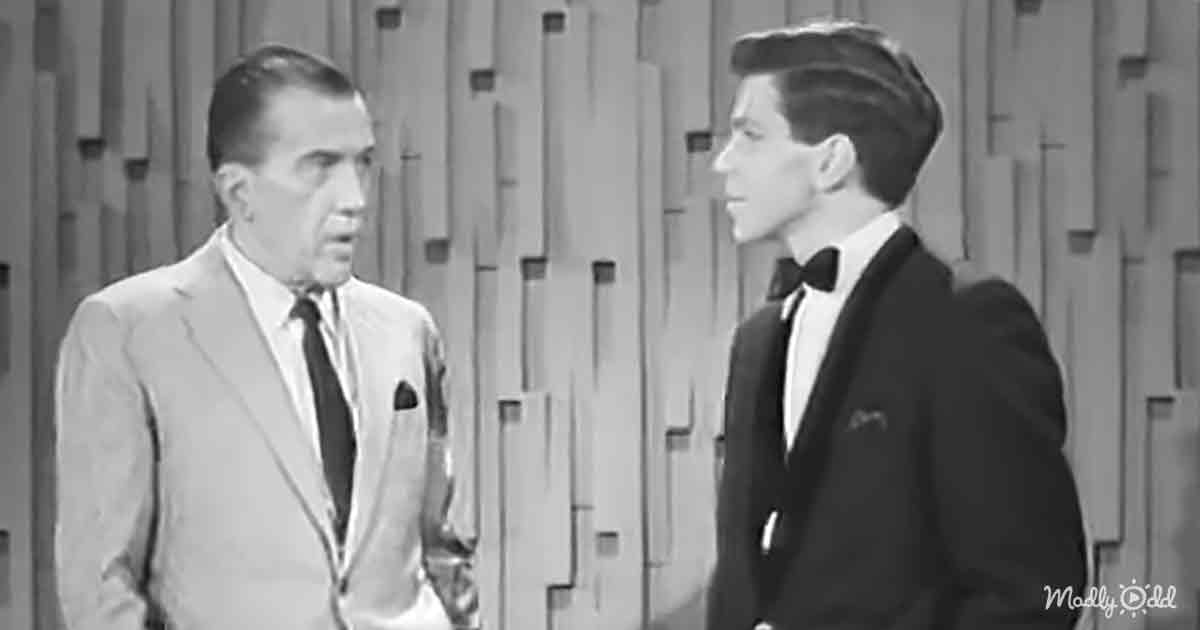 In this episode of The Ed Sullivan Show from 1963, these two pop culture icons meet for an interview. Ed introduces Frank and tells him to come on out for a few words. The audience goes wild.

After shaking hands, Ed says it’s great to start his 16th year on television with Frank. Ed also brings up how he enjoyed Frank on the Jack Benny Show.

Frank thanks Mister Sullivan for the compliment. However, Ed corrects Frank and says he’d prefer to be called Ed instead. Ed then states that it was nice of Frank to address Jack Benny as Mr. Benny, stressing how Jack is the oldest man anyone he knows. 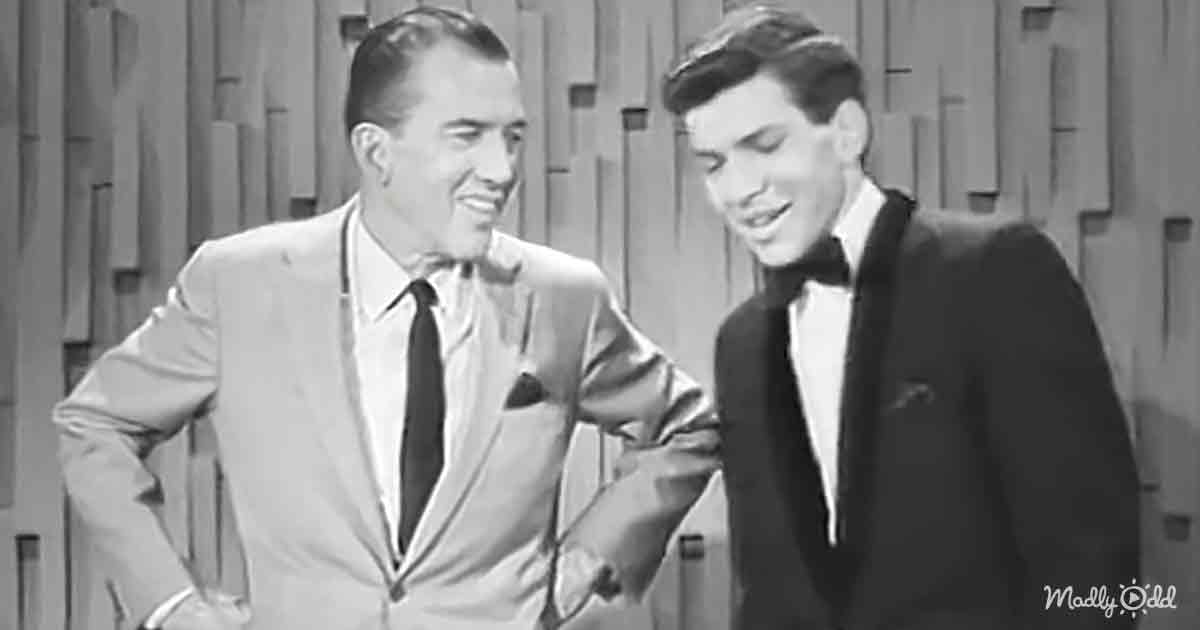 Frank laughs mildly and cites that he thought Jack Benny was only 39 years old. Ed then says Jack has always thought of himself as 39. The last time Ed recalls that age citation was 39 years ago.

Ed shifts the conversation to talking about teenagers. He brings up how Frank’s father would also get a lot of cheers. Frank, with an off timing, asks if all that audience cheer was for him. Ed says yes, and there’s an awkwardness present.

Ed brings up how he has a secretary in the audience who would love to meet Frank. Frank asks what he has to do. Ed says he only has to say hi and talk to her. 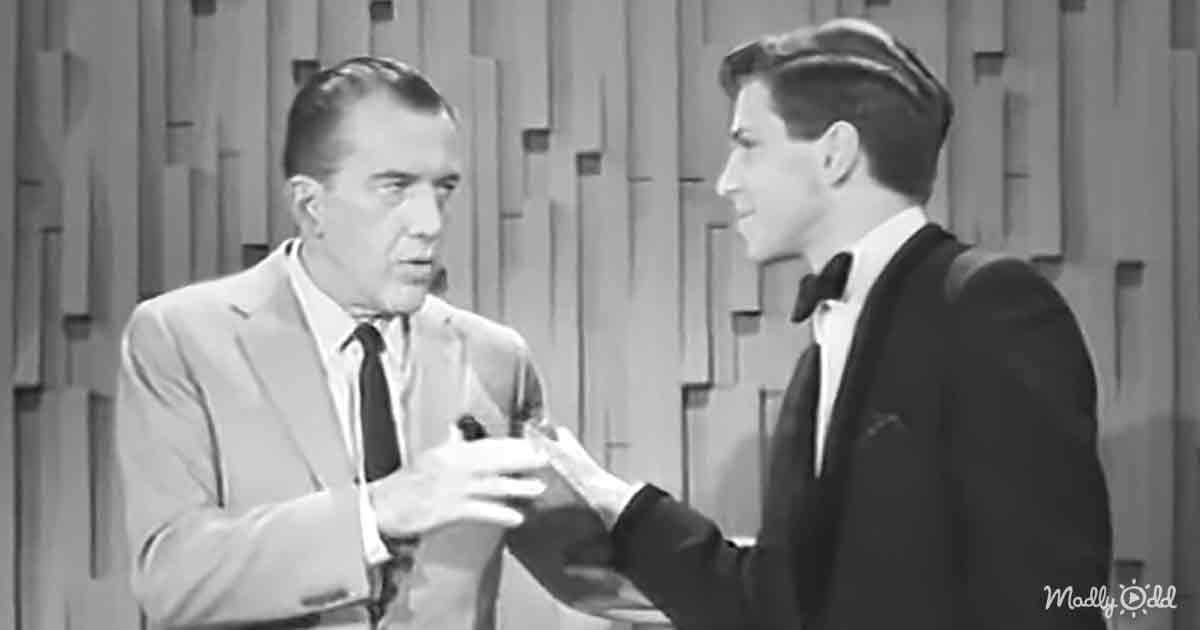 When Gloria gets to the stage, Frank says hello. ‘Did you hear what he said?’ states an excited Gloria. ‘He said hello!’

‘Hello, Gloria,’ says Frank. Gloria lets out an excited shriek and runs off stage. The audience applauds as she dashes away.

Frank asks Ed if this is how his father started. Ed assures him that’s precisely what happened with Frank Sinatra Senior.

This is a fascinating clip from the show. It showcases a handsome Frank Sinatra Jr. and highlights how not all the Ed Sullivan sketches had perfect timing.