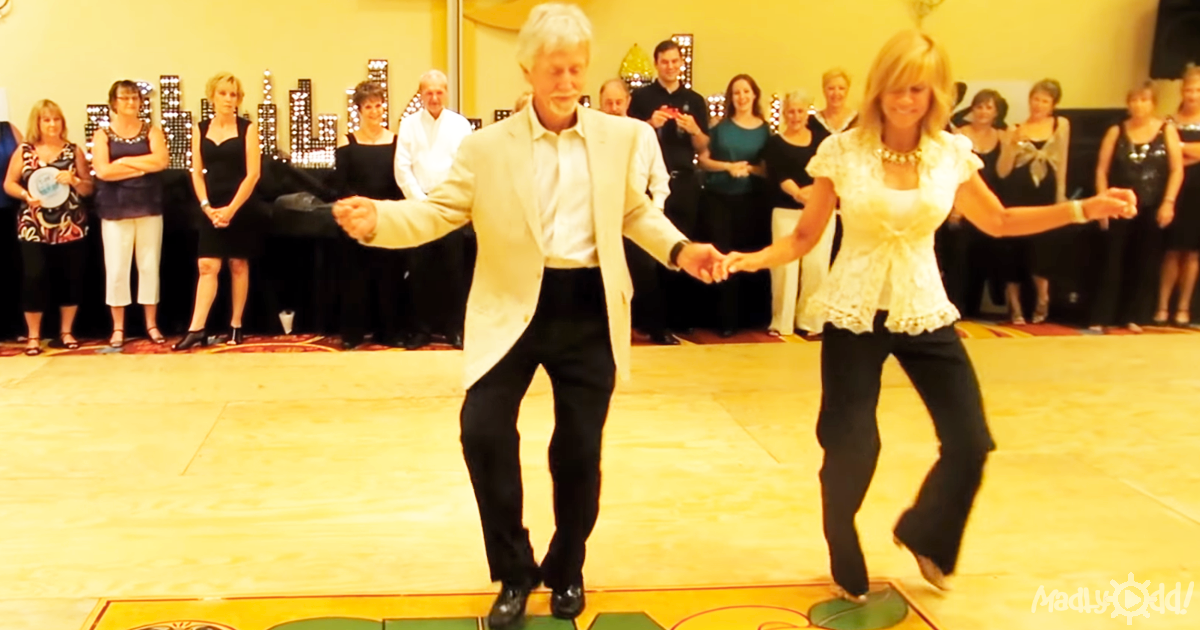 One very distinctive form of swing dancing is the Carolina Shag. Descended from the Carolina jitterbug, it was well established at the coastal resorts of North and South Carolina by the 1940s.

The Carolina shag is a form of “slotted” dancing, in which the couple dances on a track, turn, then come back to the original track but in the opposite direction. The footwork is kept close to the floor, adding an element of subtlety. The Carolina shag is still being danced today, in fact, it’s a staple of dance competitions.

The undisputed masters of the Carolina shag are Jackie McGee and Charlie Womble. They’ve been a professional team since 1981, competing together and also teaching. In one 12 year stretch, they went undefeated for an astounding 300 competitions.

Here are just a few of their accomplishments, as described at their website: “The pair was recognized by the South Carolina House of Representatives for their contributions to the preservation of the shag and are considered worldwide, as ambassadors of the dance. In June of 1994, Charlie and Jackie received a bronze star on the Sun Fun Celebrity Boardwalk in Myrtle Beach, South Carolina. They have appeared on Good Morning America six times and CBS Morning Show promoting the Shag.”

For the Association Of Carolina Shag Clubs (ACSC) summer workshop at ShagAtlanta in 2013, Jackie and Charlie put on yet another impressive display of their expertise and artistry, this time dancing to “Be Myself Again” by Eric Benet. Have a look at the video posted below and you’ll understand why it’s racked up over 12 million views.