Country legends Johnny Cash and June Carter appeared on ‘The Tonight Show Starring Johnny Carson’ in 1980. By then, these two incredible performers had made quite a name for themselves in American music. 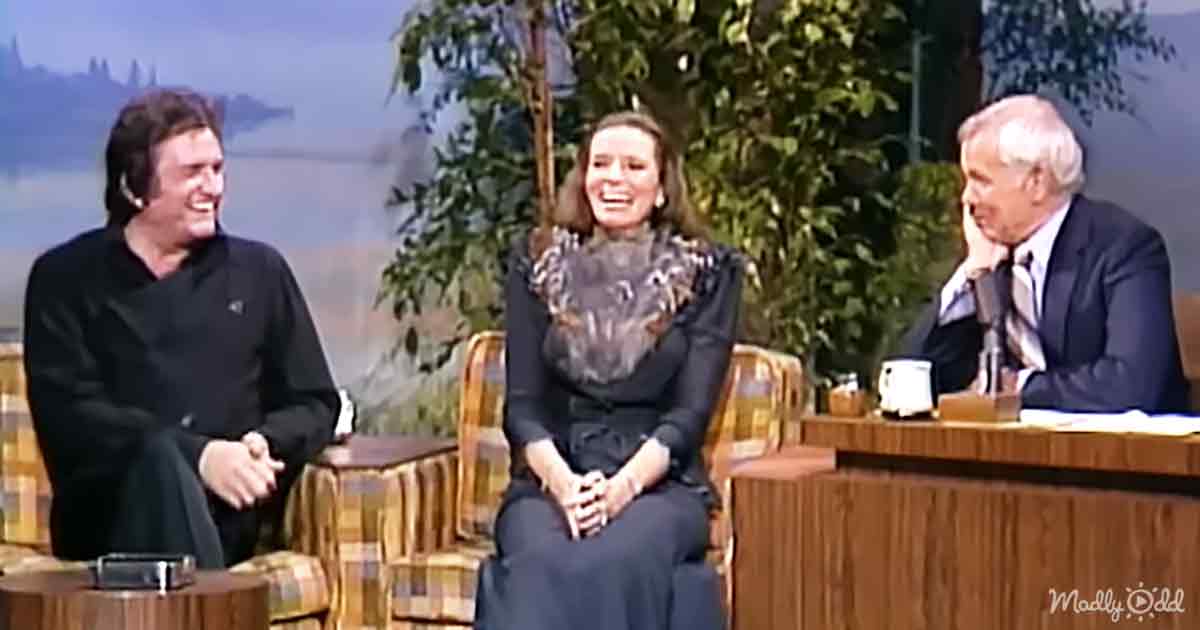 Carson introduces Johnny Cash, and he starts to play his acoustic guitar wearing his typical black suit. Cash was known as ‘The Man in Black.’ Behind him are two trumpet players, three guitarists, a bassist, and a pianist.

They all wear black suit pants and vests with a white button-up shirt
Johnny starts to sing his hit song ‘Rockabilly Blues.’ The background is a black and purple pattern with golden spirals in between the stripes on the wall. 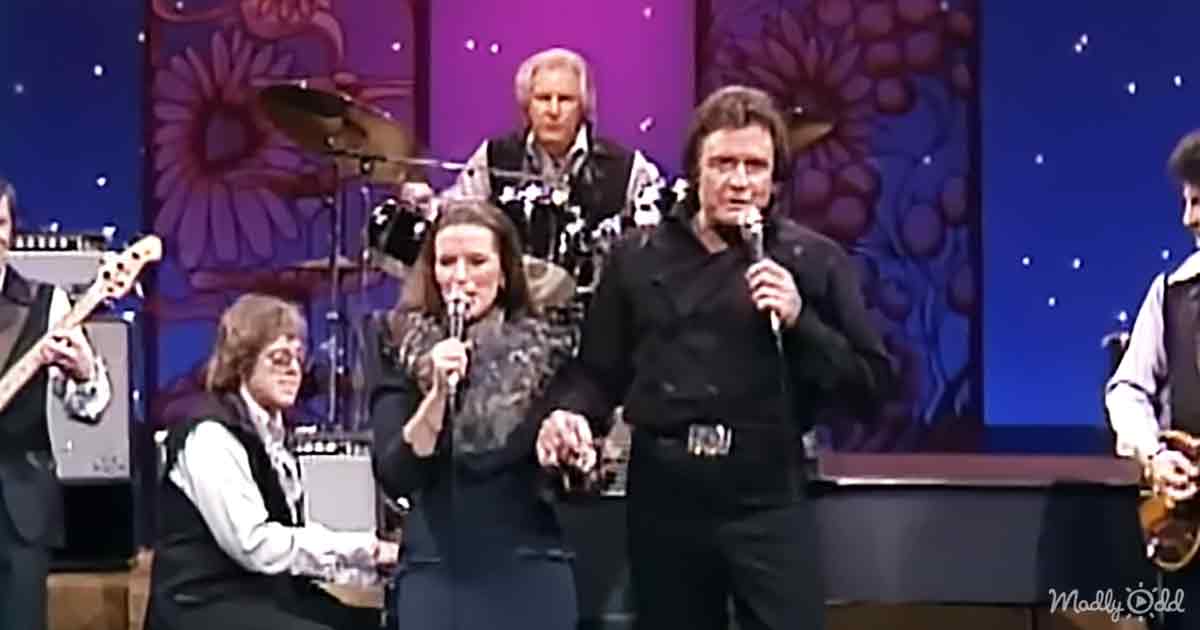 He sings and looks into the camera as he bops around and taps his foot.
The band taps their feet and sways with the music as well. One guitar player has a solo in the middle, and he steps out and smiles at Johnny.

Johnny moves around and hops next to different guitarists and his pianist, who solos too. Johnny smiles at them while they play and bounces around in excitement. He sings the next verse and is calm throughout, then another break happens, and the trumpets play a solo as Johnny snaps and laughs. 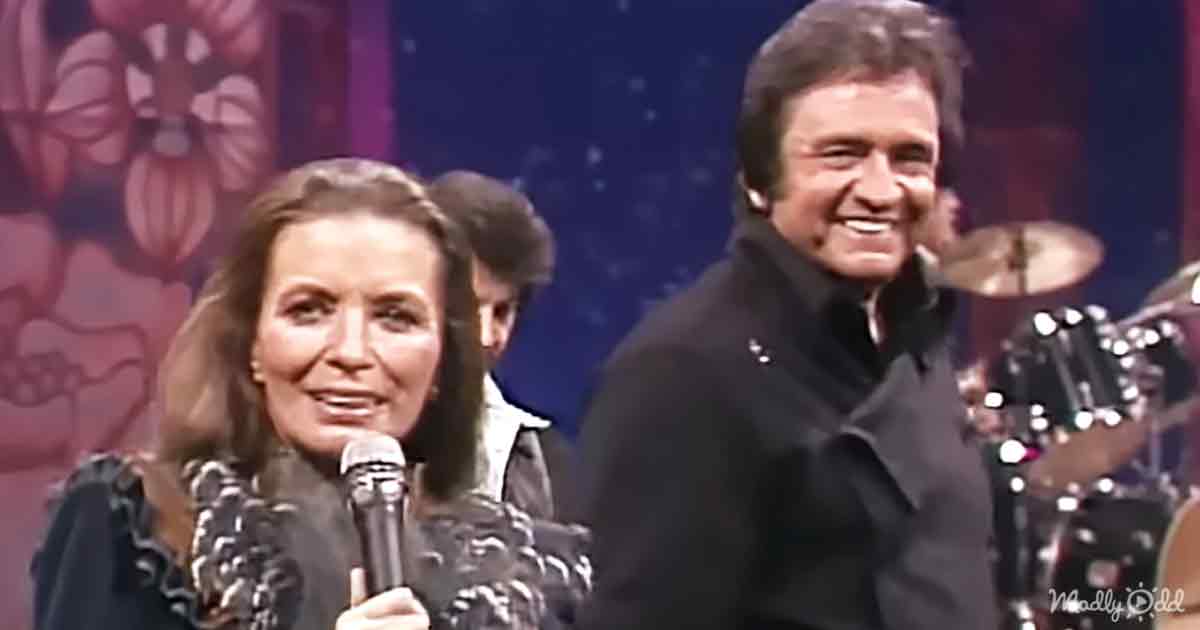 Cash thanks Carson for letting him on the show. Cash says, ‘We’d like to do a song we’re just going to release this coming week. Kind of a patriotic flag waver. And I believe the time is right in this country for a little old fashion flag wavin’.’ He begins to strum and says, ‘It’s called The Song Of The Patriot.’

Johnny Carson welcomes Cash’s wife, June Carter-Cash. She tells Carson how the two first met. June says Elvis kept dragging her into these little places to listen to Cash’s song ‘Cry, Cry, Cry’ on the jukebox. Elvis would tune his guitar to it. June asked Elvis, ‘Who is that?’ and Elvis told her it was Johnny Cash. When the two finally met at the Grand Ole Opry, they fell in love. The interview closes with Johnny and June performing together with the band.