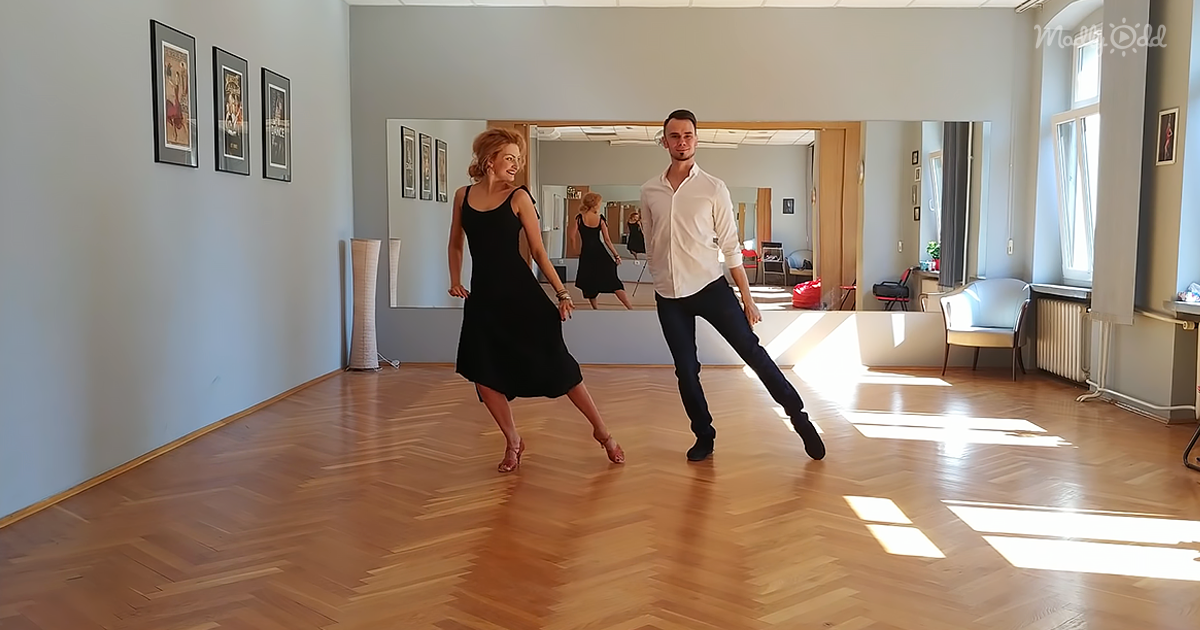 It’s safe to say Frank Sinatra created some of the best music of all time. Nothing pairs quite as well with a classic Sinatra tune like an elegant dance. This couple creates a dance routine to “Fly Me to The Moon” that will have your eyes glued to the screen.

After you hit play, you won’t be surprised to learn that these two are actually dance instructors. They share their talent with others that love dancing at their facility called Blackpool School in Poland. It’s quite small, but the skill coming out of that school is immeasurable.

The dance starts with the two gazing at each other from the opposite sides of the room. It just takes one spin until they’re in each other’s arms. The man takes the woman’s hand and pulls her close as Sinatra begins singing.

While the dance looks simple, the footwork is immaculate. Every single move is right on time and in sync with the other dancer. With spins, twirls, and impressive lifts, there’s no wonder why these two are known for their incredible skills.