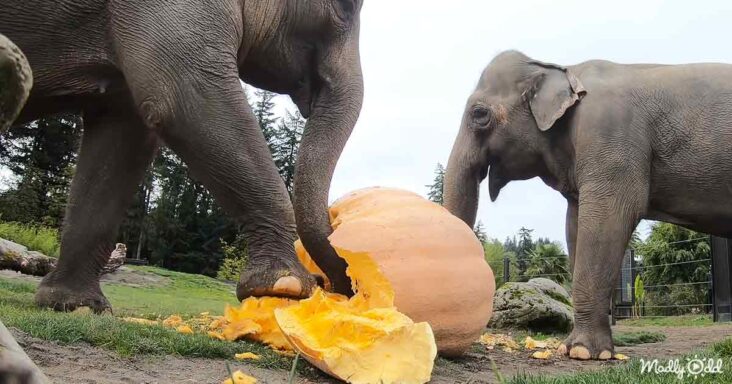 You may be familiar with the song ‘Monster Mash,’ but you’ve probably never imagined it quite like this. An elephant family stomped and snacked on over 1,200 pounds of pumpkins! Do you know how much a typical elephant weighs? 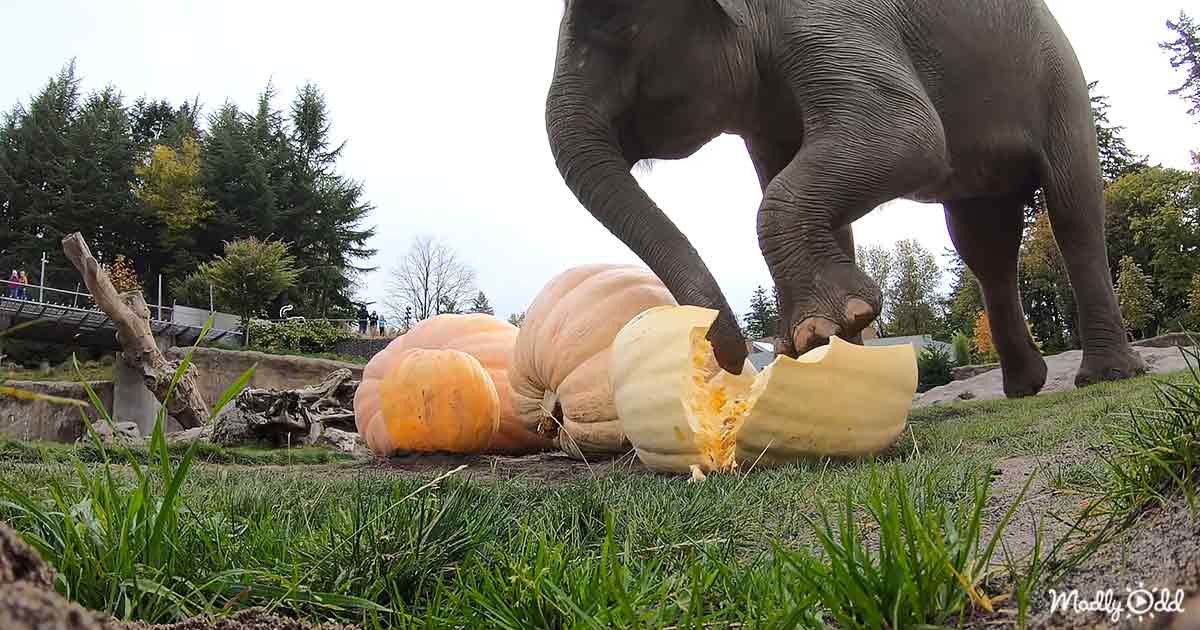 Thanks to growers Larry Nelson and Jim Paino, the annual ‘Squishing of the Squash’ occurred again, to the delight of the elephants. When an elephant takes one single step, the pumpkin is crushed under its weight.

Then, the elephants grab the seeds from inside the pumpkins using their trunks. They destroy the pumpkins, and they eat the insides. A crowd of people cheers every time a pumpkin gets squashed. 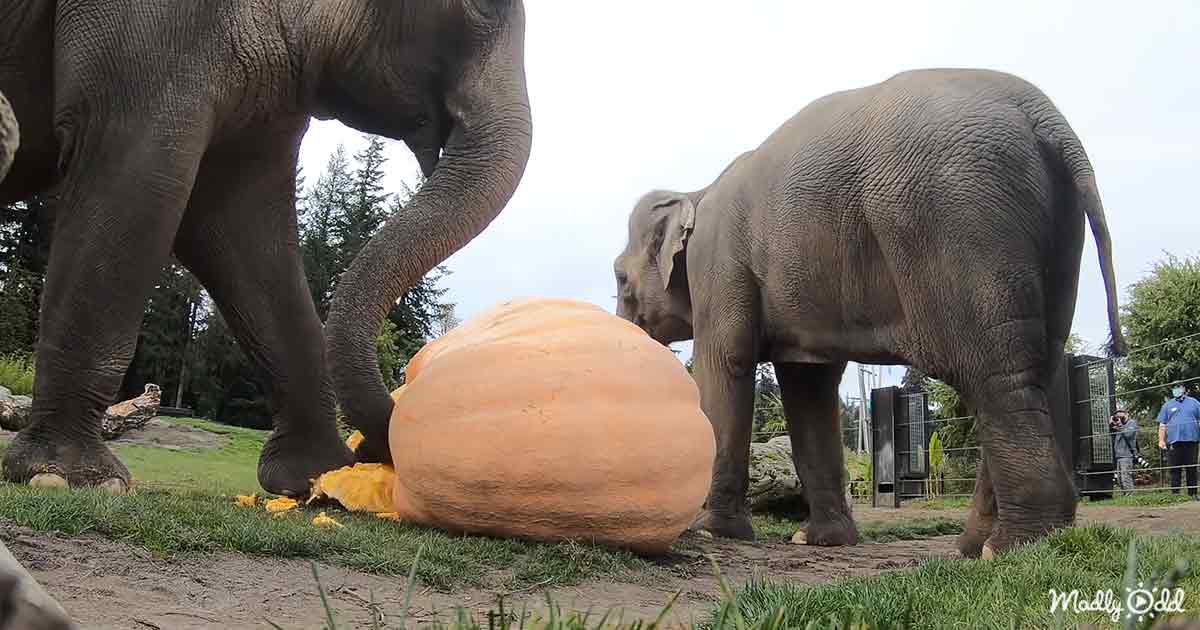 There are four huge pumpkins in the yard with them when the footage begins. By the end, all of them are destroyed. Two elephants do the damage, and they leave no pumpkin standing!

Elephants happen to be the largest existing land animals. There are three species in the world of these giants, including the African bush elephant, the African forest elephant, and the Asian elephant. 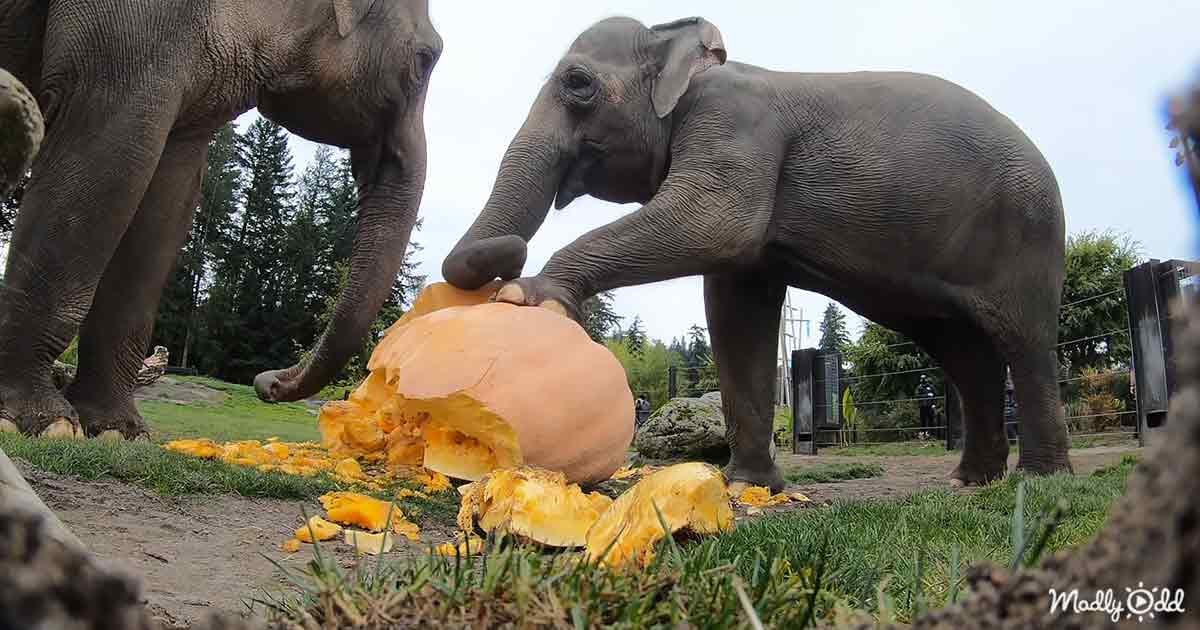 Their trunk is used for breathing, drinking, grasping, and in this case, eating pumpkins! They can weigh anywhere from 6,000 to 13,000 pounds. They truly are majestic creatures, even when they are smashing pumpkins for fun.

While many humans like to carve pumpkins into Jack-O-Lanterns, these elephants seem content to simply squash the pumpkin and dig into their orange meal. The crowd was treated to a real trick when these wild beasts smashed pumpkins with ease. 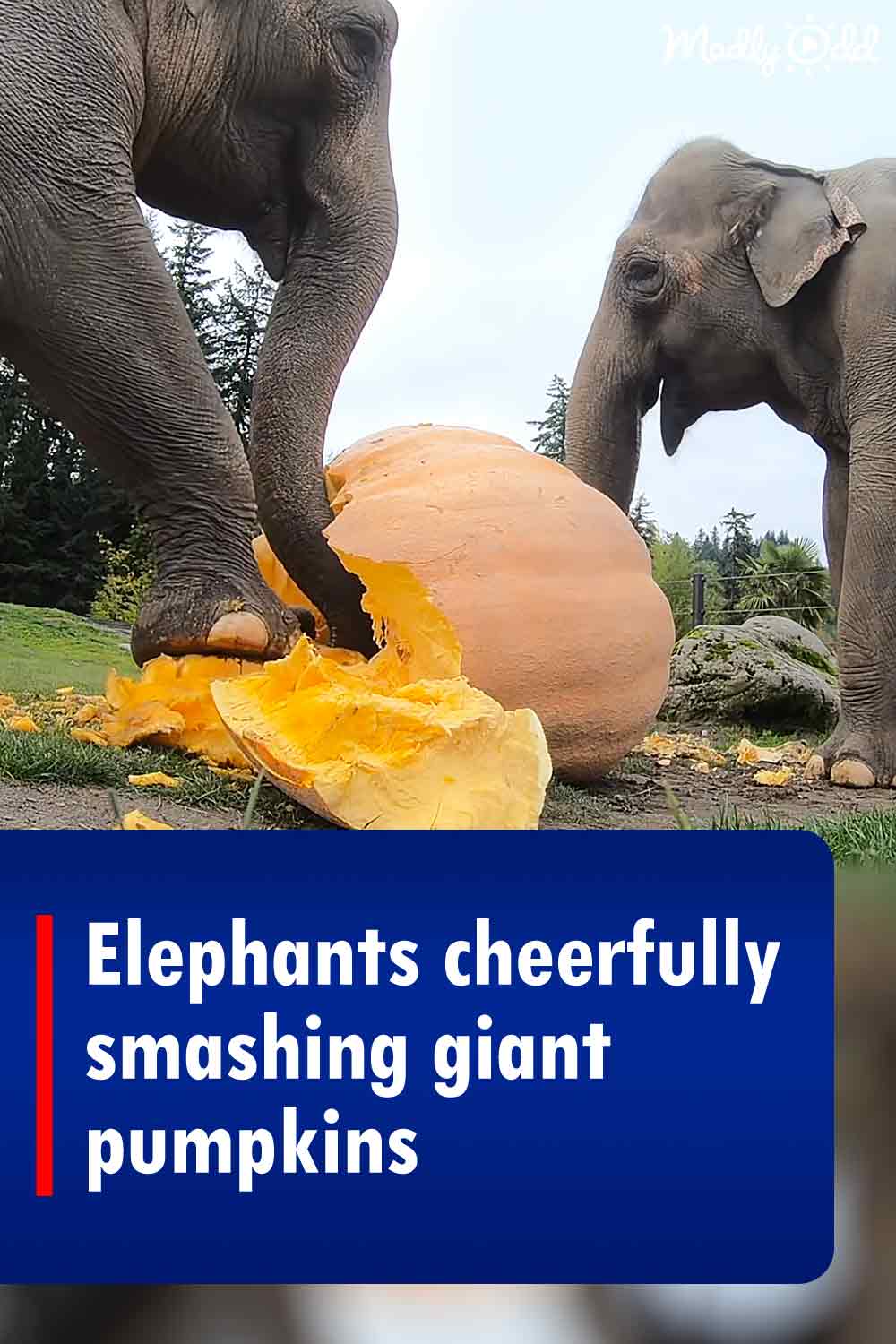