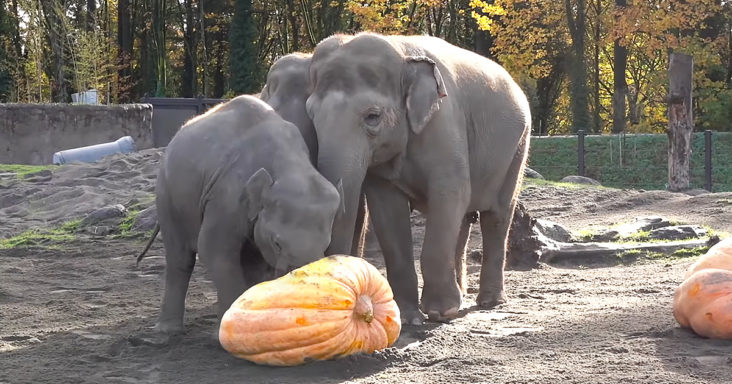 For those who love an oddly satisfying crunch, look no further than this video of elephants stomping pumpkins. A herd of elephants at an Oregon zoo were treated to pumpkins, which they stomped, kicked, and munched on to celebrate the fall season on a sunny afternoon.

These pumpkins are not small! The zoo collected some of the largest pumpkins in Oregon. They would be a struggle for humans to lift and maneuver, but the elephants kick the pumpkins around with ease. They crushed the pumpkins with their feet, pushed them around with their trunks, and nibbled on them as an afternoon snack. 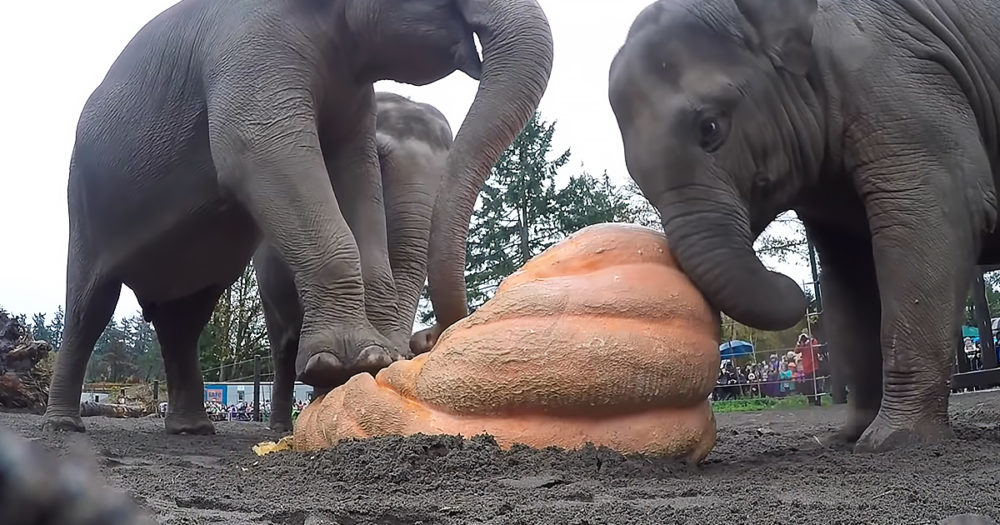 As the camera moves to different angles, you can hear the crisp crunch and snap as each elephant breaks down the whole pumpkin into more manageable pieces. When the elephants look towards the camera, smears of orange pumpkin pulp highlight their strong and mighty trunks.

The images are intimidating as you realize how powerful the elephants can be yet they are equally adorable as you watch the animals enjoying themselves on a sunny day. The pumpkins are obviously a novel treat with no tricks. 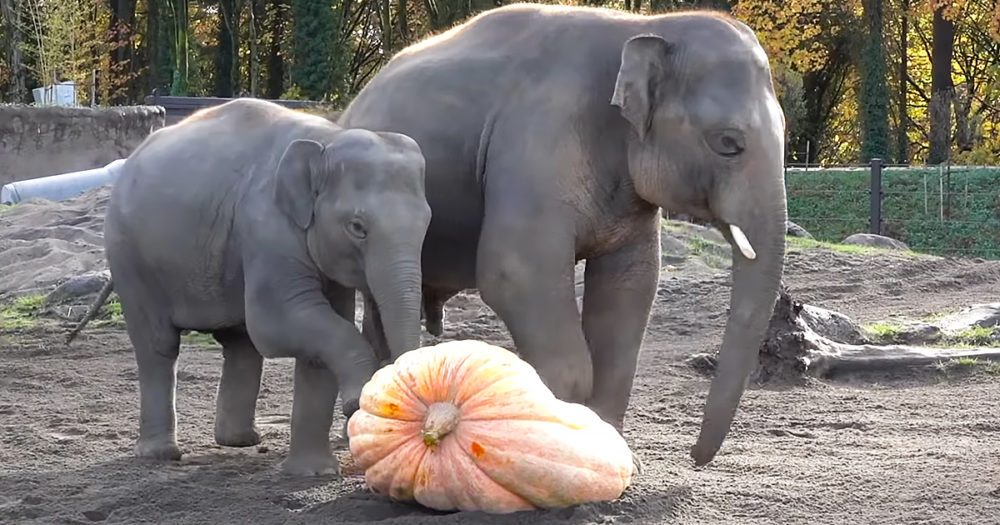 As viewers noted, it was probably comparable to grabbing a sheet of bubble wrap and stepping on it to hear those satisfying ‘pops.’ Viewers also commented that the elephants seemed to enjoy stomping on the pumpkins more than getting to actually eat them.

Overwhelming the comments were filled with viewers stating that seeing how happy the elephants were made viewers happy! It’s simply amazing how these animals can bring joy to the world while doing their own monster mash.

With over 340,000 views and counting, it’s easy to see that these elephants and the fall season hold a special place in our hearts.