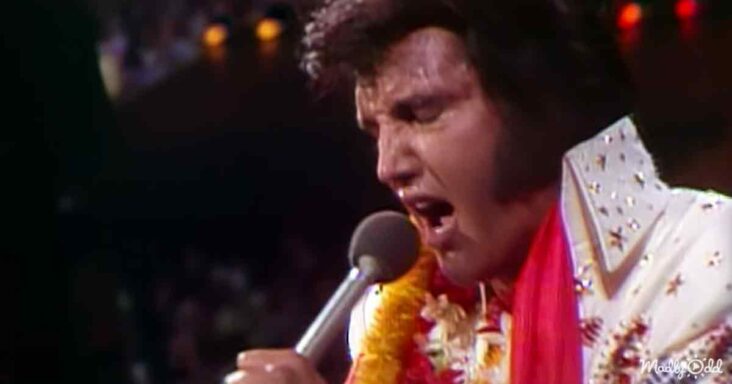 Elvis Presley still found a way to keep rocking with audiences of the 1970s. For the twilight years of his career, there was still heart and soul in his music. 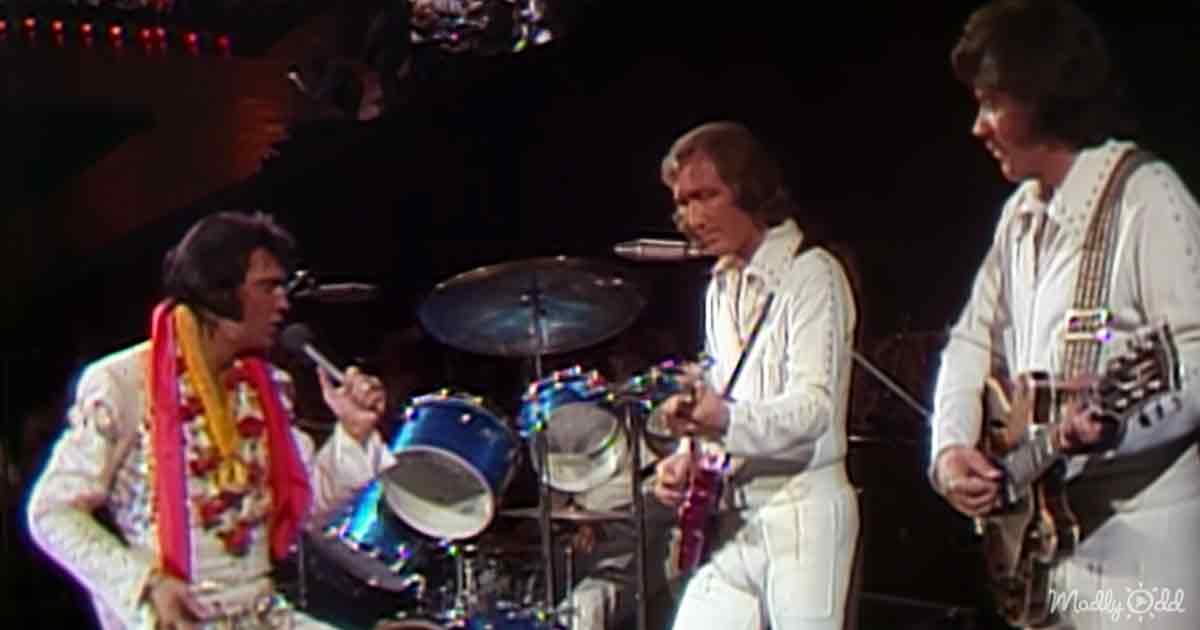 In 1972, Elvis started singing ‘An American Trilogy,’ a medley by composer Mickey Newbury. The song has three parts: Dixie, The Battle Hymn of the Republic, and All My Trials.

While Elvis’s recordings of this medley never sold as well as Newbury’s single, his version was highly notable. Elvis would mix up the song in his way and turn it into a staple of his concerts.

You can see how powerful Elvis makes this medley work in a 1973 concert performance in Honolulu. He’s dressed in his flashy white suit with Hawaiian leis around his neck. 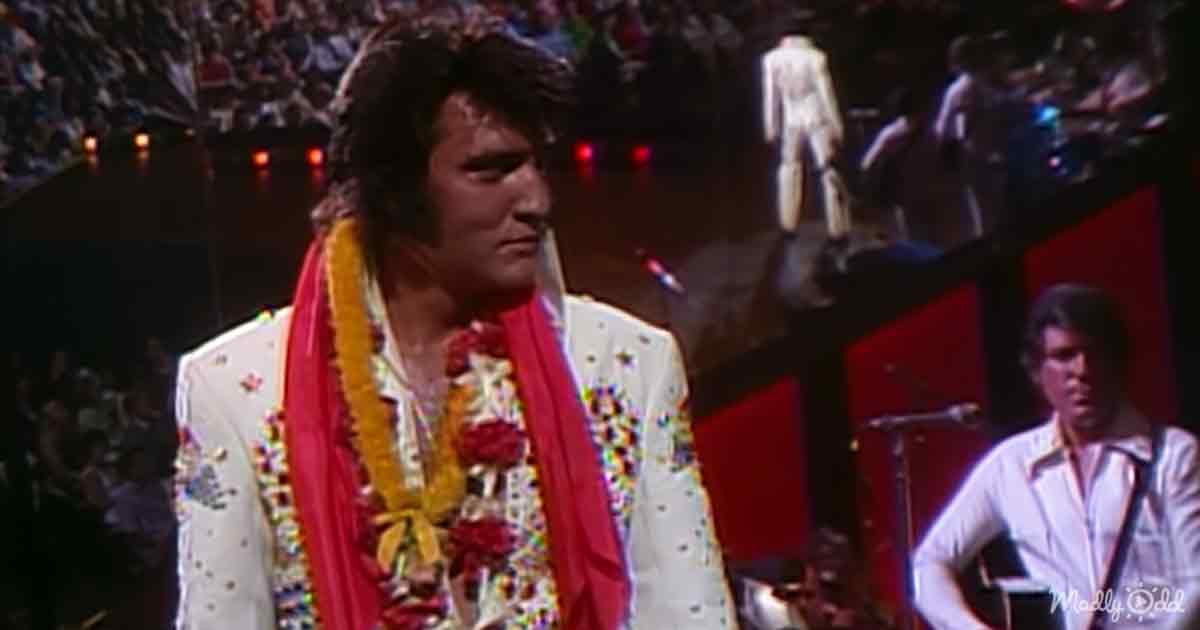 The guitars start playing as Elvis has his head bowed. He raises his head as his deep, sweet voice comes into the microphone. Elvis starts singing the Dixie part of the trilogy with slow and emotional vocals.

Elvis then turns the music over to the choir. The men in the choir sing a few lyrics before Elvis starts walking the stage to continue the song. You can hear the audience clapping and whistling.

The orchestra starts picking up as Elvis gets more into the lyrics. He sings louder and with more power. Sweat can be seen pouring down his engaged face. 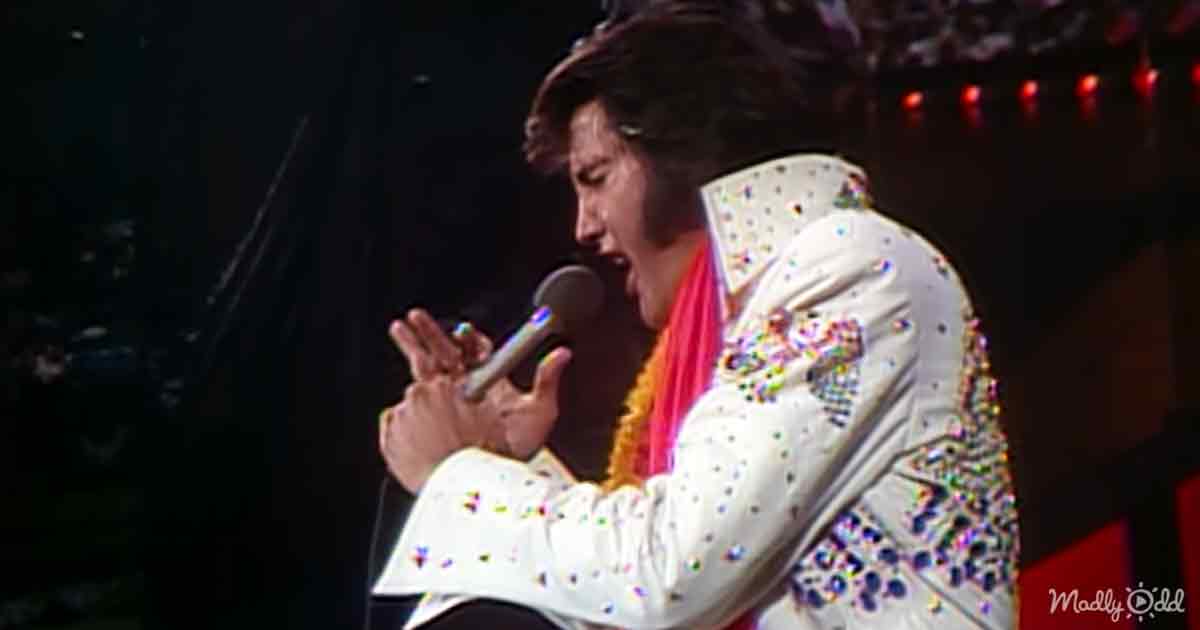 Elvis starts giving more of his quick moves as the band comes into play. With the violins, horns, and piano joining the guitars, Elvis starts moving to the music. Powerful notes receive potent punches.

Elvis’s voice echoes throughout the concert hall. He keeps up with the increasing volume of the orchestra. Eventually, the band takes it low, and Elvis repeatedly matches the slow nature.

There’s a quieter moment present for the flute solo. Elvis pauses as a lone flute player gets the spotlight. As the flute fades, the orchestra kicks into high gear again.

Elvis brings the song to a fantastic close, with the choir backing him up. His voice rises, and his movements become more erratic as the sweat flows. The man is throwing everything he has into this song.

When Elvis sings the last lyric, the band plays him out with a powerful note. The audience applauds, having witnessed yet another legendary performance. It’s more proof of why Elvis was the king of rock and roll. 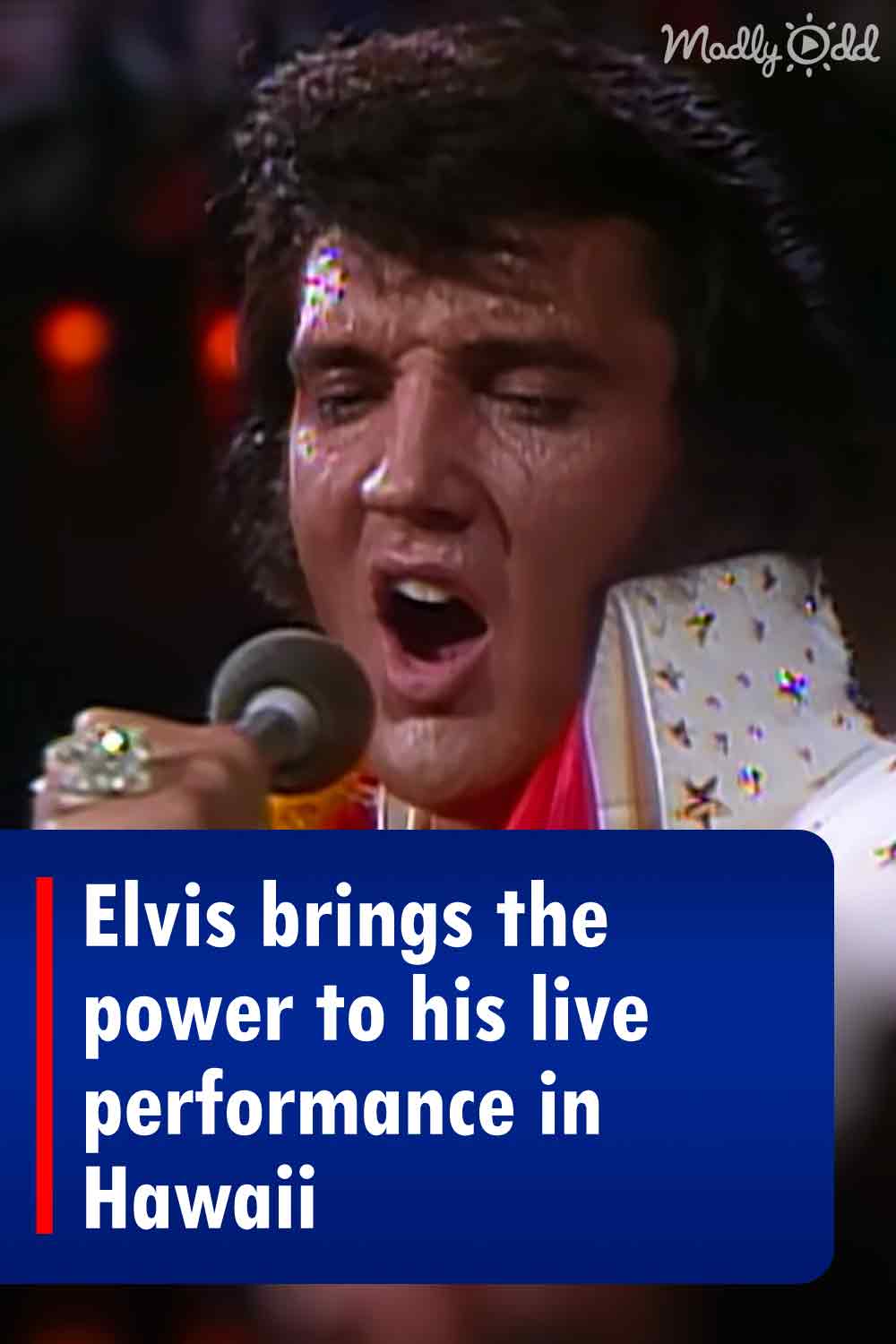