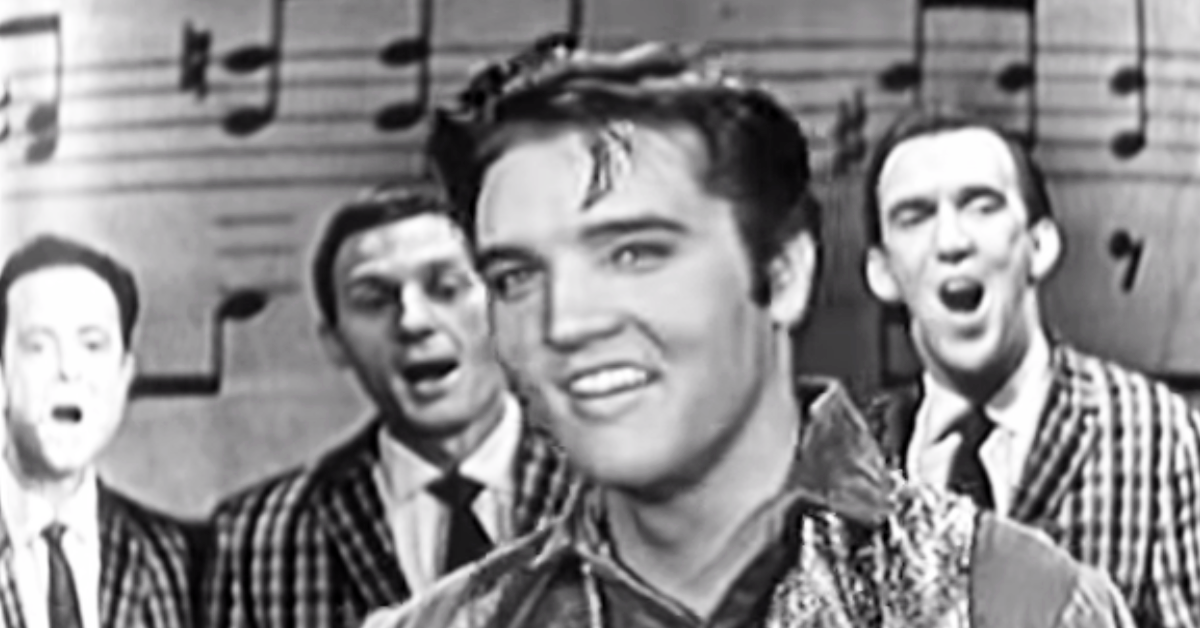 In this appearance, Elvis is filmed from well above the waist on up and did not wriggle or move around at all. That was ordered by the TV network.

Regarded as one of the most significant cultural icons of the 20th century, he is often referred to as “the King of Rock and Roll”, or simply, “the King”. He was an early popularizer of rockabilly, an up-tempo, backbeat-driven fusion of country music and rhythm and blues.

In the 1950s, Elvis Presley stormed onto the American music scene, leaving swooning youngsters and shocked adults in his wake. Showbiz had never seen anything like this cocktail of movie star looks, high baritone voice, fast dance tunes and gyrating hips. Elvis’s hip-shaking moves — very tame by today’s standards were considered too vulgar. Parents, teachers and upholders of public morality rallied against “Elvis the Pelvis.”

After his first performances on the Sullivan Show, there was so much outrage at Presley’s supposed overt sexuality that he was burned in effigy in St. Louis and Nashville!

Sullivan was NOT ignorant and actually took the stage after Presley’s performance and stated the following, “I wanted to say to Elvis Presley and the country that this is a real decent, fine boy, and wherever you go, Elvis, we want to say we’ve never had a pleasanter experience on our show with a big name than we’ve had with you. So now let’s have a tremendous hand for a very nice person!”

After the second appearance though, Elvis’s swiveling hips were deemed too raunchy by the CBS censors and for the third and final performance, Elvis was only filmed from the waist up. Still, the “damage” was done and the genie was out of the bottle. The CBS never invited Elvis back on the Ed Sullivan Show. What a crying shame.