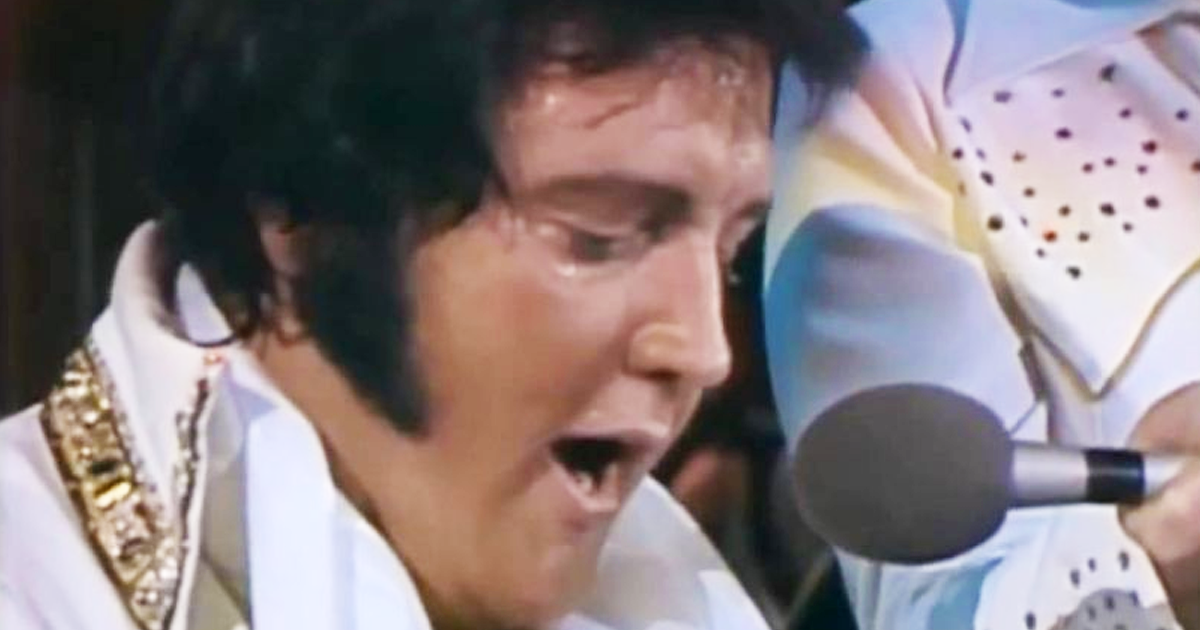 Elvis Presley, popularly known as “The King of Rock And Roll” will always be a true legend. His music never fails to move his fans and it is as alive now as it was in the 50s, 60s, & 70s. Elvis had a special kind of magic in his voice, and he used this incredible magic in the most amazing manner throughout his life.

Right up until the end of his life and (as we know) beyond, he was the king of music and he ruled millions of hearts. As a person, he had an amazing charm that always blew the minds of the people who were lucky enough to meet him.

He was an actor too, combining both singing and acting in a series of hit movies. But his talents extended still further…

This video is an unearthed footage of Elvis Presley performing unchained melody taken from a concert out in Rapid City in 1977 and in it Elvis is not only seen singing but also playing the piano. This video is a sheer proof of his legendary status. This rare video of the legend has not been seen by many people.