Elvis was the King of Rock and Roll, he still has a large fan following world wide, including one of these precious cockatoo’s apparently!

When their owner started to play the guitar and sing Don’t be Cruel, their reactions are hilarious! One of the birds immediately starts to react. He bobs his head up and down, keeping time with the beat. 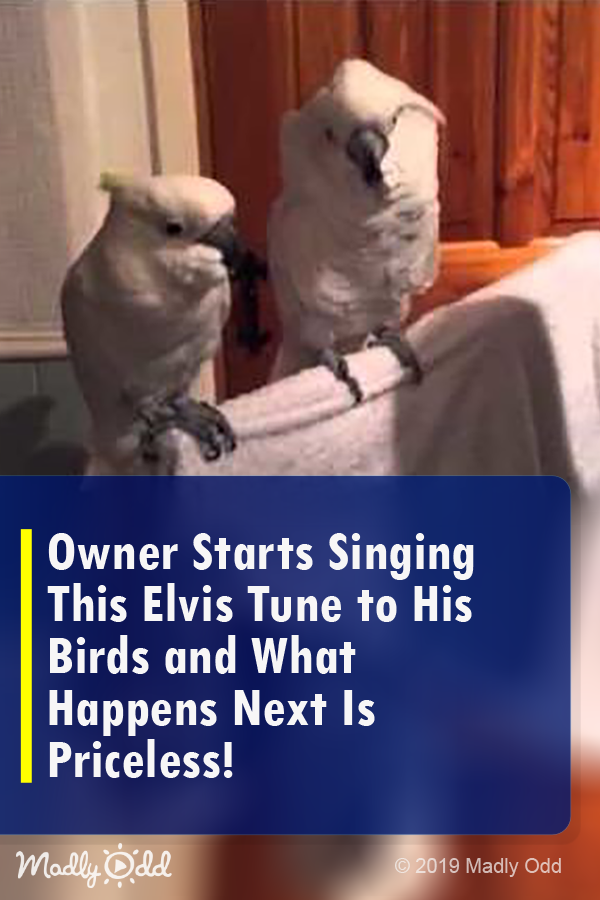