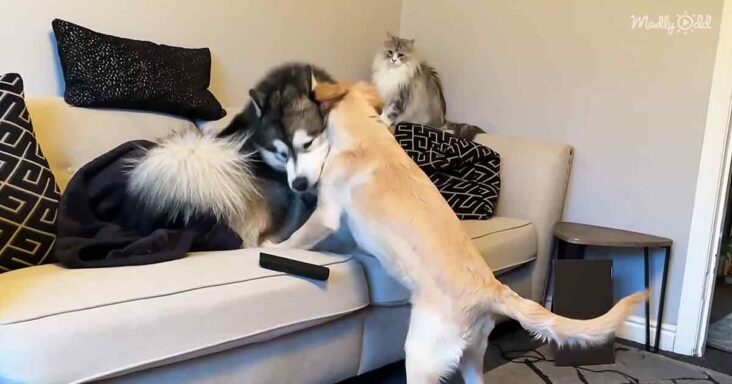 Dogs biting each other playfully is a joyful sight. Anybody with two or more dogs at home will agree to this statement. Unfortunately, however, this was a common sight for the owner of Teddy and Buddy. 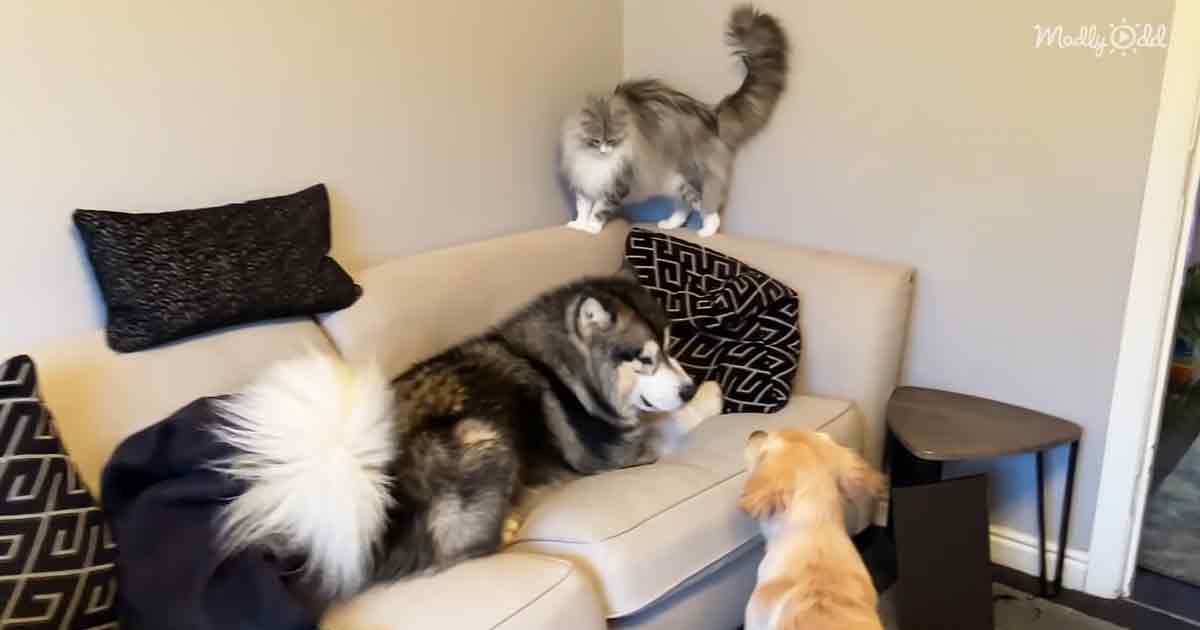 Teddy was a big Alaskan Malamute, and Buddy was a Golden Retriever puppy. Both would often indulge in playful acts that included chasing and biting each other. Their owner also had a Maine coon cat named Milo.

Recently, Teddy and Buddy were caught trying to bite each other playfully. Although Teddy was twice the size of Buddy, the Golden Retriever puppy was putting up a tremendous friendly fight against the giant Alaskan Malamute. 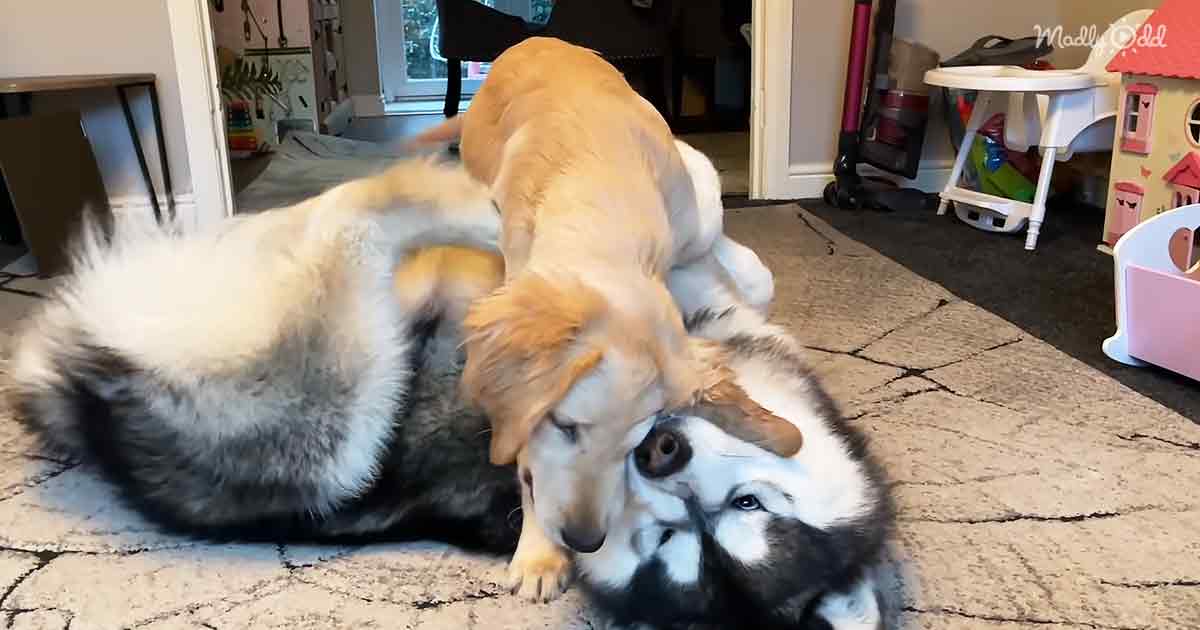 Milo jumped on the couch, followed by Teddy. Although the Maine coon cat sat peacefully on the couch’s backrest, Teddy preferred to lie on the couch. However, Buddy had other plans. He invited Teddy for a playful session with him.

The two jumped around the room, trying to bite each other playfully. Although Teddy wanted to rest and thus, climbed the couch again, Buddy was in no mood to allow his bigger dog sibling to do what he wanted. 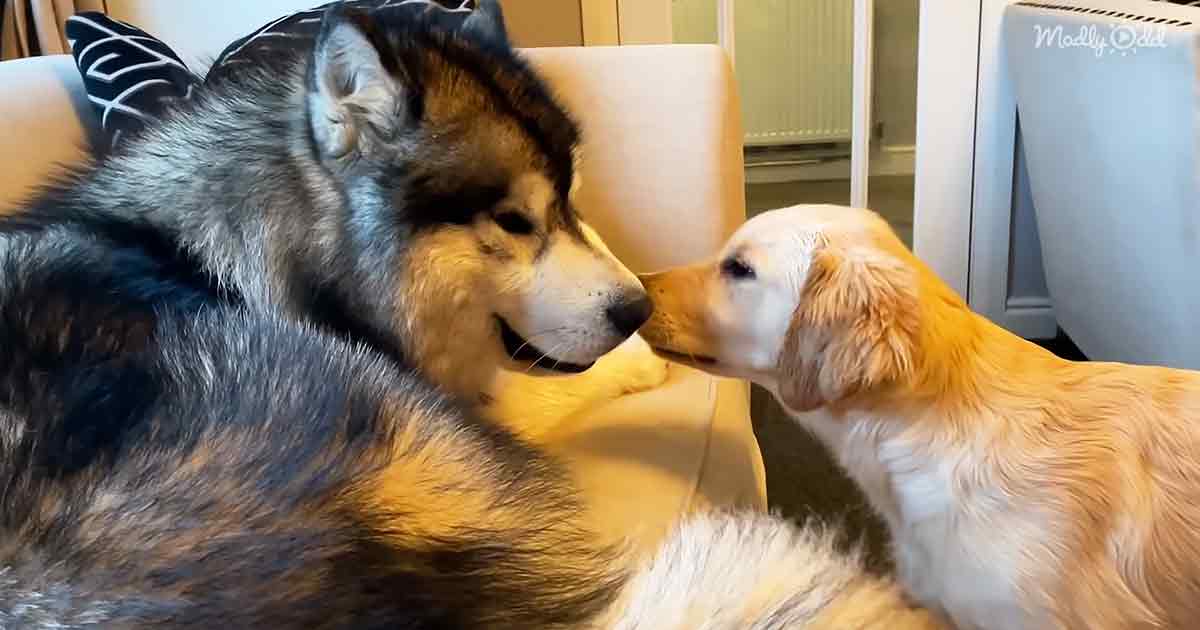 They bit each other’s lips, tails, and neck playfully. While at the same time, the two dogs kept jumping all across the room. Looking at their vigorous yet playful biting gameplay, Milo thought it better to sit where he initially was.

Soon the two dogs got tired, and Buddy switched his focus to biting a stuffed toy. However, it was a brief resting phase, and the two were at it again. Finally, the colossal Malamute got the better of his smaller sibling. The two playful dogs ended their game by licking each other.