For fans of the Pittsburgh Steelers, the 2006 Super Bowl will be remembered as the time the team won its fifth championship. For everyone else, the most cherished memory may be the Budweiser Clydesdales’ television commercial.

The Budweiser Clydesdales are nothing less than Americana on hooves. The horses made their debut back in 1933 — this was the Anheuser-Busch Company’s unique way of thanking the nation for repealing Prohibition! In the many years that have gone by since, the company has sent teams of these massive and prodigiously strong draft horses on tour all over the country to promote the company’s flagship product, Budweiser beer.

If you’ve seen the Budweiser Clydesdales in person, you know it’s more than just horses hauling a beer wagon. It isn’t often you get a chance to see horses like these. Back in the olden days, it was a very different story.

Immensely strong horses like Clydesdales were commonly used for heavy-duty farm work and for hauling weighty cargo like coal and, well, beer. Clydesdales are instantly recognizable not only because of their massive size (they weigh a ton, literally) but also for their distinctive hair-covered, and huge hooves.

In the 2006 Super Bowl commercial, a young foal is eager to get in on the act rather than just let the grown-up horses have all the glory. So he gallops into the barn and puts his head through the Budweiser wagon’s yoke.

At first, his struggle to pull the wagon is utterly futile: he’s a small horse, and it’s a big wagon. But before long, he manages to get it moving. The best part about this charming commercial is that it ends with a funny line!

We’ve posted this cute commercial below. Do you remember seeing it back in 2006 or are you seeing it for the first time? How did you like it? Let us know in the comments section and be sure to like and share! 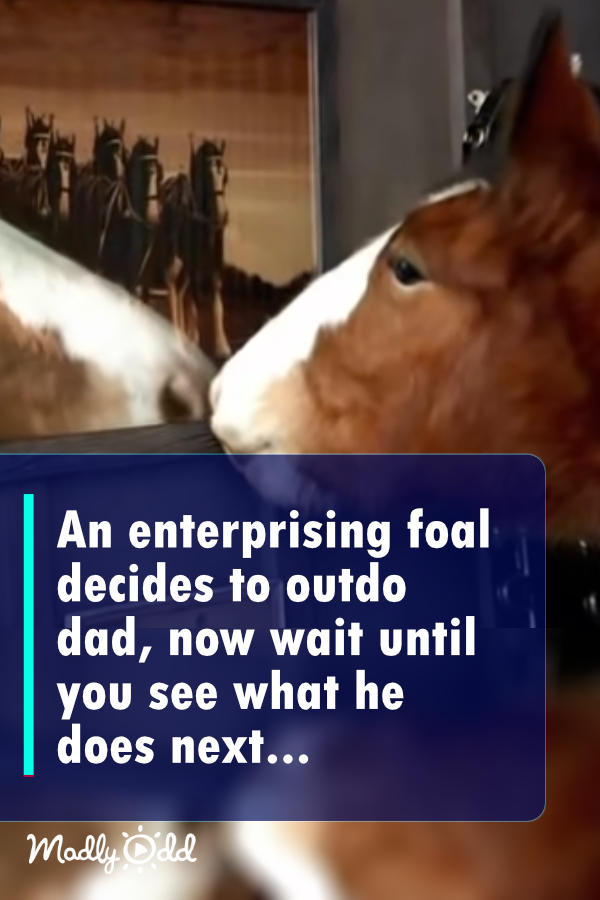