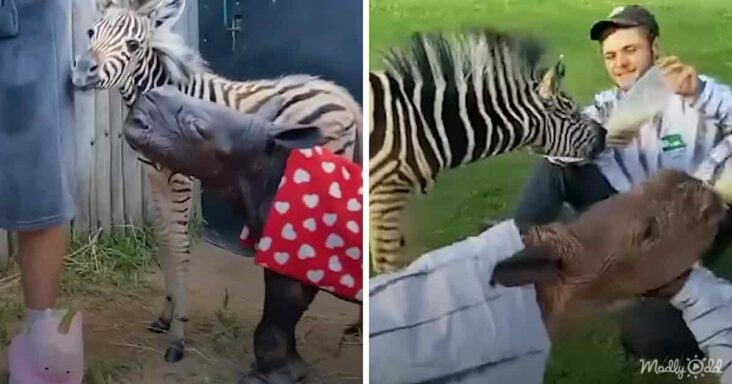 Modjadji, a baby Zebra, was found when she was just a week old. She was abandoned in a severe thunderstorm. The little one was fragile and withdrawn and desperately needed a friend. 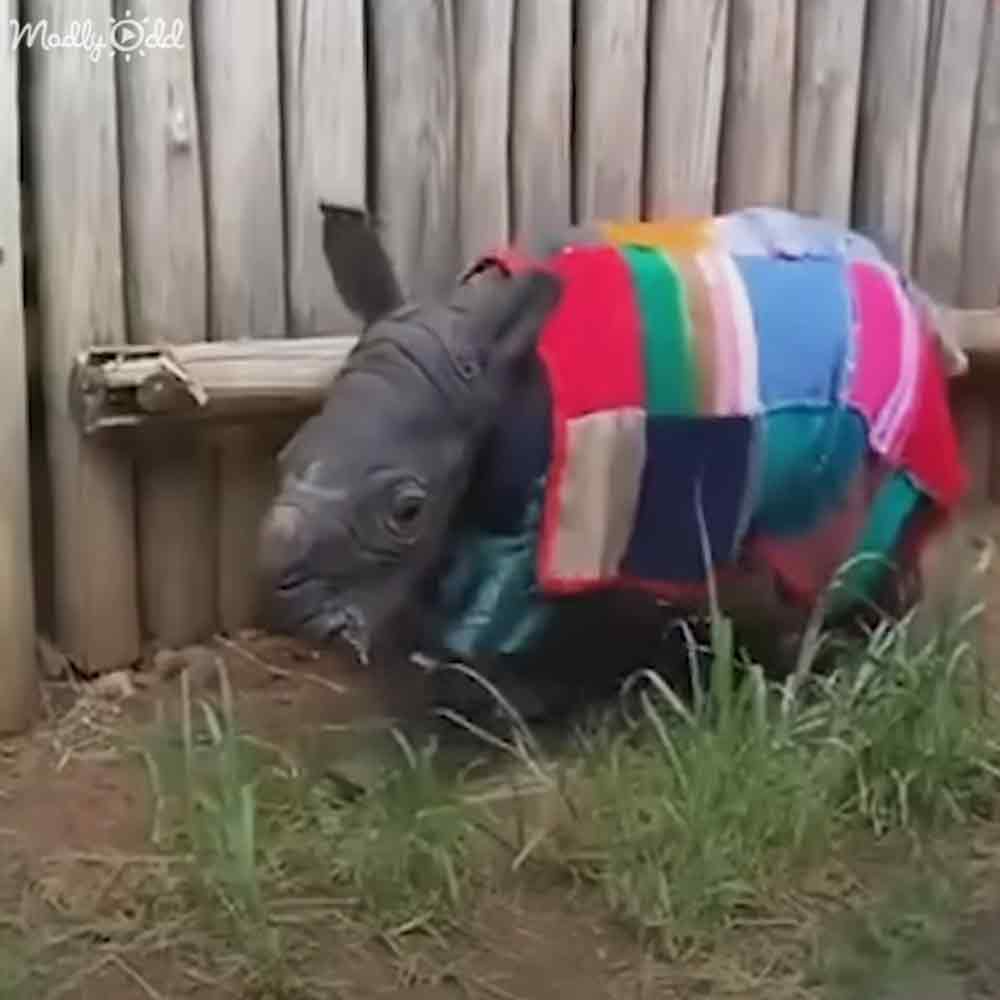 Petronel, who worked with Care for the Wild Rhino Sanctuary, recently found a Rhino baby whose mom had been poached. They named her Daisy. The little one was only a few hours old and could not stand alone.

It also became clear that the baby Rhino felt lonely and sought a friend. So, the volunteers at the sanctuary decided to help both of them. As soon as the two met, they were immediately filled with curiosity. 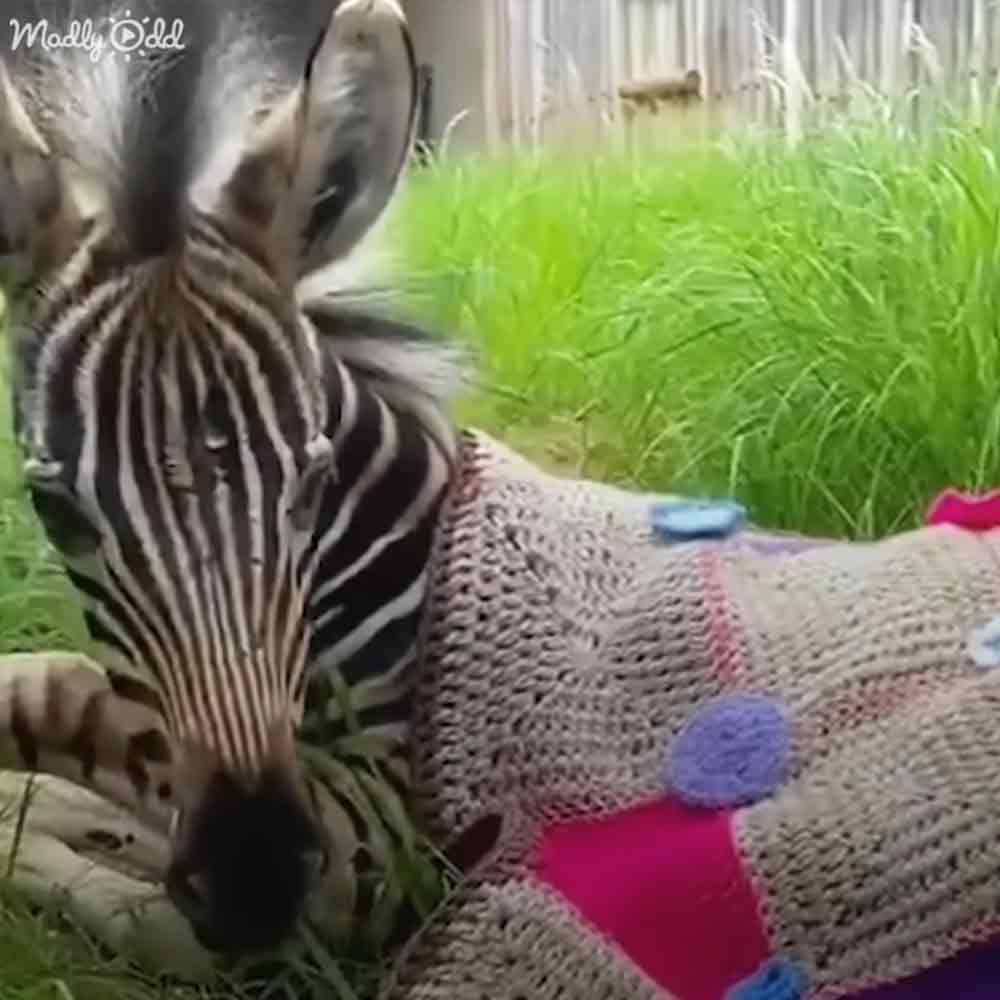 Soon, Modjadji’s personality began to shine, and she became a very enthusiastic zebra. Daisy was enamored with Modjadji’s energy. Likewise, Petronel was happy to find her trot for the first time.

Daisy began following Modjadji everywhere, and neither showed any signs of being sad or lonely anymore. The two of them were inseparable. Petronel decided to give a mud bath to the baby Rhino as the climate was too hot. Soon, she started to get regular mud baths as she grew. 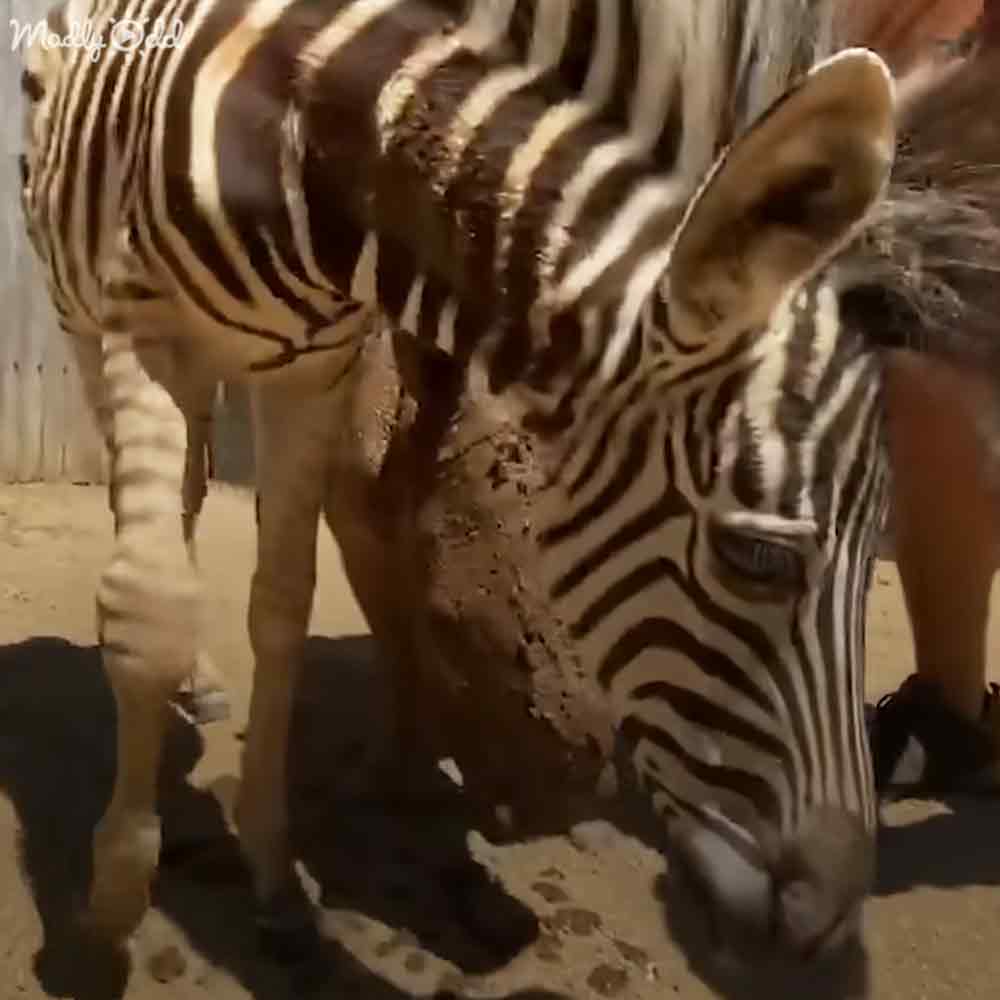 Of course, Modjadji was often nearby, asking for the same spa treatment. So instead, she got brushed as Zebras don’t need mud baths. But then Daisy wanted to be brushed too. So they formed a unique bond between them.

Petronel was proud of the two animals as they had become very independent. The two had learned how to explore the world on their own. The kind woman believed that one day these two little beings would be free to meet other zebras and rhinos in the wild and have their own families.