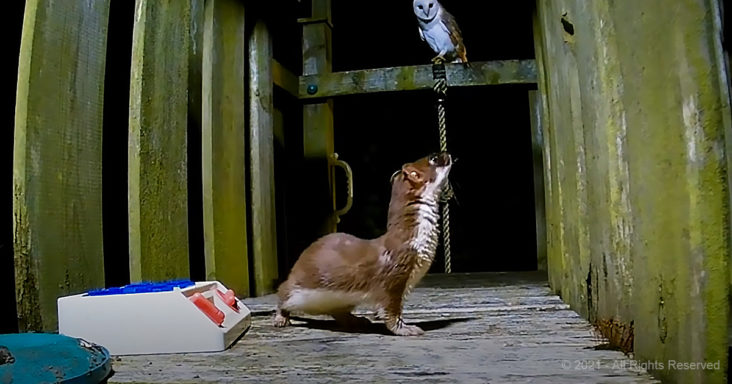 When Robert built a backyard playground for his children, he didn’t know that local animals would also join in on the fun. In fact, multiple species took to calling the playground their own.

A number of species found things to do to occupy their time on the playground. Stoats explored toys left out, badgers checked out the pool, and owls relaxed on the trampoline and railings. The backyard even got visits from rabbits, deer, and foxes. The animals usually explore the swing set after dusk (or sometimes when the children aren’t there!).

The family started to feed the animals when hedgehogs started visiting. Eventually, they got creative and placed food on the climbing wall to challenge badgers in finding it. One tries his hardest, but can’t quite figure out how to use the rope to his advantage.

While the playground was built for them, the daughters enjoy that their playground gets visitors. Robert says he thinks it’s cool that they get to share a unique space with local wildlife. His daughter Rubes said that her favorite animal is probably a badger.

Meanwhile, Robert likes seeing the stoats and the weasels. “They have such a sense of fun and mischief and intelligence, as well,” he said. A family of stoats was the first to visit the set.

Sometimes, rival species can even be seen together. “…in our garden, there’s many a tense moment,” Robert said, “but on the climbing frame, there seems to be this really uneasy truce there. 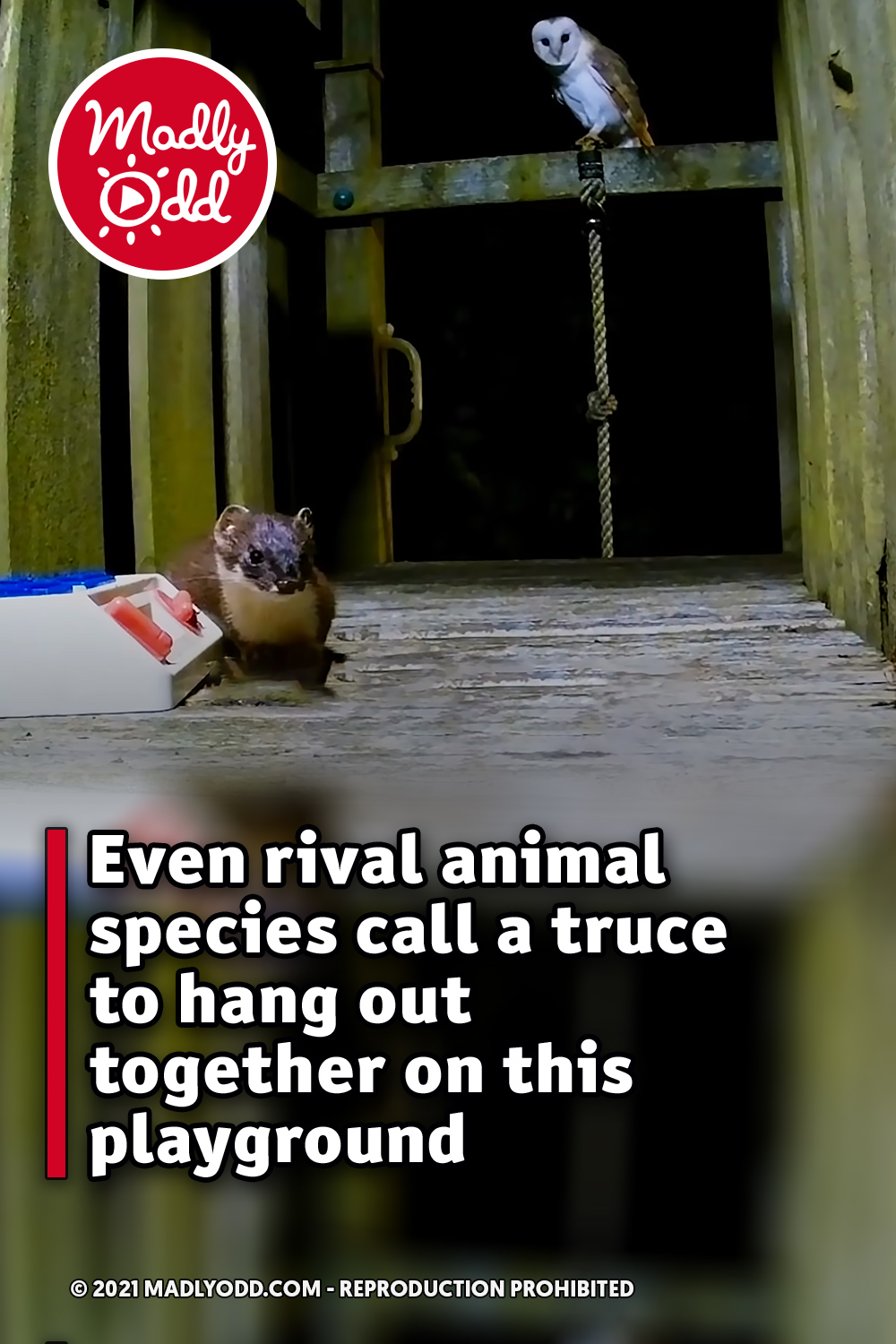