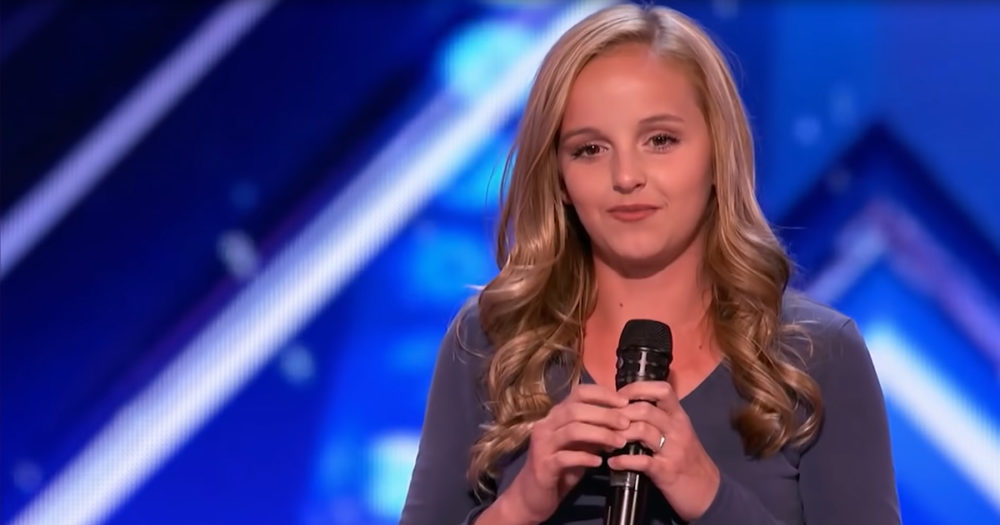 When a visibly nervous Evie Clair took the stage before the cold stare of Simon Cowell and the other judges on America’s Got Talent, one had to wonder if she’d make it through the intro of the song, much less bring the audience to tears. She announced that she would be covering Macy Gray’s tear-jerking love ballad “I Try.”

“What do the words mean to you, Evie?” asked Cowell.

“Kind of that a lot of things are happening now, and we don’t know what’s going to happen next,” replied a choked up Evie.

There was a reason for her emotional fragility at that moment, and it wasn’t due to stage fright. The Florence, Arizona teen’s family crisis gave the song a different spin and spoke to a different kind of love—that of a worried daughter for her cancer-stricken father.  I try to say goodbye, and I choke, try to walk away, and I stumble, though I try to hide it, it’s clear, my world crumbles when you are not here, goes the song’s unforgettable chorus.

By the end of Evie’s beautiful rendition of the song, the audience was on its feet cheering wildly.  Tragically, just one day after Evie heard the news that she had made it into the show’s final round, her dad, Amos Abplanalp, passed away.

AGT offered Evie a chance to postpone her appearances on the show and return to compete the next season, but she elected to perform in the finals to honor her dad.

Since then, the hardworking Evie, who has been playing piano since age two, has released her first album, entitled Okay Day.  Not bad for someone who auditioned three times before making it onto the show, which has revived the old variety show format and is still going strong after more than a decade.

WATCH: Simon promises to buy him a puppy after he sings ‘You Raise Me Up’ on America’s Got Talent

The program is well-known for celebrating the country’s sense of individuality and artistry in a traditional talent show format, although jammed with glitz, glamour and celebrity gloss. The show doesn’t only feature singers, but a wide variety of performers from magic acts to standup comedians.

Contestants who pass the televised audition process compete throughout the season for a million-dollar award given on the season finale.