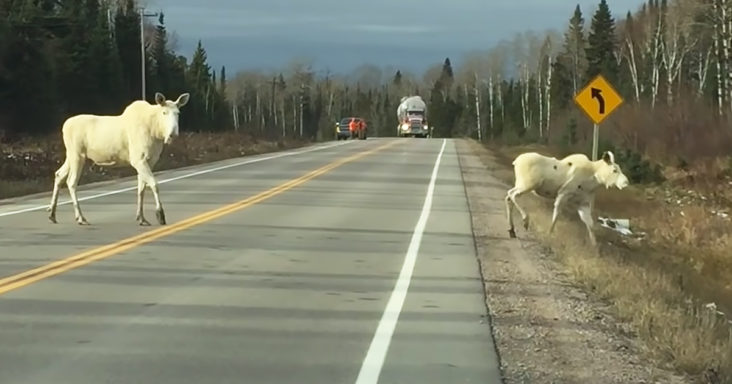 Mother Nature has been known for its diversity. However, there are various scarce animals. It is still tough to believe that these beautiful and exceptional animals exist today. The reason is that it is difficult to spot these exquisite animals. 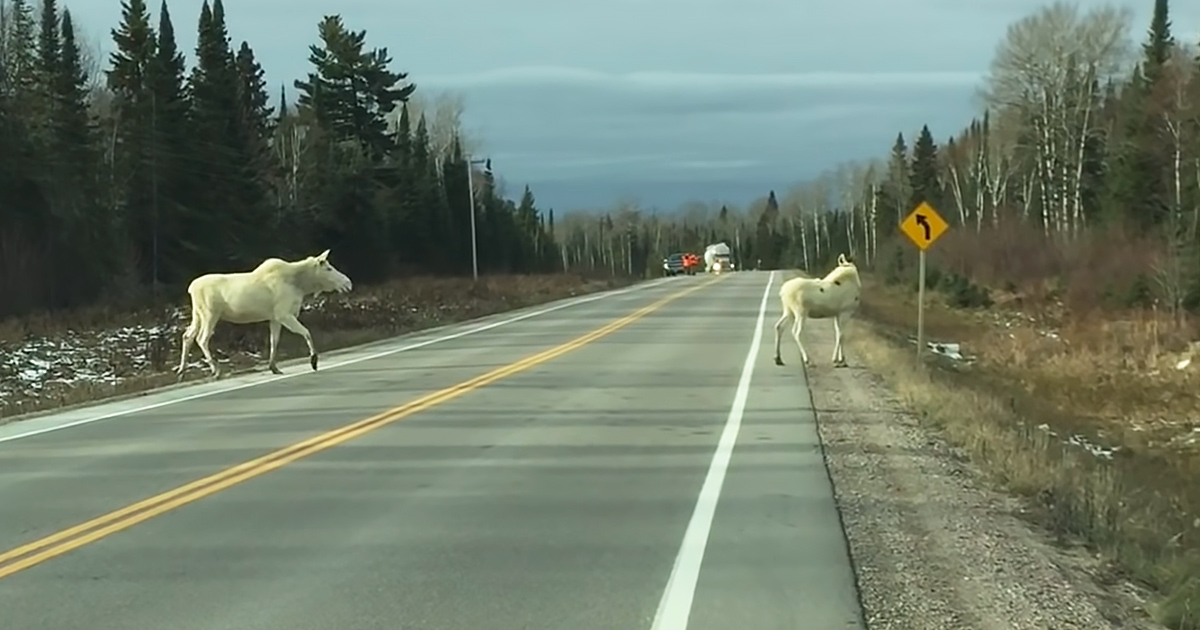 However, one woman, Jackie Burns Loyer, was fortunate enough to have spotted a mother moose and her calf. The beautiful white moose and her little calf were crossing the highway.

Jackie was at the right place at the right time. She was driving through the highway area covered with trees and forest shrubs in Northern Ontario. The woman was surprised by this rare sighting, and she immediately started to capture the moment. 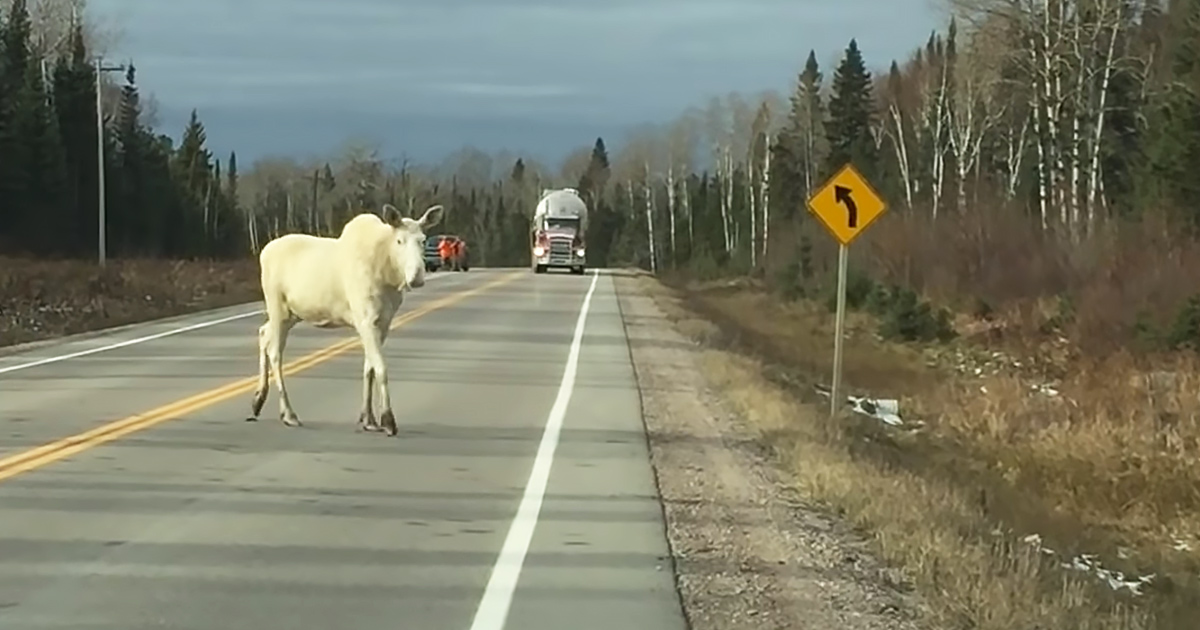 Also known as spirit moose, they are known for good luck. Some people also call them ghost moose. The skin and the fur appeared to be white because of the recessive gene making them very different from the others.

This gene makes them stand out amongst their herd. The mama moose and her calf strolled through the highway. They were in no rush to cross the road and enter the bushes. 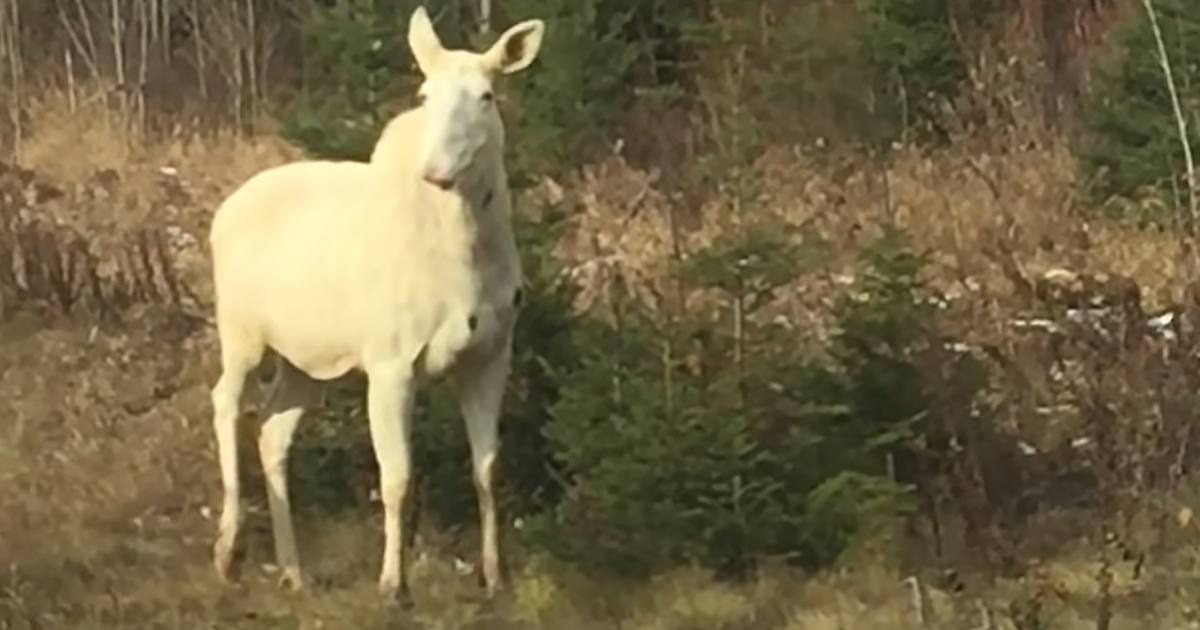 The calf had already crossed the road. The mama moose followed her child. Jackie had switched off the ignition as she did not want to scare the mama moose and her calf.