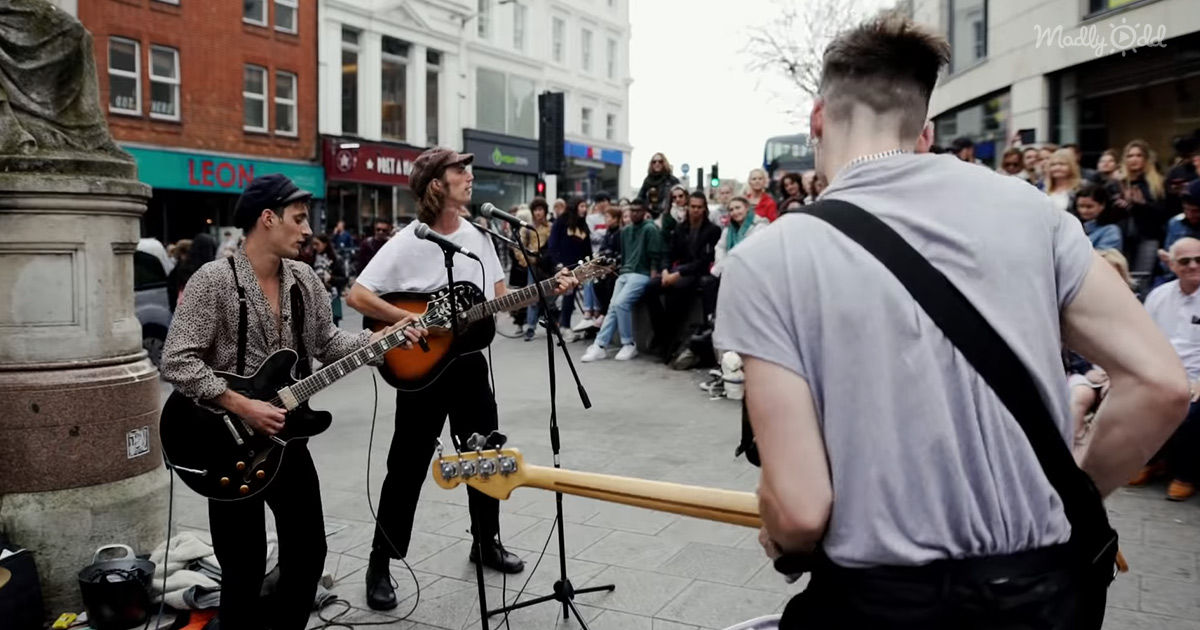 On a crowded street in Brighton, four young performers captured a huge audience of onlookers with their imaginative cover of The Who’s ‘My Generation’. With wild energy, flamboyant moves, and killer vocals, the band kept the crowd rocking throughout the whole song.

The Big Push, an energetic new rock group made up of songwriting trio Ren, Romain Axisa and Gorran Kendall, took to the streets of Brighton last year to debut their own version of The Who’s hit “My Generation.” With their infectious energy, it’s no surprise that they had the crowd clapping along with them right from the start.

Emulating the stacked harmonies from the original tune, this performance features three vocalists – the main singer (also on electric guitar), the bass player, and acoustic guitar player, proving that not only are these players well versed in stage performance and creative arranging, they also are multi-talented instrumentalists.

While performing their classic rock-inspired music around the UK, The Big Push has managed to attract crowds of over a thousand people, and have acquired a huge social media following. Though they might not be a household name as of now, these boys have a bright future and will surely take the music industry by storm in no time.