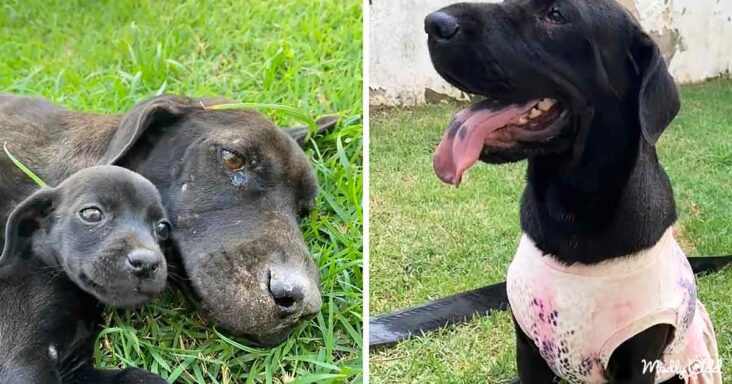 Recently, a team of rescuers from Abrigo Animais Aumigos found a mother dog with her three puppies. The family was lying on open ground, and all four looked exhausted. The mother dog was crying due to her incapability to feed her puppies. 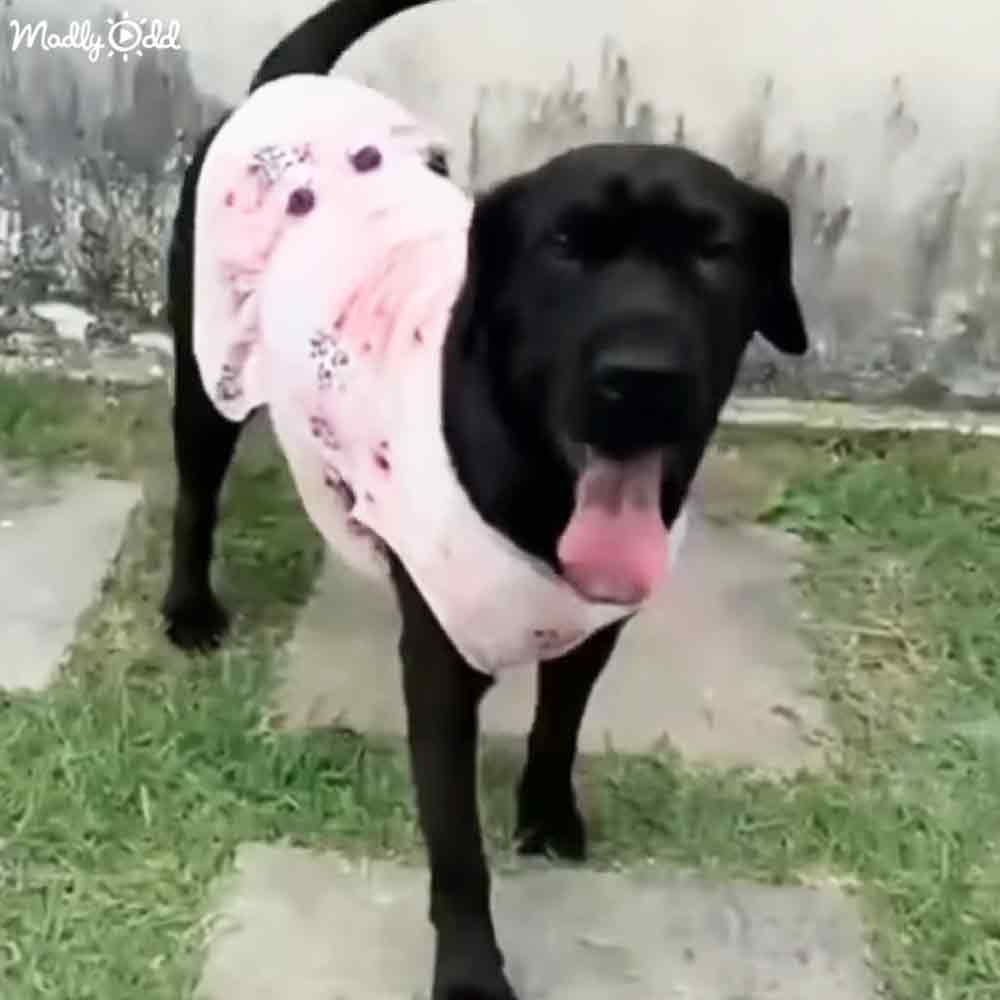 Paola, the mother dog, was exhausted due to hunger, and her kids had no milk to suckle. The family lay motionless on the ground, and things seemed very bad for them. The rescuers thought the family hadn’t gotten food for a long time.

The mother dog could only close her eyes and bear the pain. But, on the other hand, the puppies seemed to be in sheer pain too. The family was malnourished and very weak. The puppies also grew up in misery and poverty. 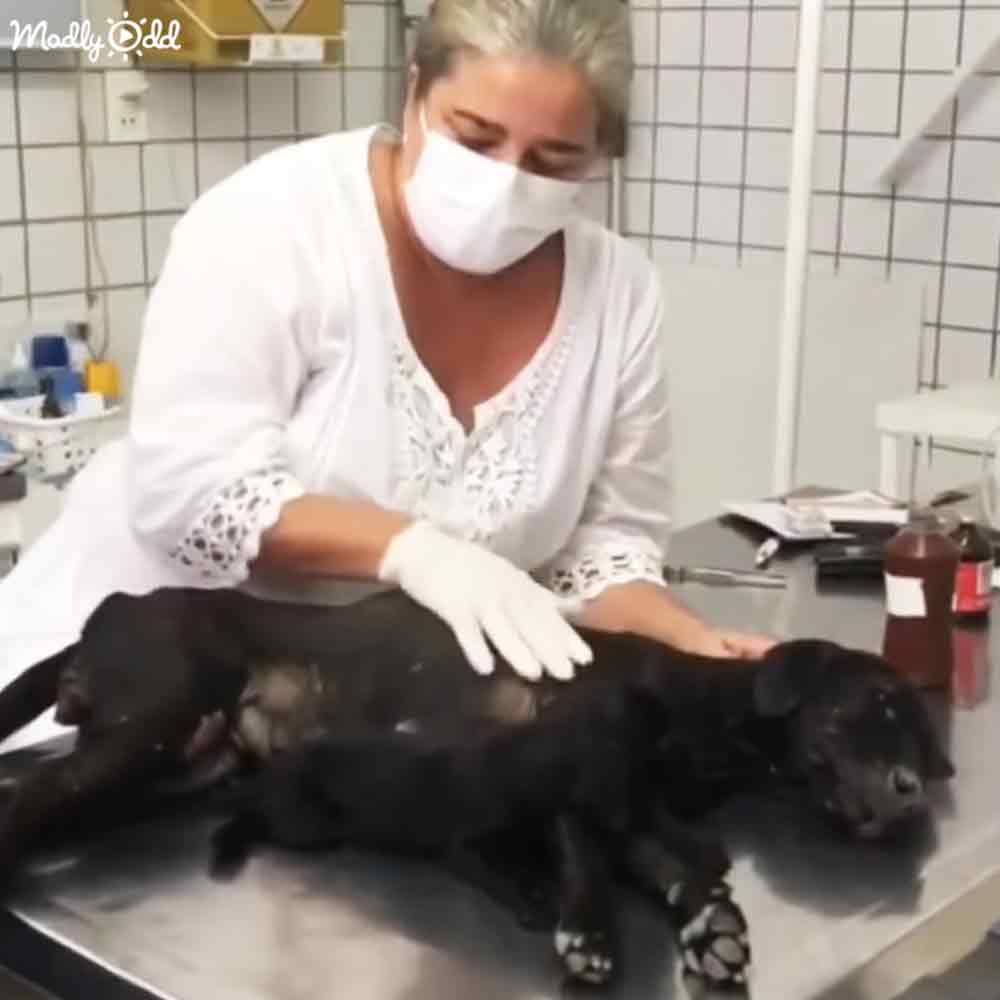 The rescuers immediately fed the mother dog a bowl of food and took the family to the vet. Unfortunately, the vet discovered that their bodies were covered with ticks and were severely undernourished. In addition, two puppies were better than the third. Thus, the two healthier puppies were kept separately.

The dog family was cared for at the rescue center and received nutritious foods to help them get back in proper health. However, they could not feed the mother dog much because her stomach was very tight. 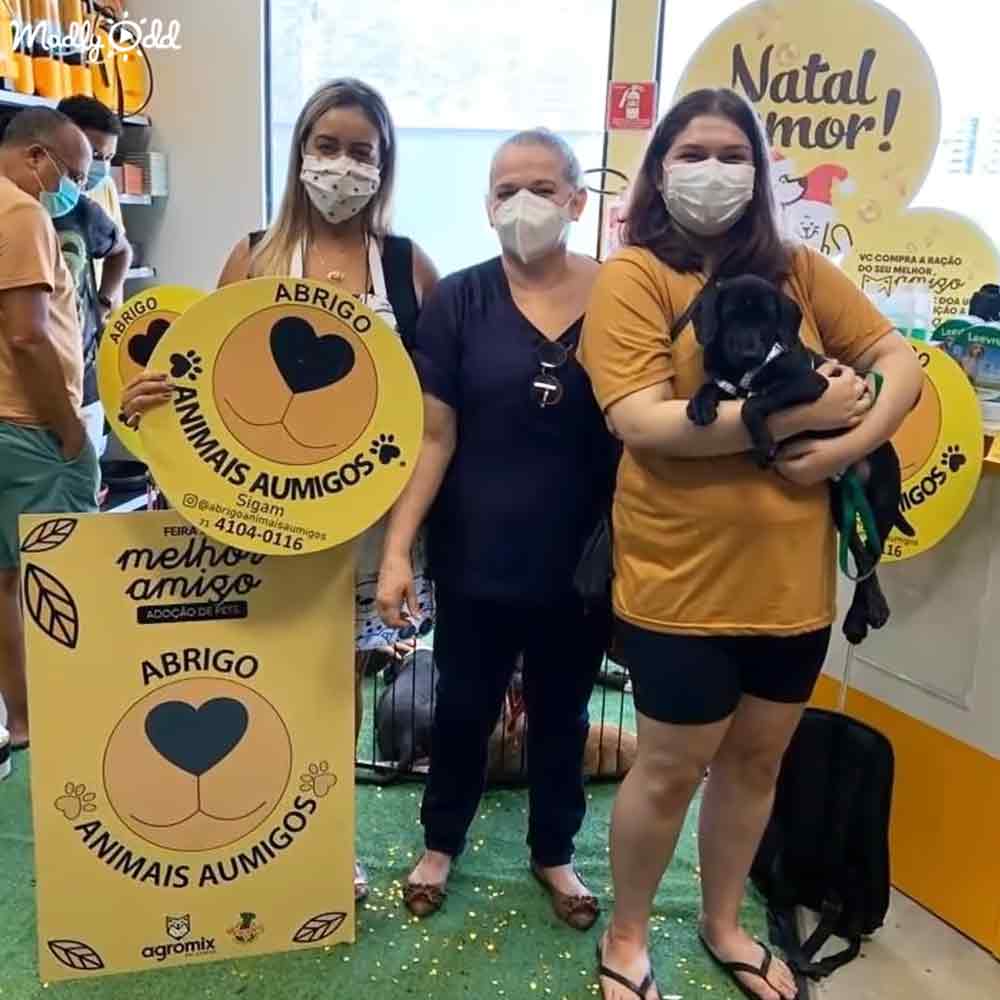 Paola no longer doubted her rescuers and got friendlier with them. She could now walk around by herself. After almost 2 months, Paola was completely healthy. Her health condition improved after regular care and food at the rescue center. Her three puppies were adopted by kind families, and Paola led a happy life. 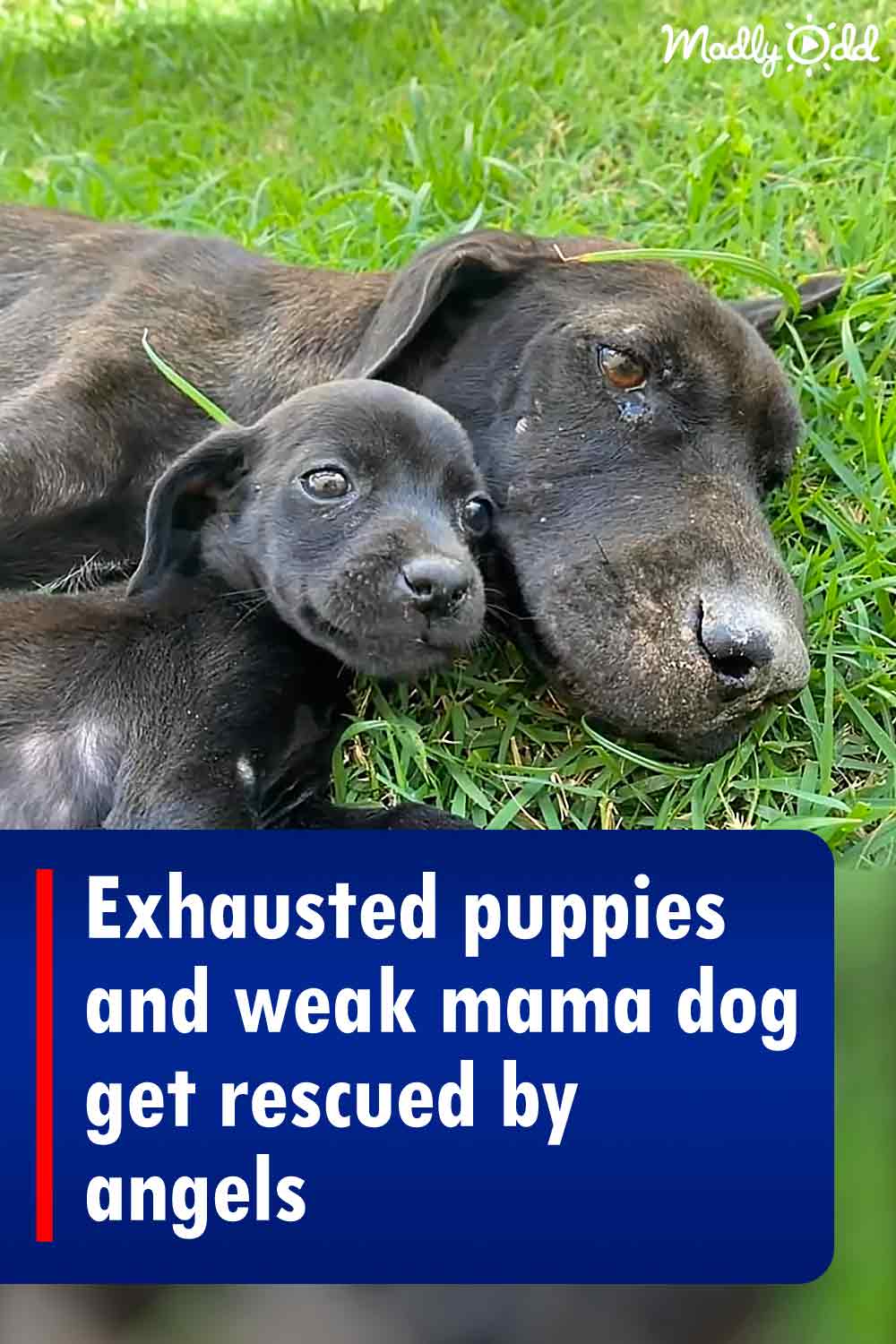