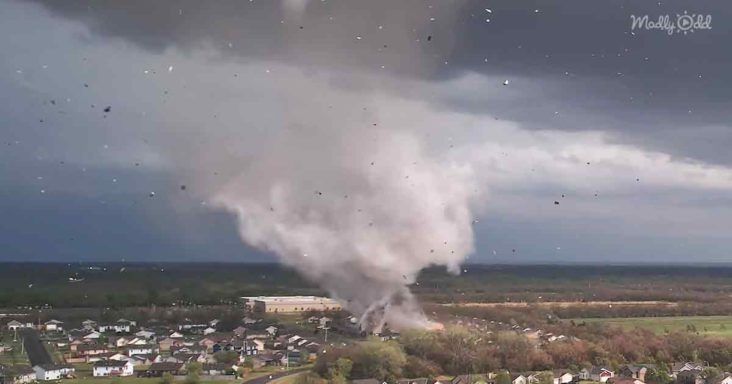 Tornadoes are amazing and terrifying acts of nature. It is hard to look away when you see such a powerful force in all its glory. The devastation a tornado can cause is intense. 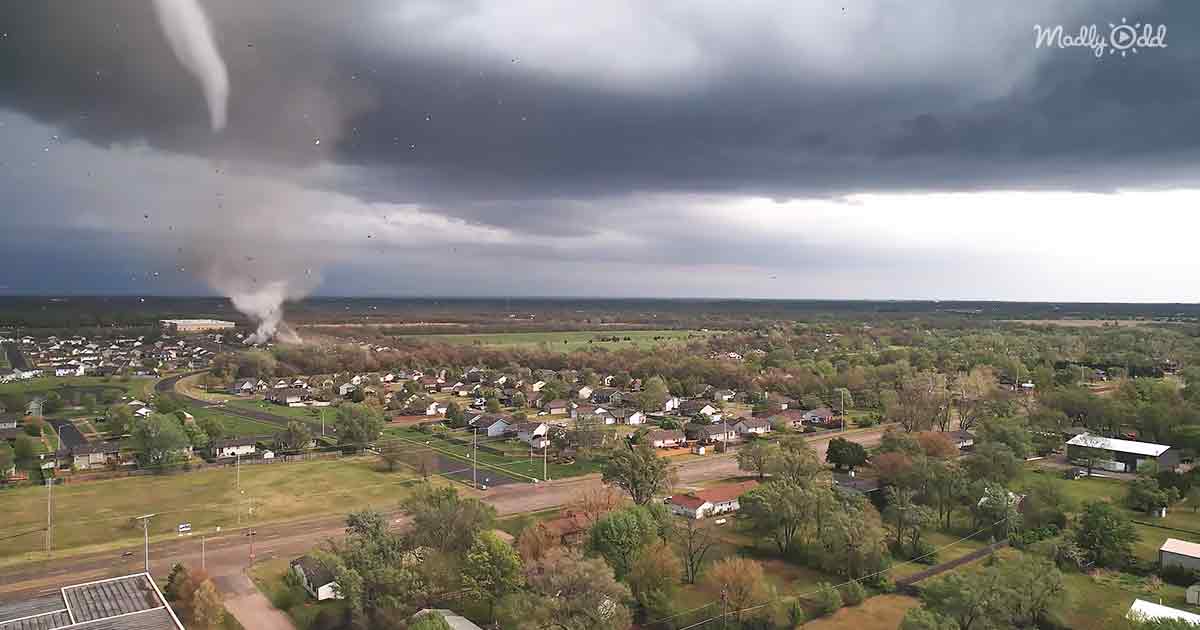 It can be challenging to secure footage of a tornado’s power and destruction. However, a ‘Dominator Drone’ captured a powerful tornado vortex in Andover, KS. Thanks to the drone, the immense damage along a narrow path is clearly visible.

The view is like something out of a Hollywood disaster movie. The powerful tornado throws debris into the sky and forms into different shapes while moving across a small neighborhood. 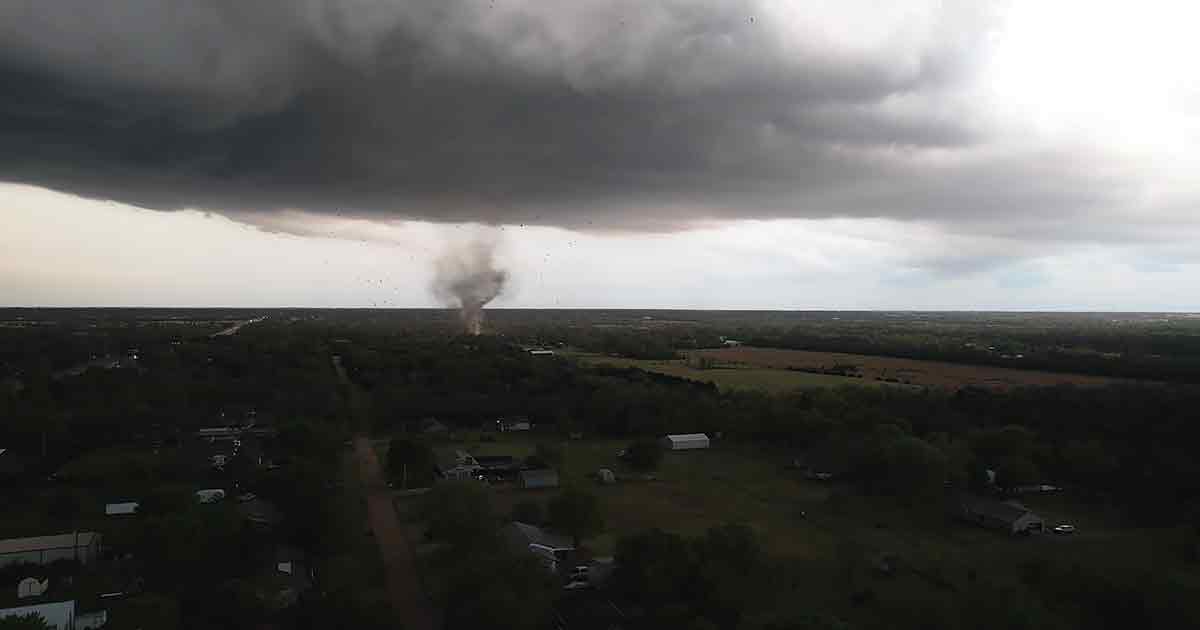 There are moments when the tornado is vast and spread apart and times when it is skinny. You can see power lines sparking as they blow along the streets. 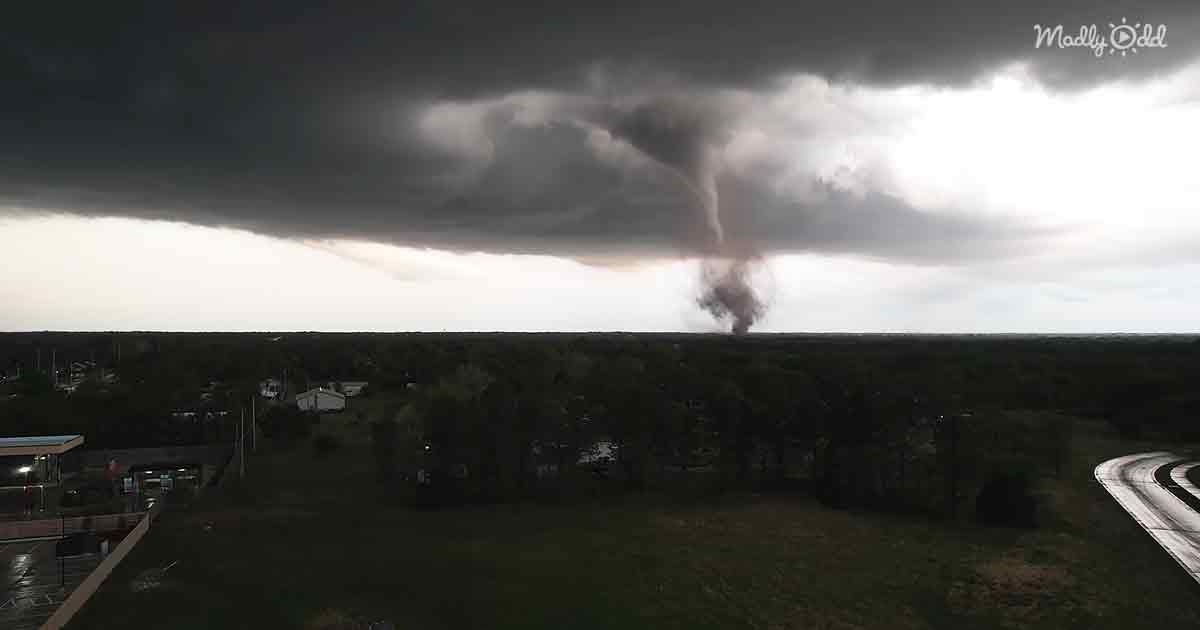 The most interesting part is the distant footage that shows the origination of the funnel cloud from a more enormous cloud above it in the sky. The floating debris stays in the air and looks like birds flying around the tornado.

This drone footage is possibly the best tornado footage you could ever see because it shows so many different shots of the storm. It brings the terror of a tornado to the viewer and shows the extreme power of nature.