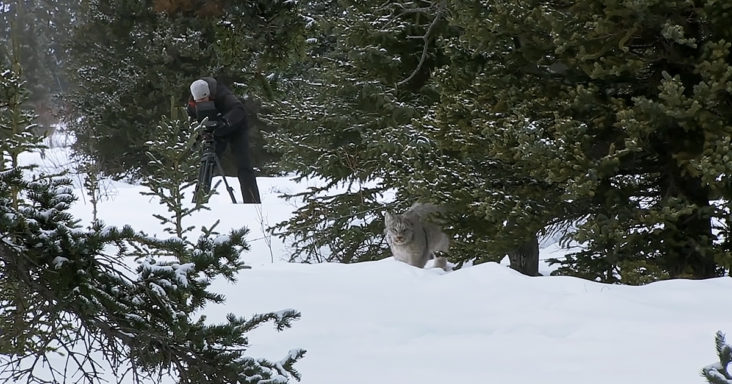 Sam Ellis works for the Wild Canadian Year team and specializes in capturing wild animals in their natural habitats. This time, Sam had to go endure the unforgiving Yukon in Canada to film these fantastic cats.

Famous for one of the last remaining wild territories on Earth, the Yukon territory in the North of Canada is rough and cold. It has an average annual temperature of 61.9 °F, but it is not uncommon for the temperature to drop to 70°F below zero.

The wild terrain and cold temperatures are perfect for the well-adapted lynx, but not so for a cameraman on a quest. Sam spent 76 days exploring the Yukon in an attempt to film these elusive animals. 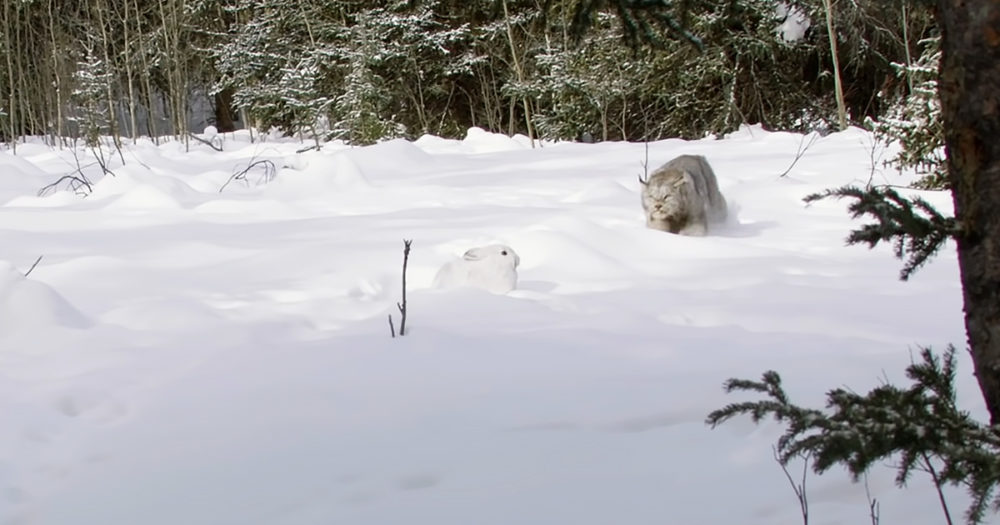 Some of the animals were tagged with radio transponders by scientists. Still, even though Sam could trace them using telemetry, their camouflage made it almost impossible for him to spot them.

Sam discovered that a specific lynx, Mad Max, became less shy and exposed himself more often to Sam. On day 46, the animal deliberately walked out in front of Sam and calmly strolled the snowy forest without scurrying away.

That’s when Sam realized that the lynx was strategically using him to spook rabbits out of hiding. This progressive relationship led to an unexpected close-up in slow motion of a snowshoe hare being chased down by the lynx.

This exhilarating hunting sequence was the first-ever captured on film. ‘It was the best day of my life.’ Sam Ellis said after witnessing and recording the chase. After such hard and spending so much time in the cold, many would agree that Sam deserves this magical moment.