Location? Hard Rock Stadium in Miami. When? On a Sunday in September. What? A cat. This cat became a huge internet sensation when witnesses shared the video of him falling online.

No one knows what brought this Tom Cruise kitten to the stadium during the Miami Hurricanes vs. Appalachian State Mountaineers game. But the falling cat became far more popular than the match between the two. 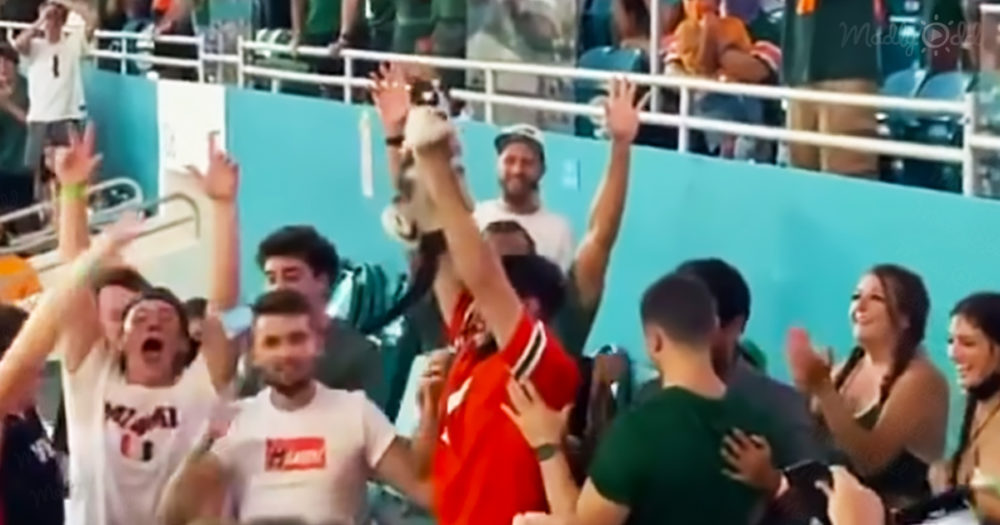 The cat first hid beneath the top deck’s awning and stayed there for a short while. People then tried to assist him, but the cat got spooked and slipped down.

The cat’s paw got caught as the poor baby dangled in the air. Sadly, no one on the top deck was able to reach the cat. The audience paused the game, and they began to save the cat instead. “Hang on! Save the cat!”

After hanging on dramatically with one paw, the cat finally fell. Several fans had already made provision for the falling cat. But the cat, through instinct, slowed his fall by stretching out his paws.

Craig Cromer and his wife untied the Flag from its railing, and it cushioned the fall. Shortly after, the cat was carried like Simba in the Lion King by a student, pronouncing that he was OK! The whole audience broke into cheering and celebration.