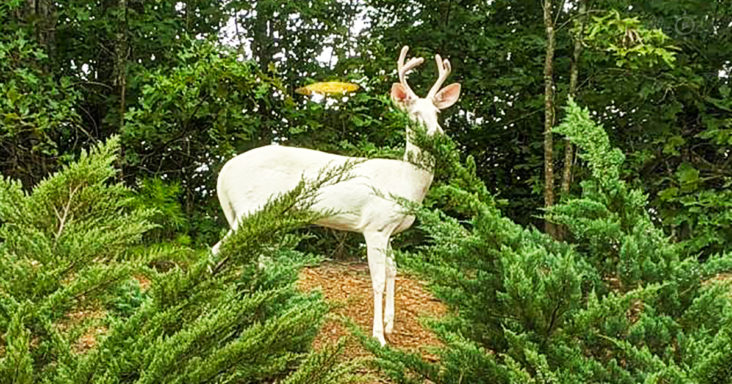 A rare albino deer was recently observed in a North Raleigh neighborhood, providing a more mystical and slightly less dangerous wildlife experience than what has lately been reported.

According to WRAL, there are only about 30,000 albino deer in the globe. Albino deer are white-furred animals with pink eyes, noses, and hooves, according to the North Carolina Wildlife Commission.

A family in the north Raleigh area captured the unusual animal on film and shared it with WRAL. “Is that Santa’s deer?” a little child can be heard asking in the footage. 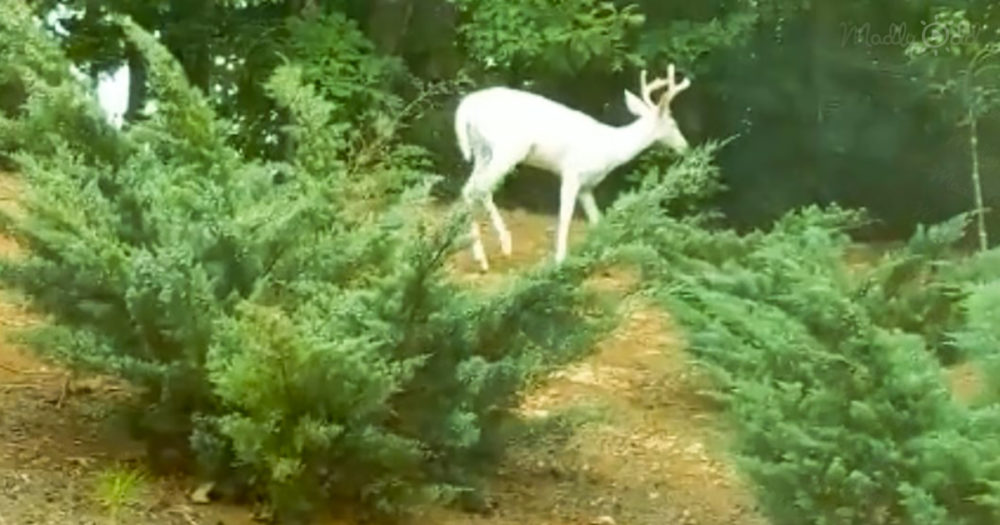 The deer in their area had crimson eyes, according to the family. Still, he couldn’t go closer than a few hundred feet without spooking it.

Piebaldism and albinism are two genetic mutations that can lead a deer to be totally white, according to Falyn Owens, an extension wildlife scientist for the North Carolina Wildlife Resources Commission. The color of a piebald deer can range from a few white splotches to all-white with dark eyes. Albino deer have crimson or pink eyes and are usually white.

Because the mutation that causes piebaldism is present on a gene associated with skeletal development, Owens believes that a piebald deer is far more likely than an albino deer to suffer these defects.

Piebaldism is more common, affecting one deer in every 1,000. Based on the North Carolina Wildlife Resources Commission, albinism affects around one out of every 30,000 deer.