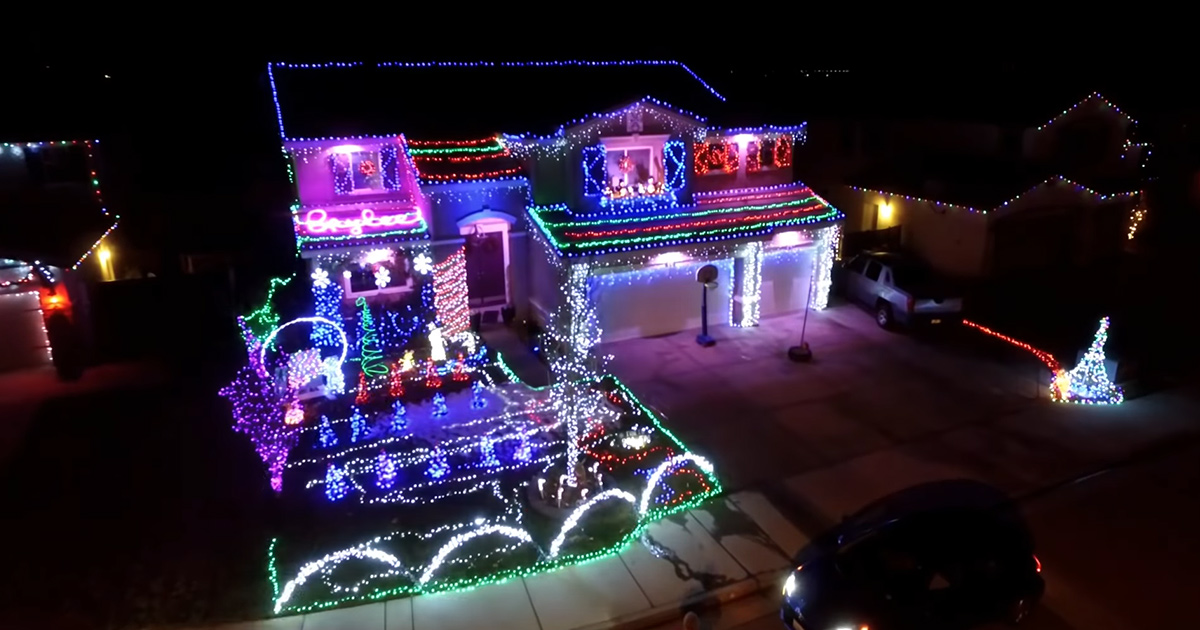 During the holiday season, houses all over the world will put up lights, inflatable Santa statues, mini mangers, and more. Some families, like this one, go as far as to sync the lights on their house up with a popular song to create an incredible show.

One common winter activity for many people is to drive around and look at all of the beautiful lights strung up on houses. It doesn’t take long for someone to stop driving to watch the light show on this house as it moves along to Disturbed’s rendition of “The Sound of Silence.”

While the song is originally by Simon and Garfunkel, a plethora of musicians have covered it over the years. As the tune starts, the lights begin to move and twinkle along to the beat of the music. We can’t imagine how long something like this takes to set up.

This particular light show has gained thousands of views online and even more in person. It’s such a unique song to pair with Christmas lights, but that’s what makes it stand out. We’re giving a round of applause to whoever put this stunning masterpiece together. 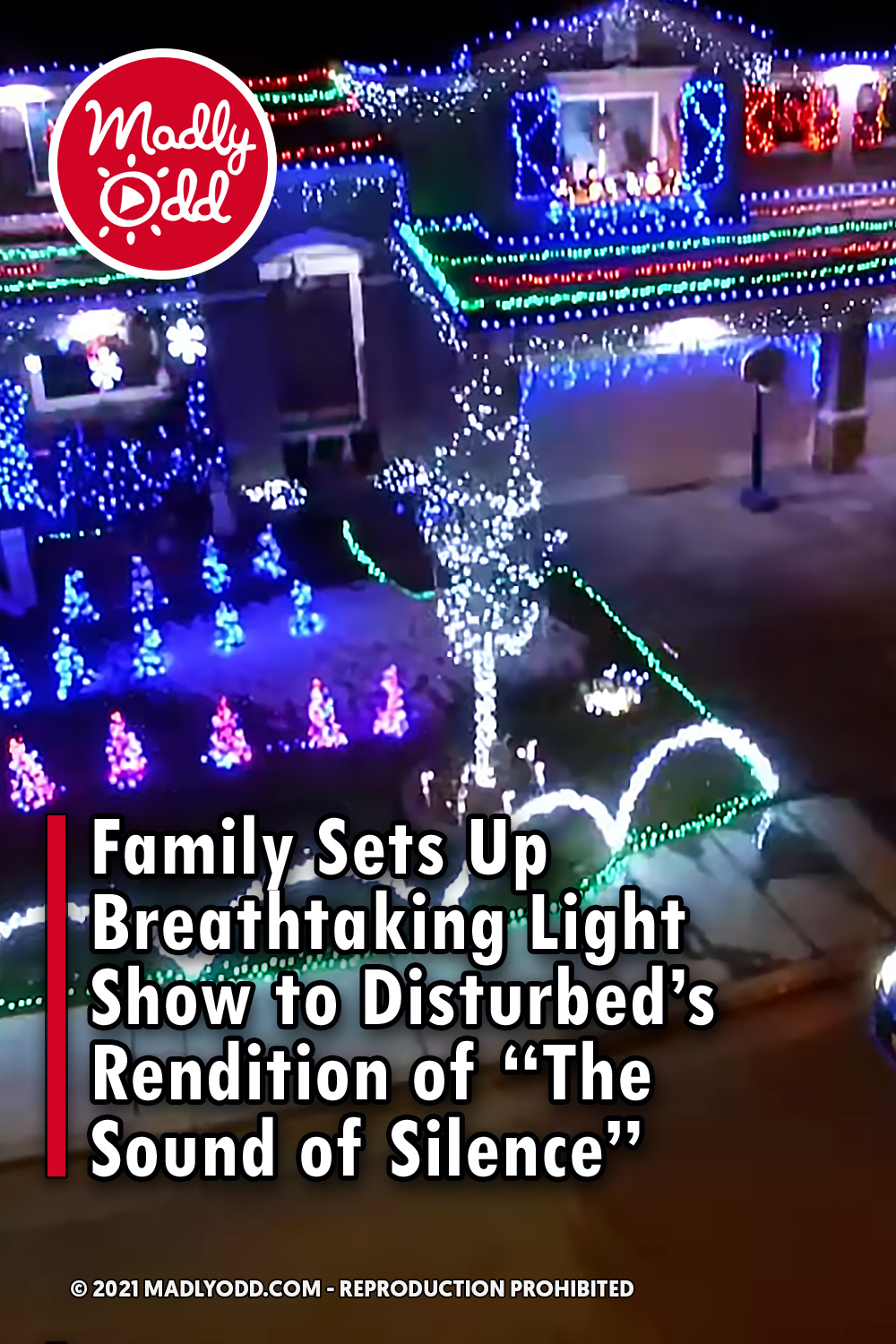