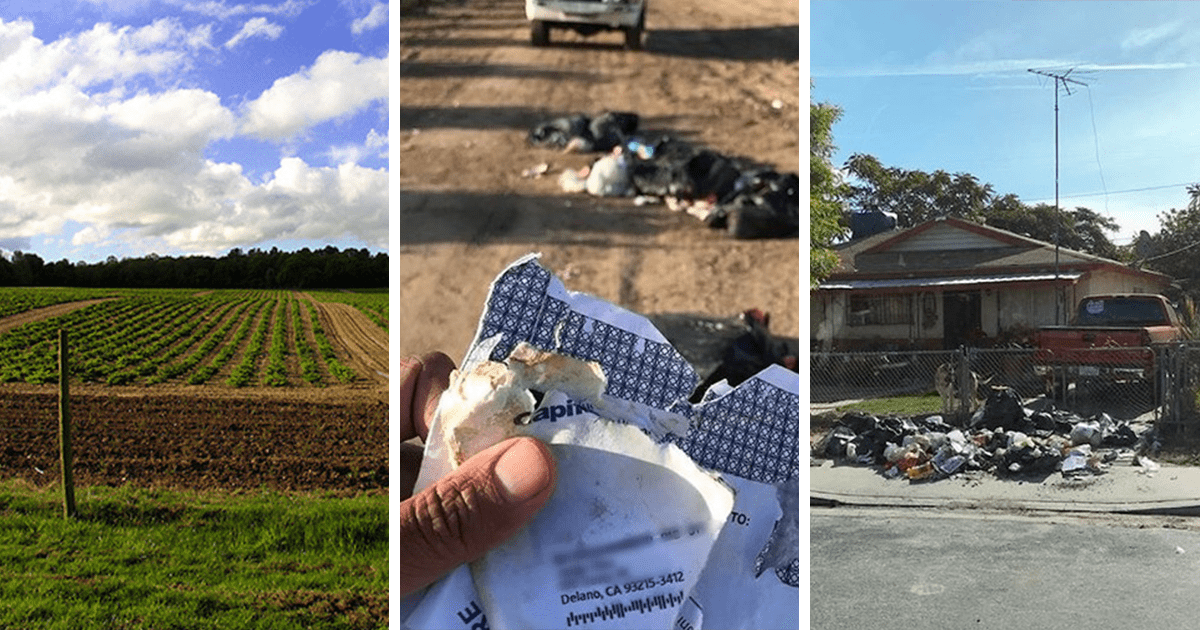 As anyone who’s gone for a drive in the countryside could tell you, farmland can be surprisingly beautiful, whether it’s rolling hills, plains as far as the eye can see, rows of corn, sheep-dotted fields, or funky old barns. In this case, someone obviously didn’t appreciate the rural landscape and also had no respect for all the hard work farmers do: he dumped a truck load of trash on a California farmer’s field.

Why he dumped the trash there is a bit of a mystery. For the vast majority of Californians, getting rid of trash and recycling is pretty easy. If you own a home, you just haul it to the curb. If you’re in an apartment building, there are going to be bins in the building or right outside. In other words, there’s no excuse for littering, to say nothing of dumping a big load of garbage on someone’s farm!

Unfortunately, a lot of people who dump trash where they shouldn’t never get caught. If they choose a good location (that is, someplace where nobody will see them), they’re almost sure to get away with it. The farmer had to have been in a purple rage when he started picking up this load of trash. But imagine the smile that played over his face when he found an envelope with the culprit’s address on it…

Perhaps with a spring in his step, the farmer loaded all that trash onto the bed of his pickup truck and headed for the address on that wonderful envelope. Before long, there was a nice big pile of trash in the driveway of a bungalow-style house. No, this wasn’t exactly where the trash belonged, but it was close.