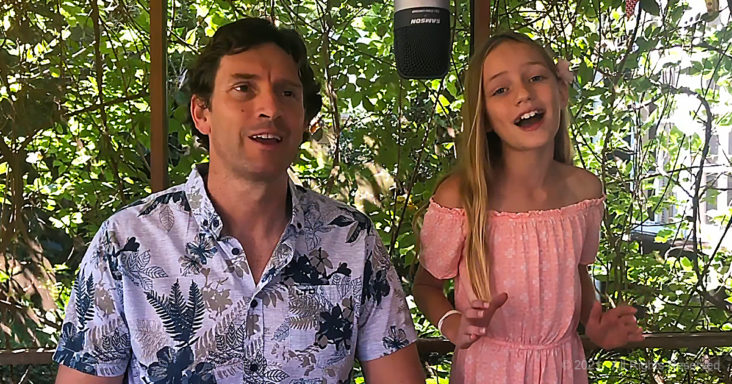 You’re about to watch the most incredibly talented father and daughter singing duo I’ve ever seen.

Adrian and Emma-Jean Galliard are an incredibly talented father and daughter duo who hail from South Africa. For a few years now, their soaring performances have been seen by millions of people worldwide.

Here, they cover ‘The Prayer,’ from the movie Quest for Camelot. The song was originally sung by Celine Dion and Adrea Bocelli. Their duet will transport you far from the trials and tribulations of the material world as you ascend heavenward.

They also cover ‘Hallelujah,’ written and originally sung by Leonard Cohen. Adrian and Emma-Jean love to perform at corporate and charity events and sing in a dizzying array of musical genres.

Emma-Jean is only eleven years old and was inspired to take up singing by her musical idol, Katherine Jenkins, a Welsh mezzo-soprano singer. Emma-Jean was stunned when the singer who she idolizes so much released a video of her and her father singing ‘Jealous of the Angels.’

People derive immense spiritual sustenance from their breathtaking performances, ensuring this talented twosome’s talents will be enjoyed by many for years to come.