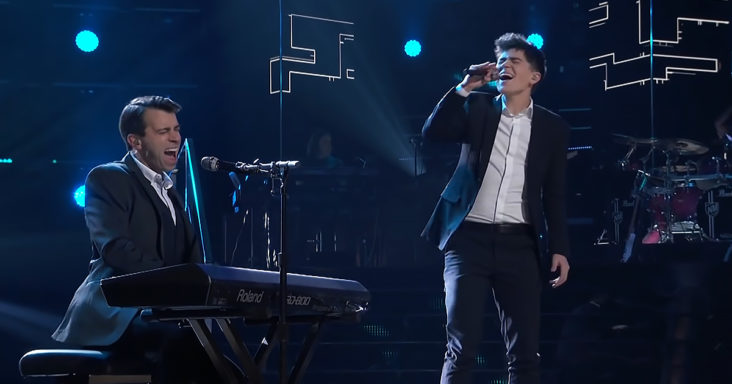 Jim and Sasha Allen performed ‘Hey Jude’ by the Beatles during the Top 20 Live Playoffs on The Voice. They had two minutes for their song and every second of it was magnificent.

The father and son sat beside each other. Both of them wore slick and dapper black suits. Jim was playing the piano, and he opened the song while Sasha provided backup vocals.

Ariana Grande couldn’t help but smile during their performance because they were part of her team, and they were singing marvelously. Sasha stood up as he continued to sing. 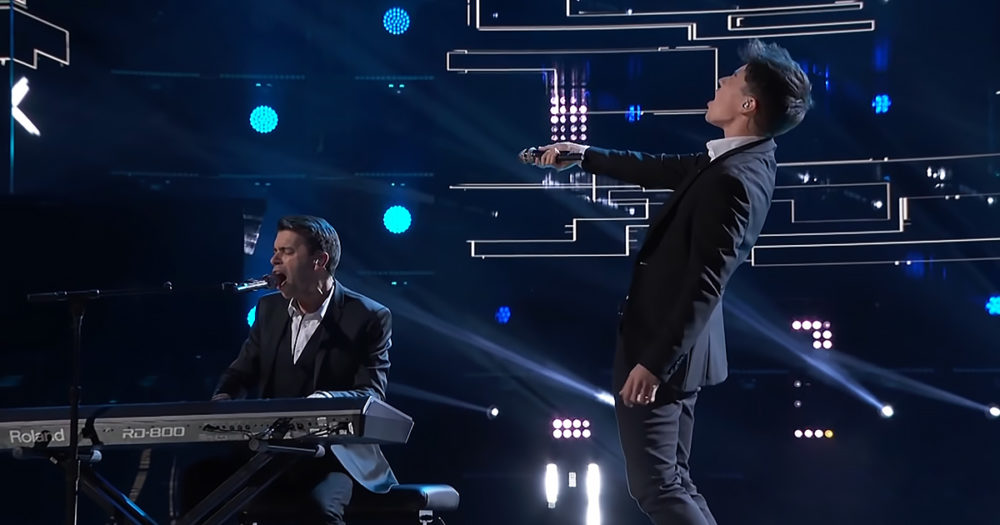 The audience cheered and applauded for them. It was a classic song that everyone knows and loves, and they made it their own. Jim’s voice was fantastic, and Sasha sounded like a rockstar.

Individually their vocals were phenomenal, and together they blended harmoniously. The way they performed together was mesmerizing to witness. Jim watched his son with a proud look in his eyes.

In the middle of the song, Ariana stood up and cheered for them. Sasha got down on his knees when the music became louder and more upbeat. All the judges loved it.

Jim and Sasha had big smiles on their faces at the end of the song. They were satisfied with their performance, and the crowd was as well. 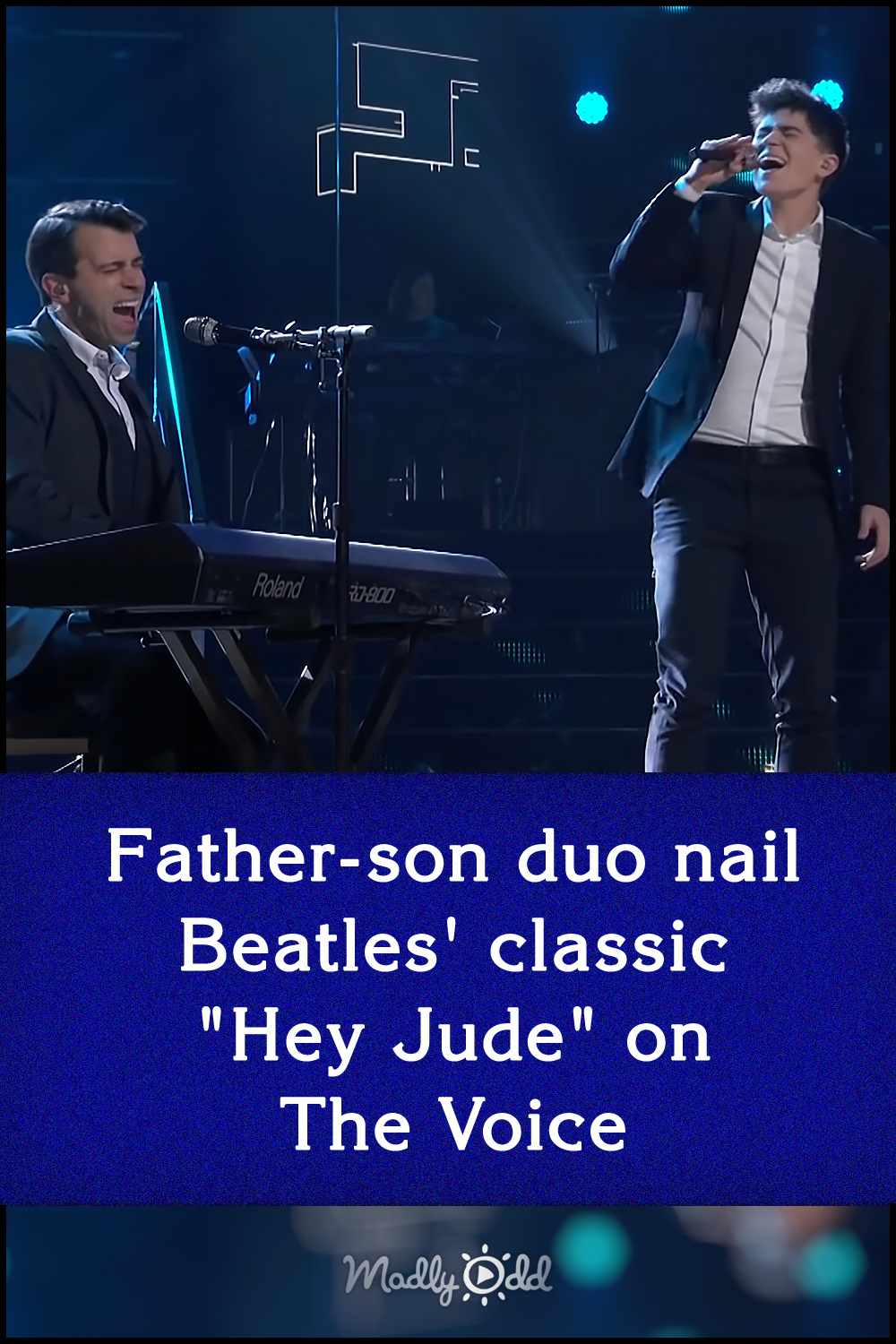