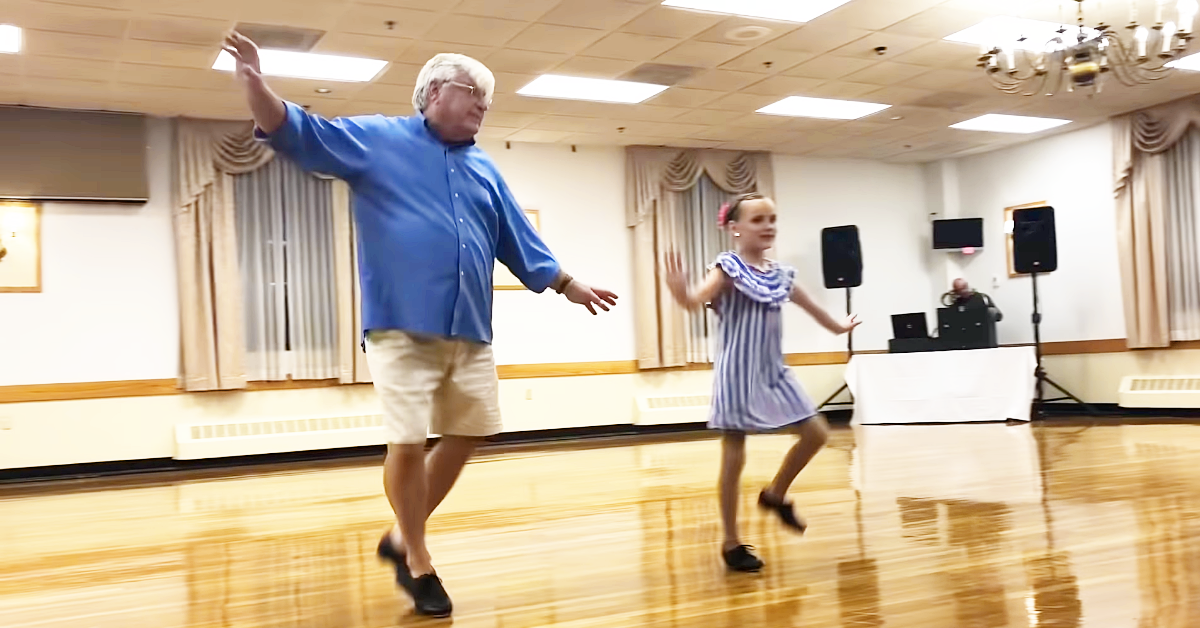 After posting just a small snippet of a performance, a mother saw such an outpour of pride from everyone who viewed it she decided to post the full-length video, and we’re so glad she did. With only six sessions to learn and practice this duo showed up ready to perform for this recital.

With a crowd cheering and awaiting you to come out I’m sure the nerves were kicking in for 10-year-old Maeve and her 72-year-old grandpa, but we couldn’t tell by their calm and collected demeanor.

As the crowd cheered, the announcer called their names and then let us know why we didn’t see any fear in the eyes of this duo. We found out that young Maeve was a fifth-generation stage performer. Performing runs in the blood of this talented family.

As the announcer went on Maeve and her grandpa walked out hand in hand with the biggest smiles on their faces as they were about to show the crowd what they were made of. As they got into their positions and the announcer started the music you could feel the anticipation from the crowd growing and then the bass hit and off they went!

Tapping away to the song, “When I’m Gone” by Anna Kendrick, most of us would recognize from the movie Pitch Perfect and various commercials on tv. Now, these two have taken the beat and added something we didn’t realize the song needed, and that’s tap! The sound of their tap shoes adds a delightful tune to the song, and everyone in the crowd was in awe. 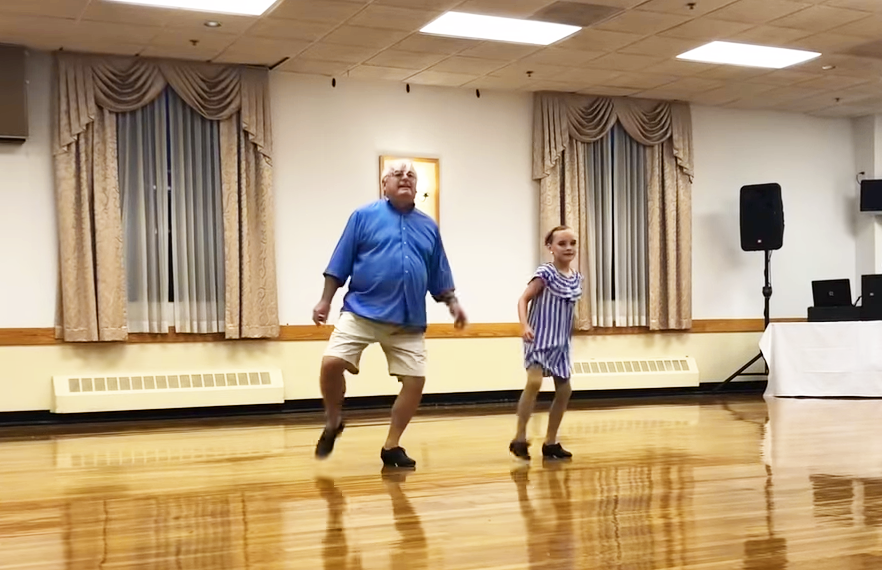 The duo not only shared parts of the performance but also each had several solo pieces to show off their tap-dancing skills. With the whole crowd captivated the pair brought the tapping session to an end with an unexpected bang. As the song slowed, the duo did as well until they hit the audience with a grand finale that was unexpected by all in attendance.

A cartwheel from both Maeve and her grandpa landed into a striking pose. Standing back to back as the crowd went wild for the pair you can see the happiness in Maeve’s’ eyes that they had captivated the audience. In her grandpas’ eyes, you can see the joy he felt from making his grandbaby so happy.

The mother of Maeve, who originally posted the snippet to her personal Instagram, knew she had to post the full-length video to youtube after she saw how much everyone loved it, and little did she know it would reach so many individuals.