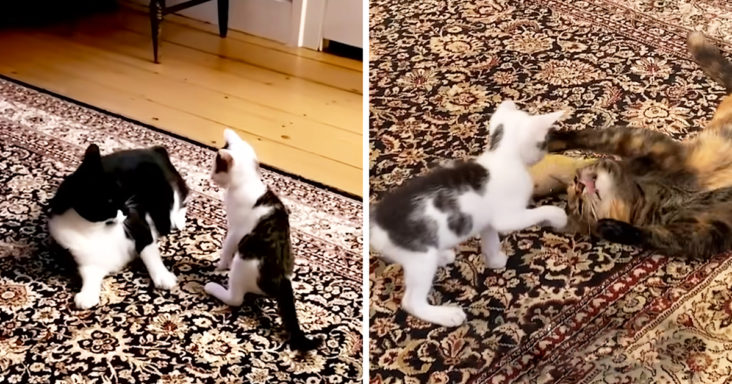 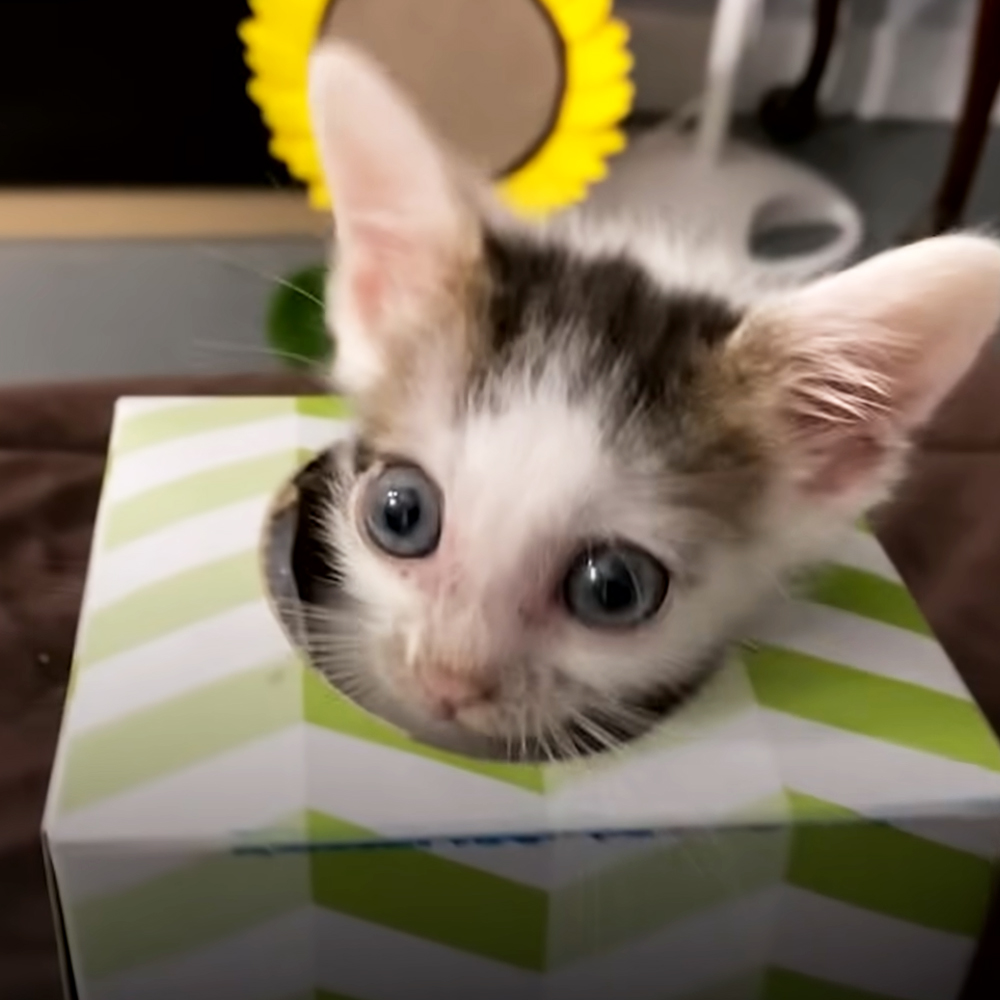 He could literally fit in an empty tissue box. His eyes were comparatively more prominent than his head. However, Kara never understood how such a tiny kitten could have a loud meow. Tritan always stood out. When the kitten was brought to the hospital, Kara gave him a little stuffed dog to make him comfortable as he had no one.

Usually, a 6-week-old kitten weighed about 1 lb. or 1.5 lbs. However, Tritan was just half a pound. It was concerning, and the vets found the parasite that he had was actually taking all the nutrition. It was life-threatening, and Kara had almost lost him. So after the kitten was given some medicines, Kara got him some cat food. 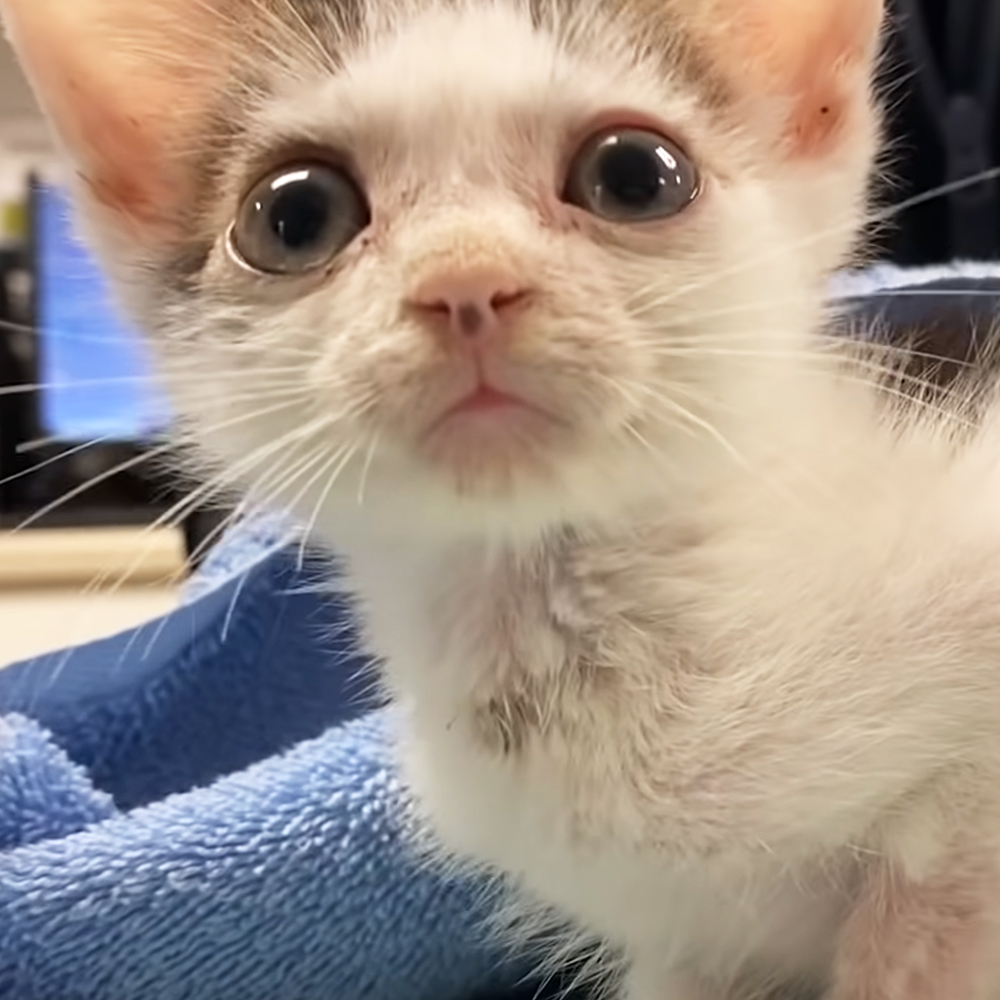 He was not afraid or shy of meeting his new siblings. The fearless cat did all sorts of antics and loved to play with Kara. She knew he would be fine once he achieved the right weight. Tritan still had the stuffed dog that Kara had given him when they met and loved it a lot. 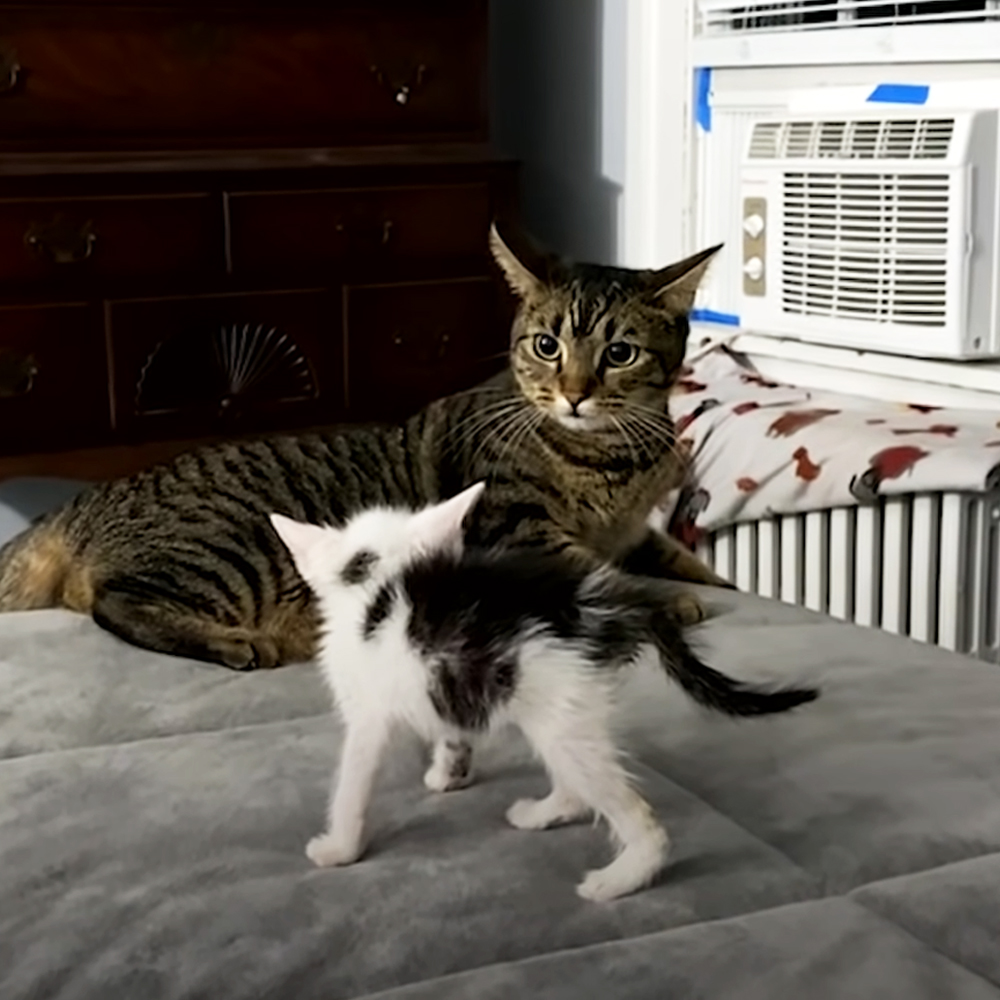 The kitten soon grew up and gained weight. He was now 3.4 pounds. However, compared to Kara’s other cats, he still looked tiny. The other cats weighed 8-to 12 pounds, but the little 3-pound cat was not scared of wrestling with them.

Tritan would run up to them and grab them by their neck. He just had no fear of the giant cats. After growing up, whenever Tritan found a tissue box, he would rip it apart and leave a trail of tissues. The little kitten was a fighter from day one, and Kara was glad to have him in her life.