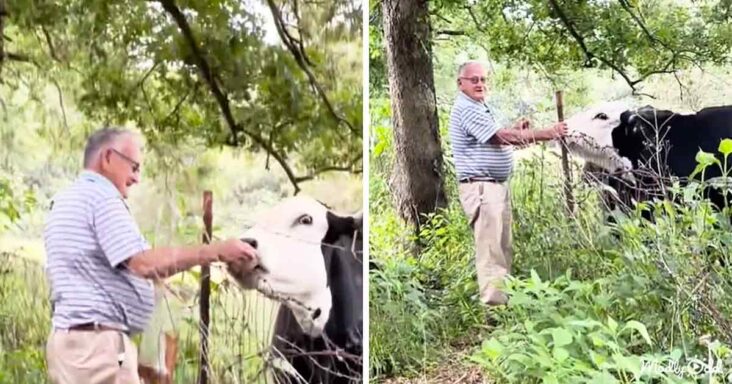 The scene begins with @milanda_campbell_raines and her Papa heading over towards a fence. Her dad shares a special bond with one of the cows next door, so he’s on a mission to say hello! 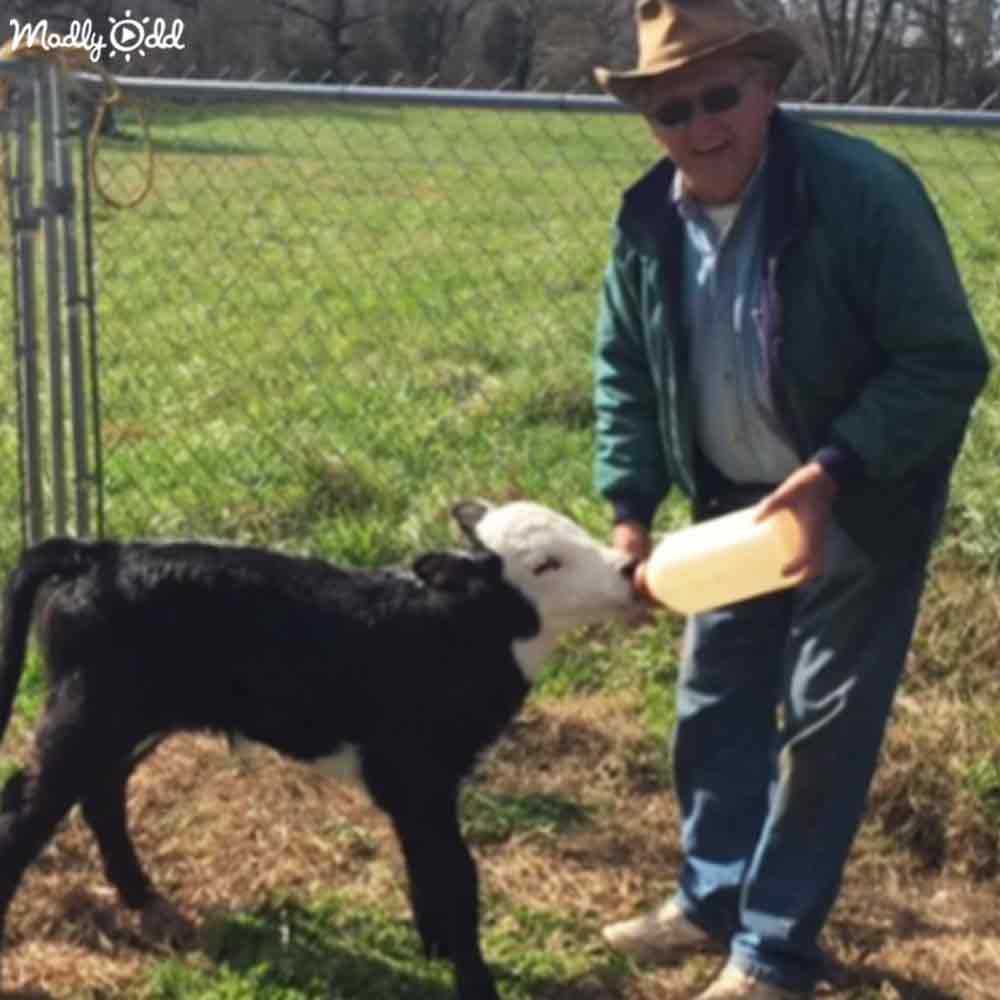 Pretty soon, the cow in question wanders up, and we get to see “Dolly” for the first time. Papa walks up to the fence to meet Dolly, and she greets him at the fence.

Papa begins to shower Dolly with love, telling her, “come here, let daddy see you. Hey baby”. This man is obviously overjoyed to see his favorite cow, as he has brought plenty of snacks and pets to give her. 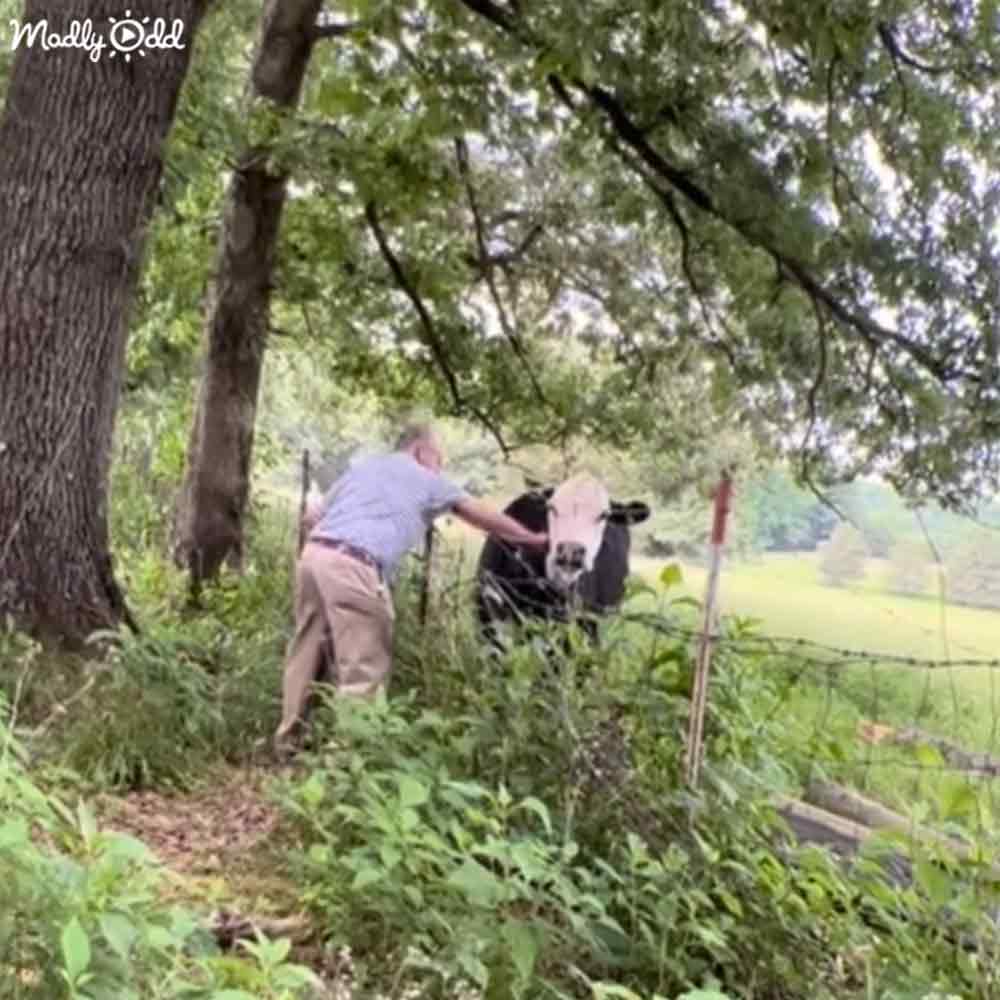 This interaction is cute enough on its own, but as Papa explains, there’s a backstory to the pair. Unfortunately, Dolly’s mother died when she was born. When Papa first came upon Dolly, she was hidden from view, nursing.

However, he soon saw her little white head pop up. Since Dolly had been eating, she had just enough energy to run around the fence towards Papa. The compassionate man was more than happy to take care of this little calf. 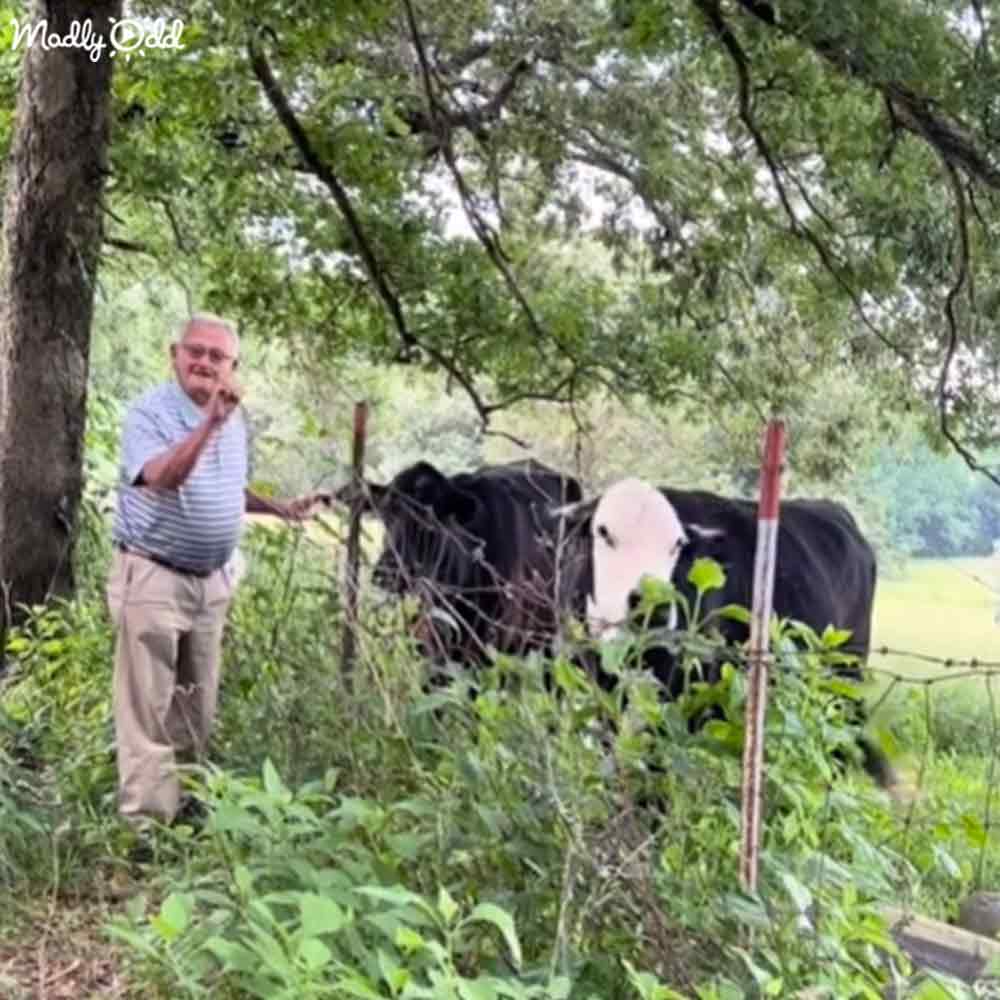 Papa took Dolly under his wing, making her a living space in the well house. Papa raised Dolly as she grew from calf to cow, eventually returning her to the neighbor.

However, Dolly definitely remembers who was there for her while she was growing up. Apparently, Papa still loves to come to visit Dolly when he gets the chance, and we can see why. Watch until the end of the video to see cute pictures of Papa and baby Dolly! 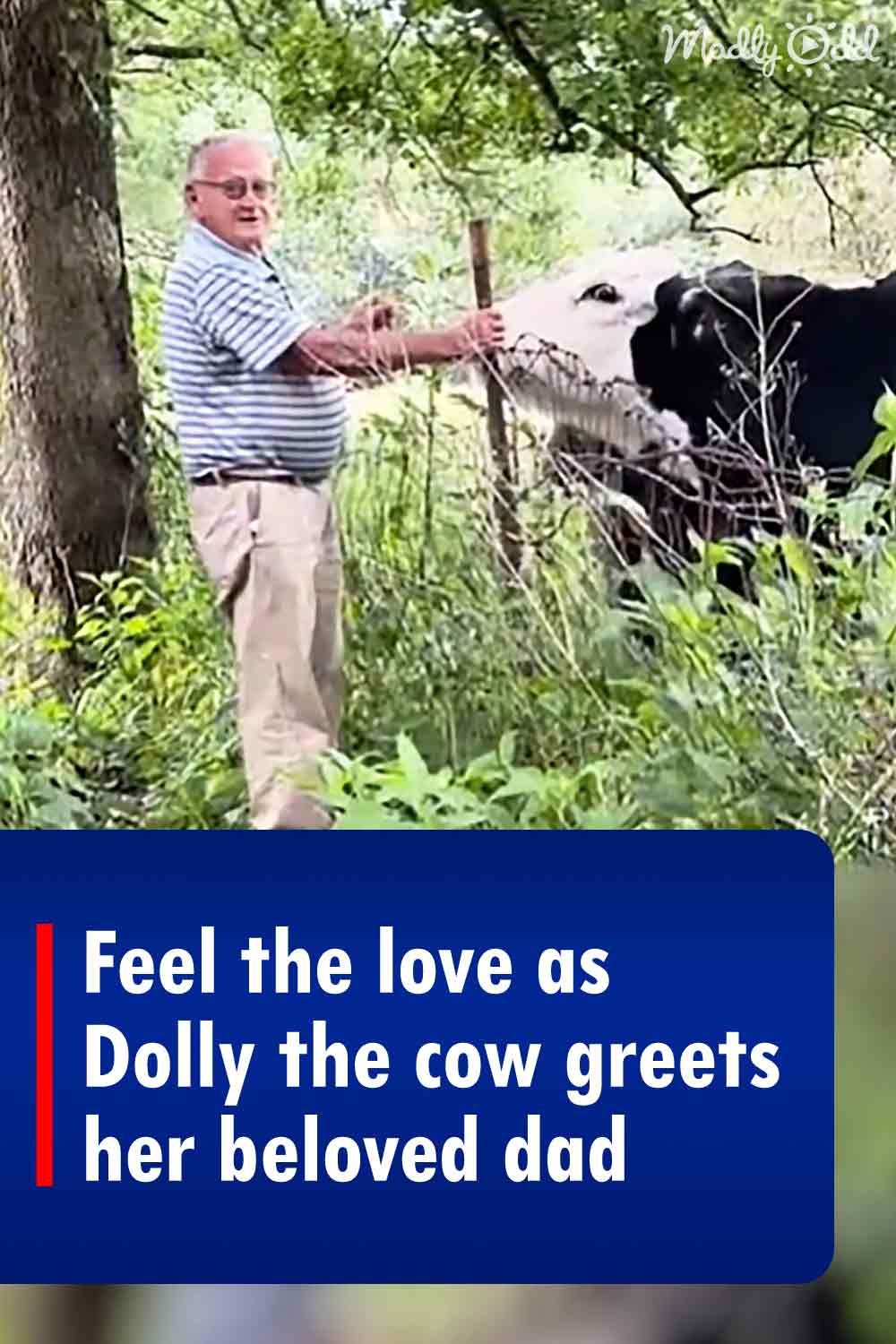