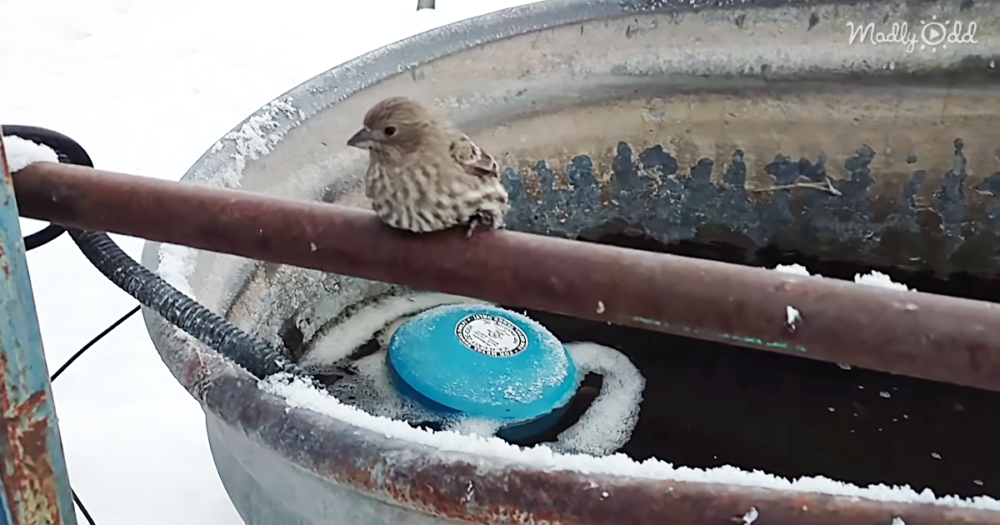 The environment or seasons seem to be changing quicker and quicker with every passing year. This has left many animals in quite a tizzy. Luckily, thanks to one man of epic stature, a bird goes free from deaths icy grip. It is really something else.

Luckily, for this young bird, at least, Wilson came to save the day! Nelson Wilson didn’t have a loud, hooting, and hollering time on New Year’s. Or if he did, he really does well for moderation. Nelson started out his New Year by having a cup of coffee. He sat and enjoyed about half before going to check on his beloved horses. As he walked past a trough, he noticed the most peculiar sight, just a few feet from him. One of the icy cold bars had claimed a prisoner. 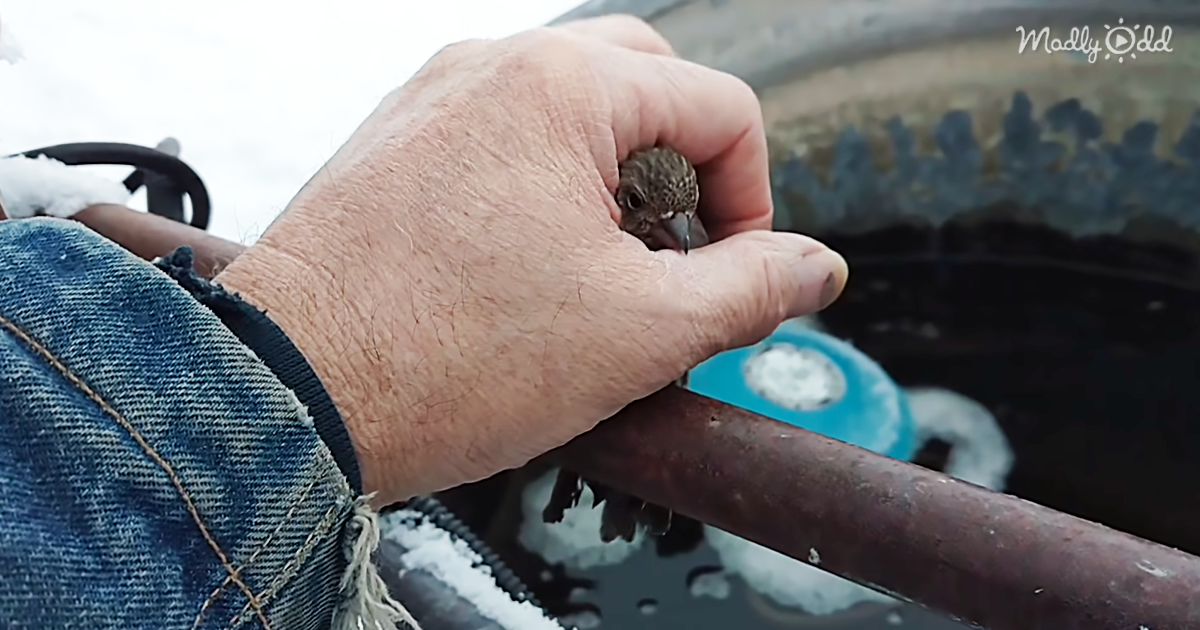 Much to Wilson’s shock, he noticed a finch on top of one of the steel fences by his water tanks and trough. The poor little guy didn’t seem to be moving. Wilson almost dismissed it, but decided, better safe than sorry. He went to the poor little dear, probably freezing half to death out there.

He noticed that his tiny little bird feet were frozen solid onto the steel bar. He tried to think about how to get the little guy off. Another concern was his body temperature. He had no idea how long he’d been out there, in the cold.

When you see how Wilson gets his new bird friend free, you’ll be amazed at what a resourceful man he is. Great way to start the new year- save a life.