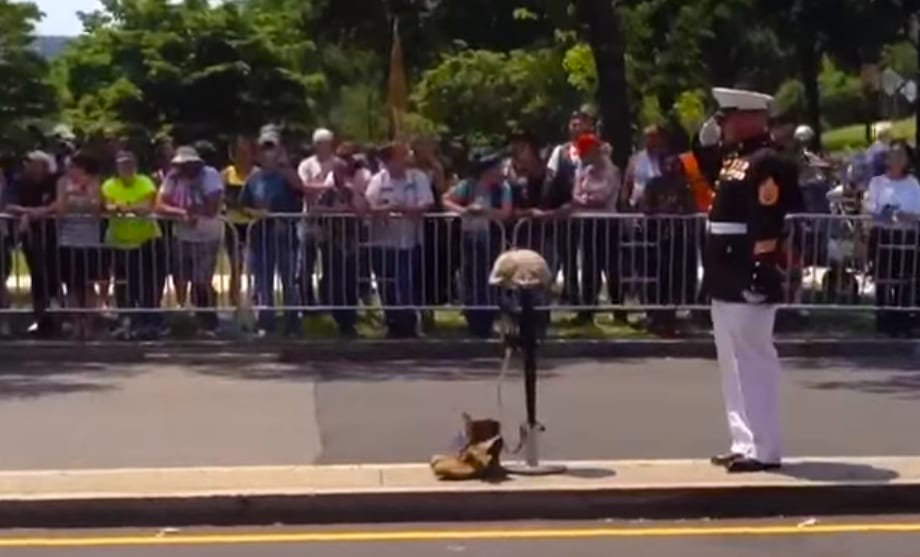 Rolling Thunder is an annual motorcycle rally held on Memorial Day weekend in Washington, DC. Its purpose is to call for full accountability for all American prisoners of war (POW) and missing-in-action (MIA) service members. It is unclear whether the name Rolling Thunder was borrowed from the 1977 movie of the same name about a group of returning POWs or from the legendary Rolling Thunder Revue.

Memorial Day is, of course, the day of remembrance for all persons who died while serving in the US armed forces. This special video shows what happened to a US marine in full dress uniform who stood in parade rest during Rolling Thunder XXV. 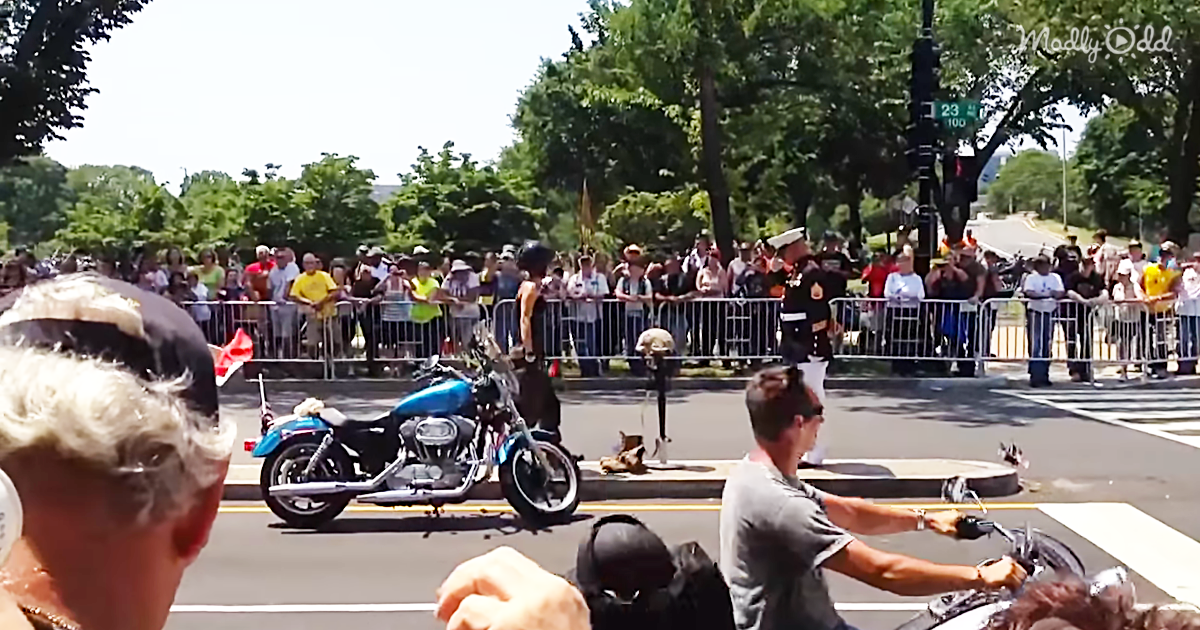 As a note, while the lady, an Army veteran, saluted the officer, there has been some contention in the comments about this move. In fact, her salute was a salute to the missing and fallen, not the SSgt himself. It is a sign of respect and was an impactful statement on its own. There is a great comment by the lady’s husband in the comment section, also.

Everybody appreciated her gesture and clapped until she rode away. It was a truly moving scene that adequately summed up the spirit of Memorial Day. Why stop at POWs and MIAs? Memorial Day is also the time to show appreciation to all past, present, and future service members.