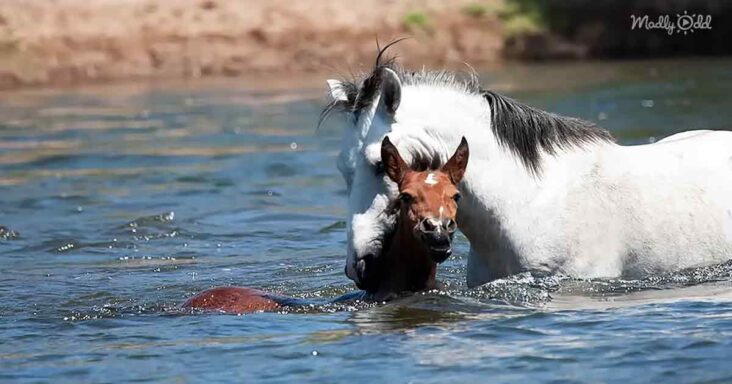 Champ, a wild stallion, saved a filly from drowning after she was caught in a river’s current. He was grazing along the Salt River in Tonto National Forest in Arizona with his family. 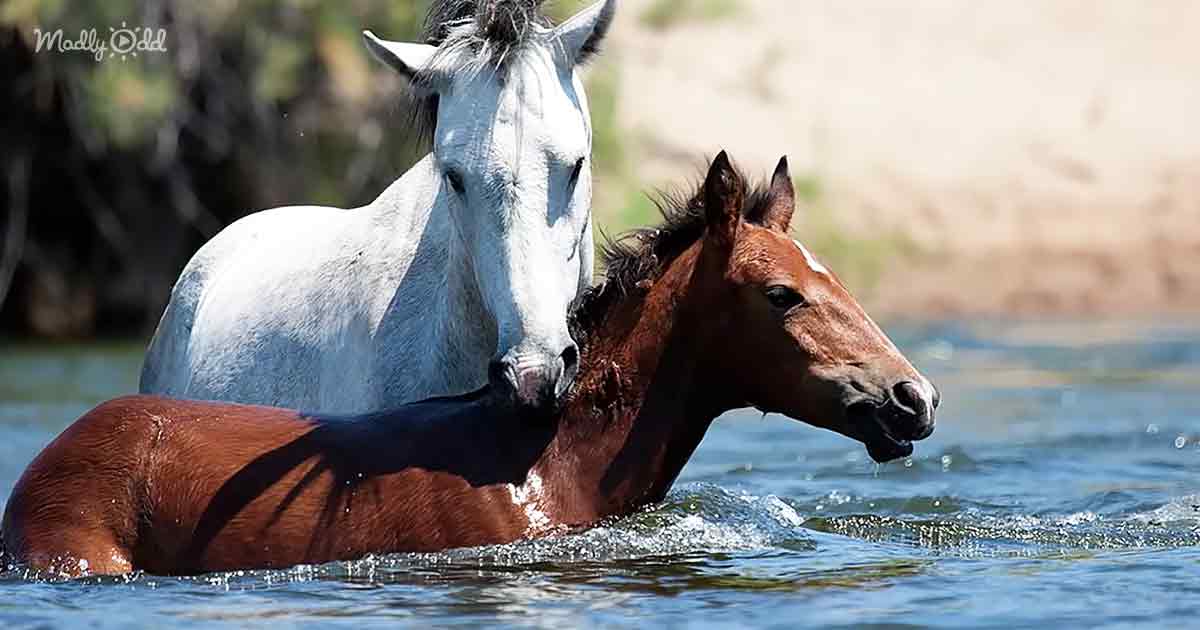 While they were walking by the water, another family of wild horses appeared on the opposite bank. Champ watched as two playful colts were playing in the water.

The horses saw the fun and wanted to join, so they started crossing the river. Unfortunately, the current was powerful, and a filly got swept up in it. 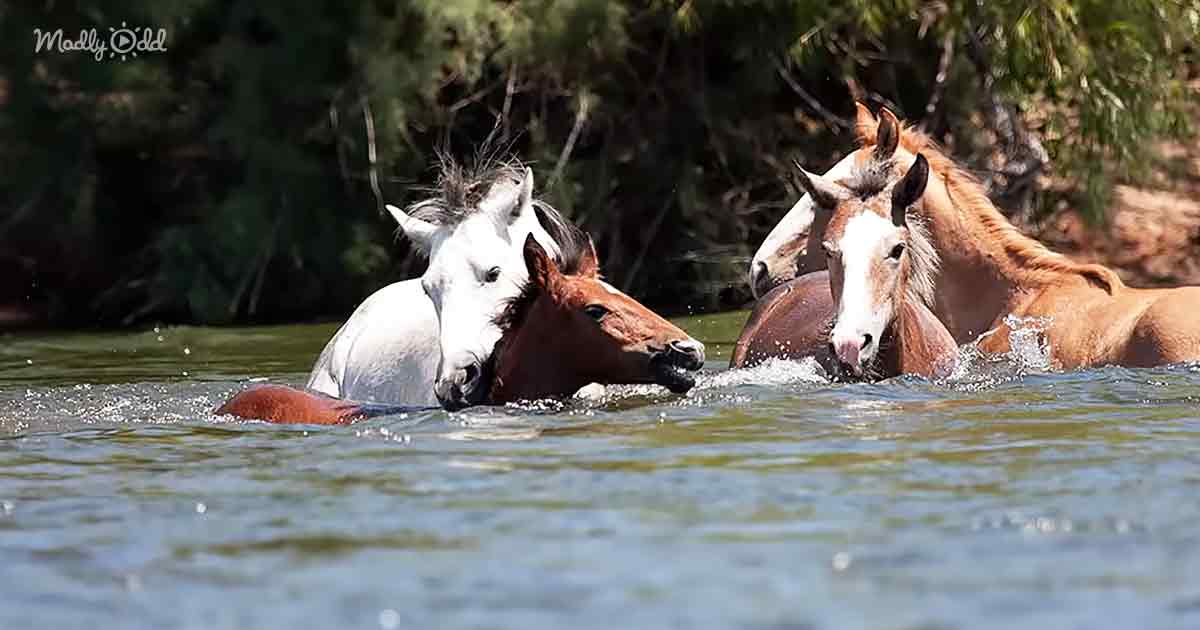 She lost her footing, and her head went underwater. The filly began to panic and was struggling to get up. Champ didn’t hesitate and rushed in to help. 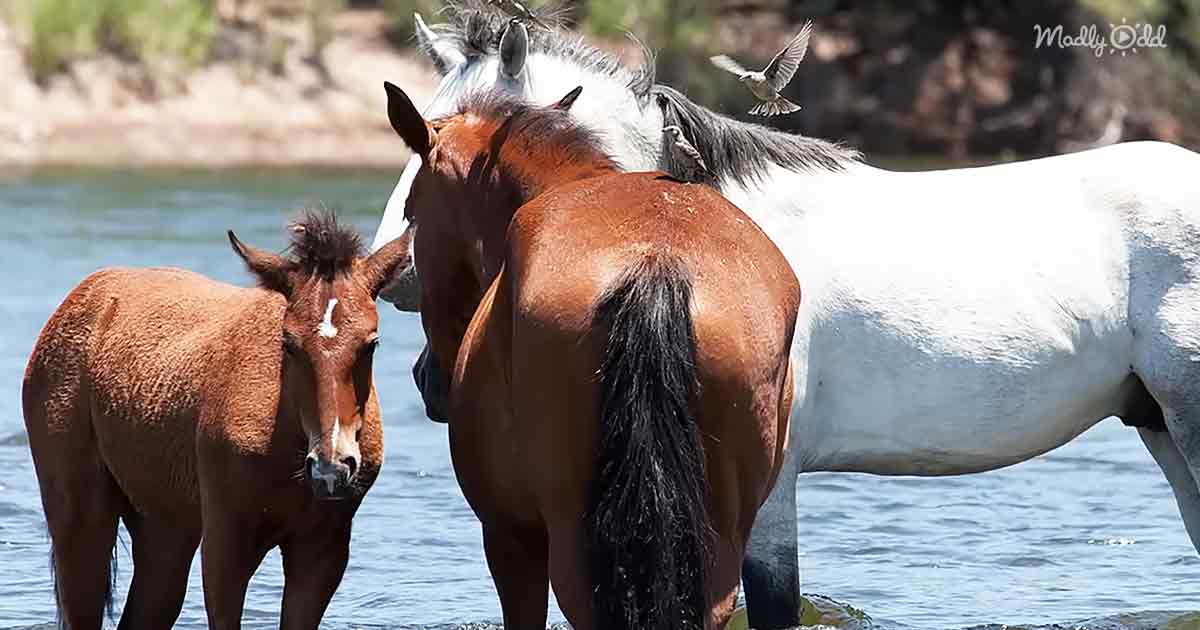 Champ had a firm hold and led her towards the safety of the shore. He didn’t leave the filly’s side until they were out of the river’s current.

The filly ran straight to her mother once she was safe, and Champ returned to his family. Champ greeted his friends, and three birds flew in and landed on Champ and his mare.