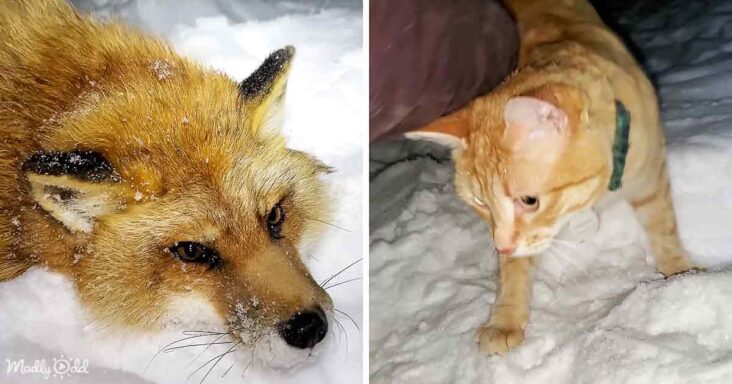 Mikayla Raines is the founder of SaveAFox Rescue in Lakeville, MN. She has dedicated her life to saving captive-bred foxes rescued from fur farms and pet surrenders. Raines kept in contact with the fur farmers, who would give her any injured, adult, ill, adult foxes and pups. 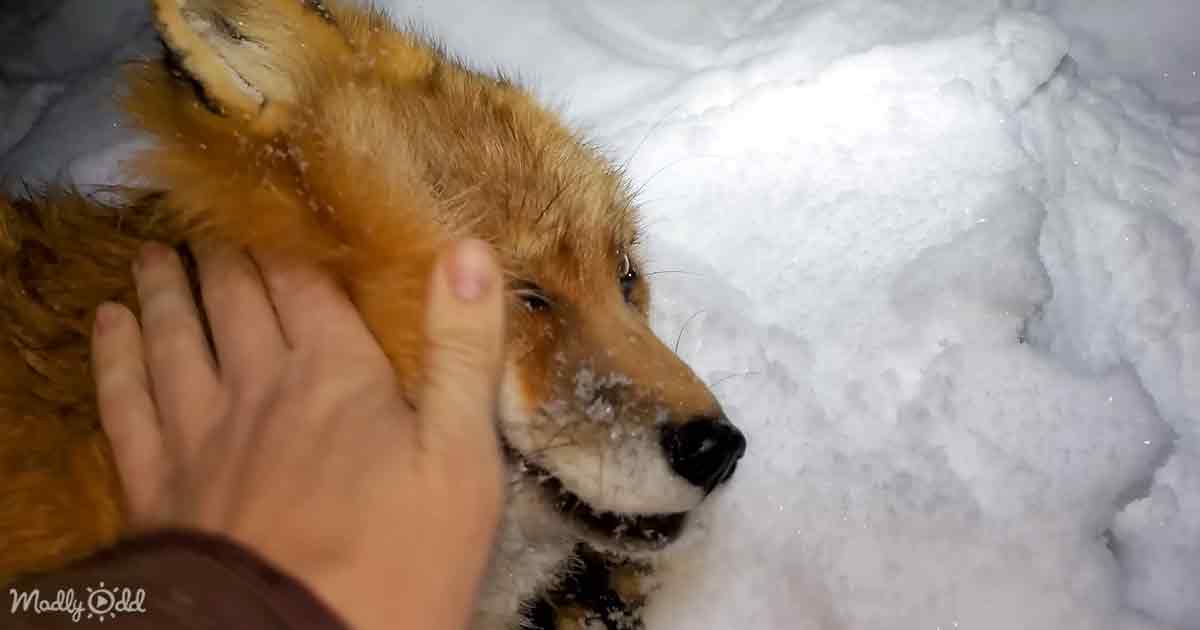 She has rescued several foxes. However, one who has been stealing hearts online is one of the red foxes known as Finnegan. The red rescue fox is known for his goofy nature. The cute fox behaves like a little puppy when Raines is around.

Recently, Finnegan’s foxes enjoyed the winter wonderland as Raines allowed them to play in the snowy field. It is undeniably the most heart-warming moment as the rescue foxes play with their favorite human in the snow at night. 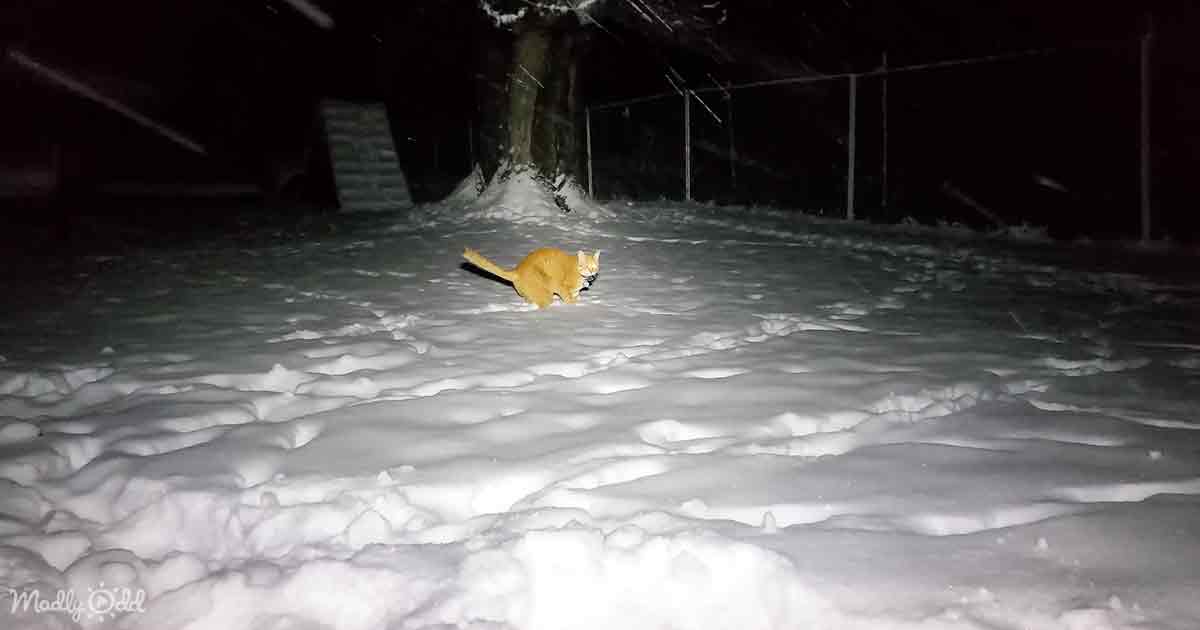 Raines pets her beloved Finnegan as he laughs continuously. Soon, Fergie joins the red fox and allows her human to cuddle her. On the other hand, Dixie curiously searches for something under the tree.

Raines finds a surprise guest at the sanctuary. A Border Collie puppy had joined them tonight. Soon, the pup befriends the foxes and the cat and plays with them. The video clip of the cat, foxes, and dog playing with their favorite human is overwhelming.

Finnegan & the other red fox, Serafina, took some time to befriend the new pup. Raines sits in the snow and captures the cuteness of these animals. The joy of friendship in the snowy weather emanates from everywhere.

Finnegan and all the other animals are a blessing to mankind. A cat, dog, and fox playing together in the snow is not something people get to see quite often. All these lovely animals playing together are an overload of cuteness. 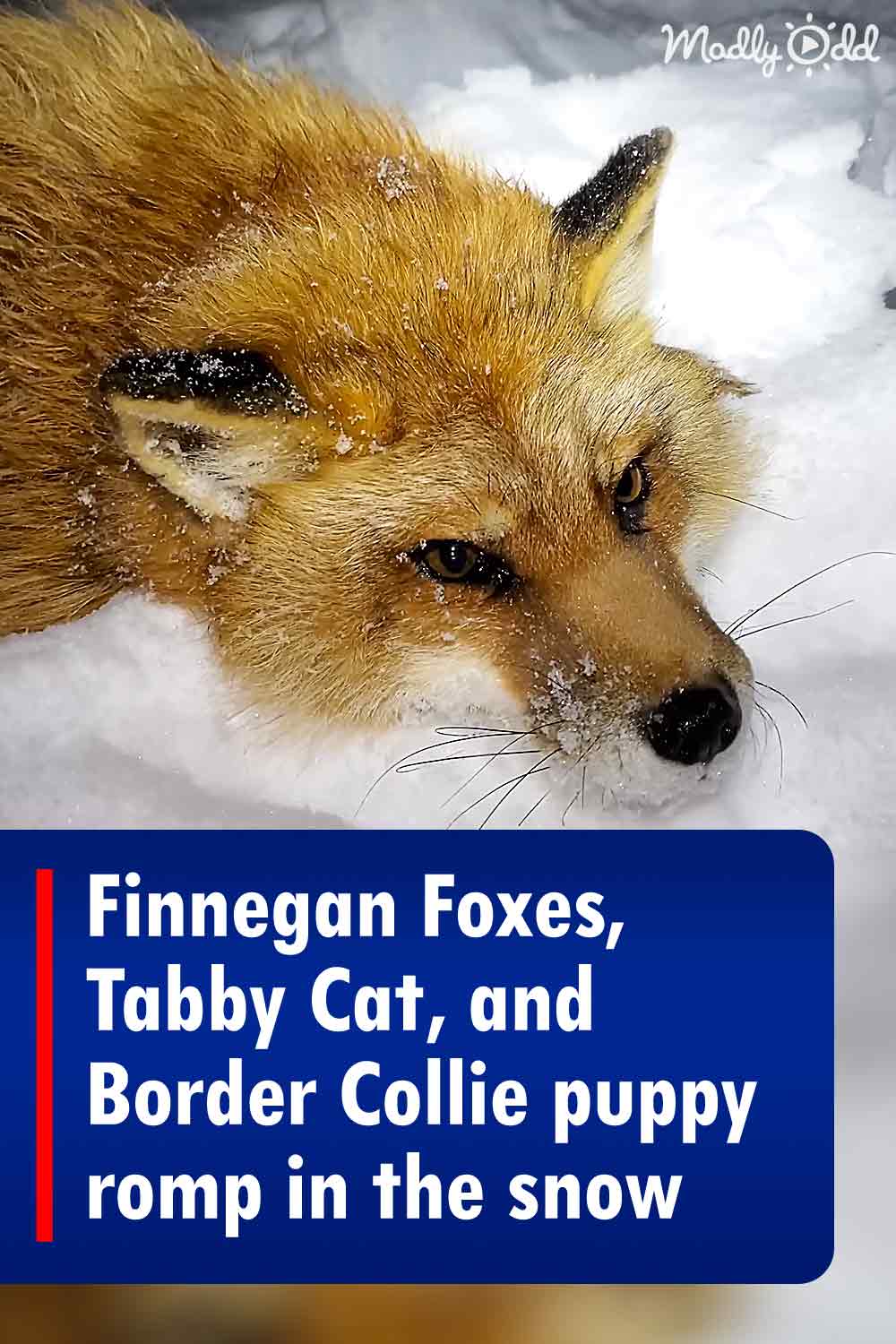