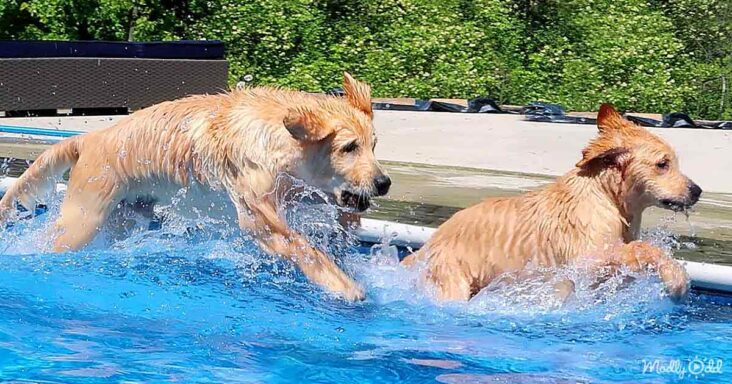 Golden Retrievers are one of the most fun-loving dog breeds. They love to play, be naughty, and keep themselves busy with something or the other. One of their favorite pastimes is swimming. If they see a swimming pool nearby, they cannot stop themselves from taking a dip in the pool. 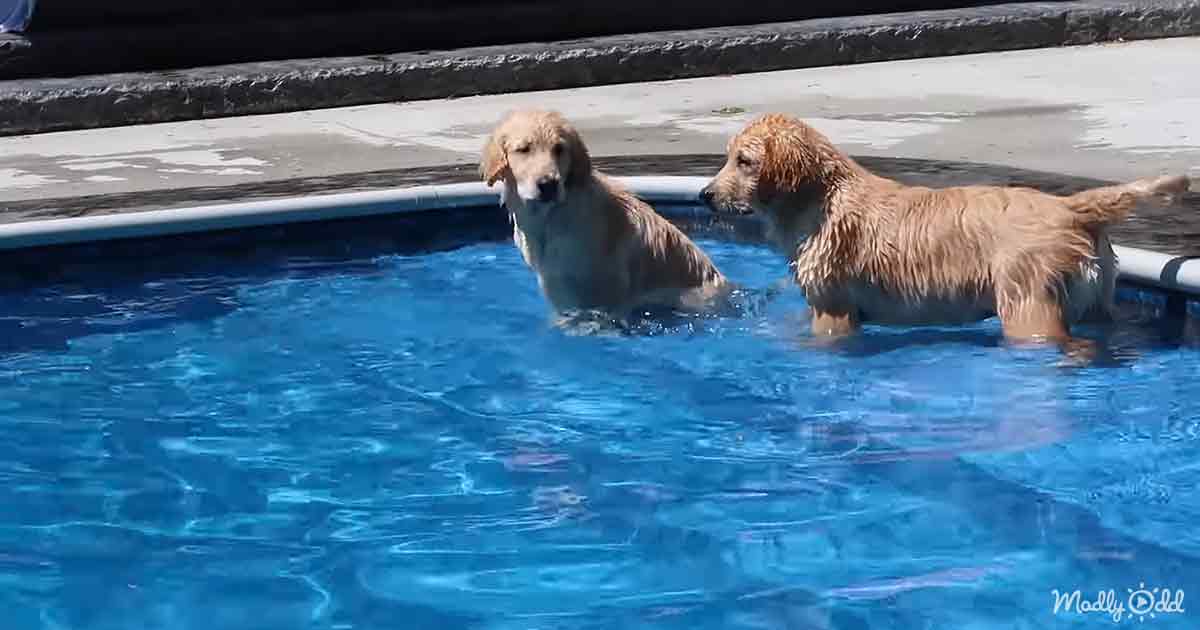 Dax and Tucker were like any other Golden Retriever puppies. They were four and a half months old, and it was their first time swimming in the family pool. The two rubbed their itchy bodies at the side of the pool before Tucker ran toward the pool when his owner called his name. Dax was already in the pool.

The two dogs walked along the stairs inside the pool, afraid to go in any further. Instead, they were happy on the stairs where the water was deep enough to reach their knees. Although their owners encouraged them to come into the deeper side of the pool, Dax and Tucker seemed skeptical about the idea. 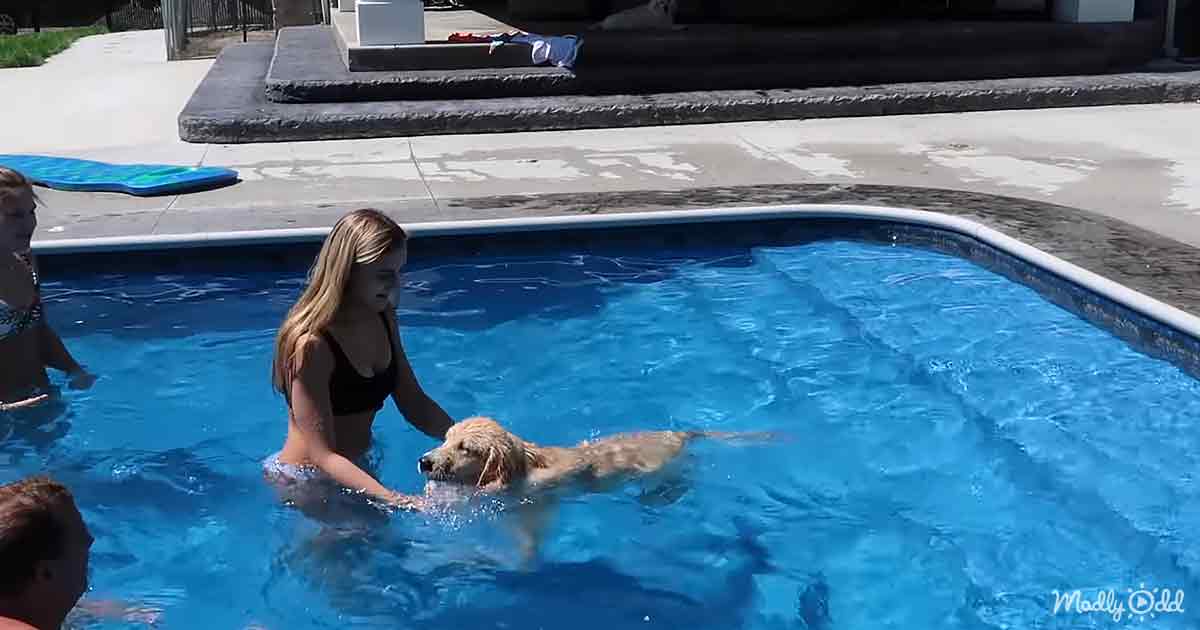 They wanted to venture deeper into the pool but felt scared of the deep water. Dax played on the steps inside the pool while Tucker sat on one side, trying to gather enough courage to enter the deep end. Finally, Tucker swam to his human sibling, standing in the middle of the swimming pool. 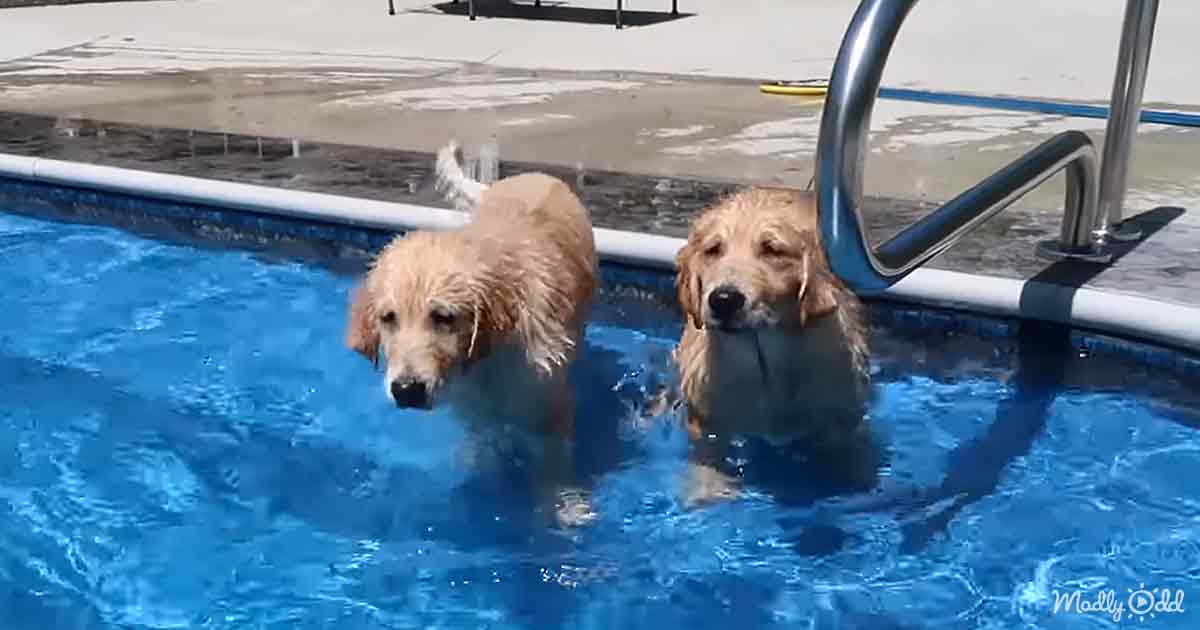 Soon they were joined by another sibling named Shaggy. Dax and Tucker tried to invite Shaggy to the pool, but he wasn’t interested. So while the Golden Retrievers enjoyed their time out by the pool, Shaggy preferred to stay at a distance. Soon they left the family pool and went to a dry spot where the dogs licked their bodies. 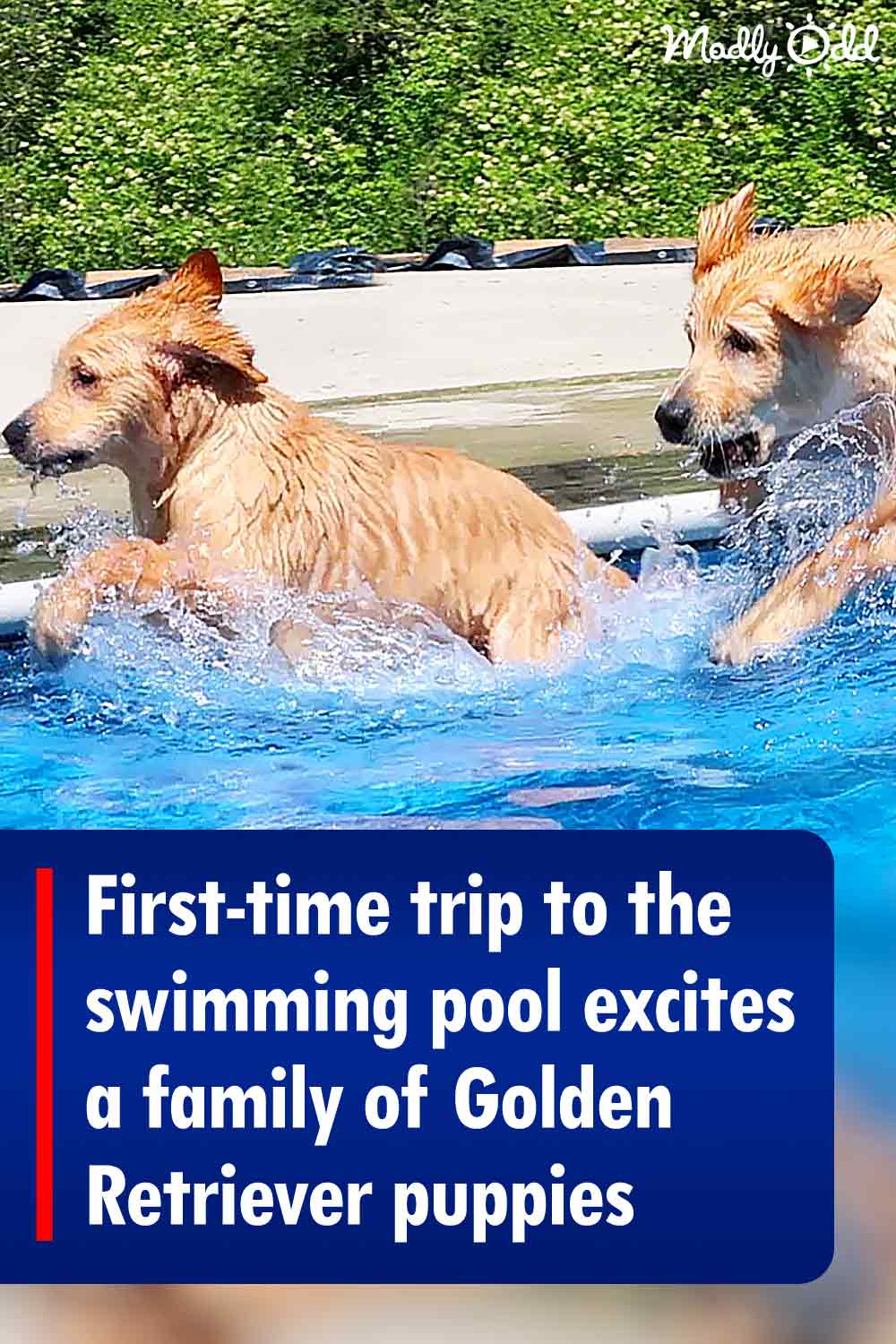