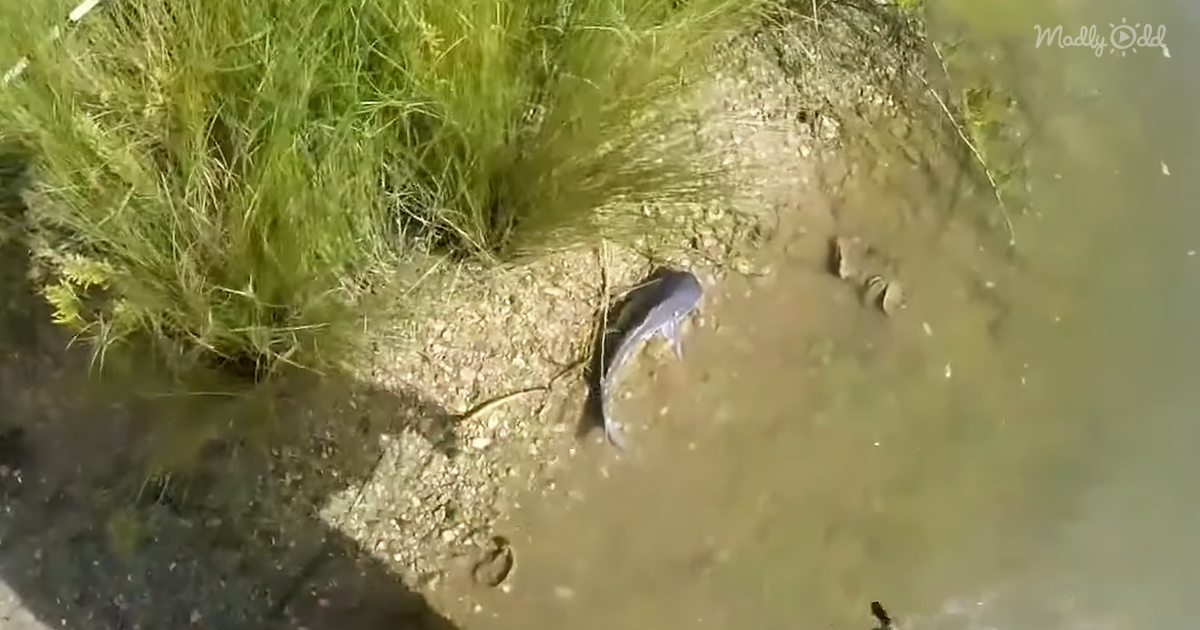 During a fishing tournament, one of the contestants caught a catfish and then tossed it back in the water. The fish, seeming to enjoy the fisherman’s company, swam back to shore multiple times. No matter how many times the fisherman put it the water, his new fish buddy wanted to remain at his side.

When you enter a fishing tournament, the objective is to see how many fish you can catch during the time limit. During one tournament, however, a certain fisherman had the added challenge of having to release the same fish multiple times. You see, once he caught a catfish, he tossed it back into the water to live its fishy life — only the fish had other ideas.