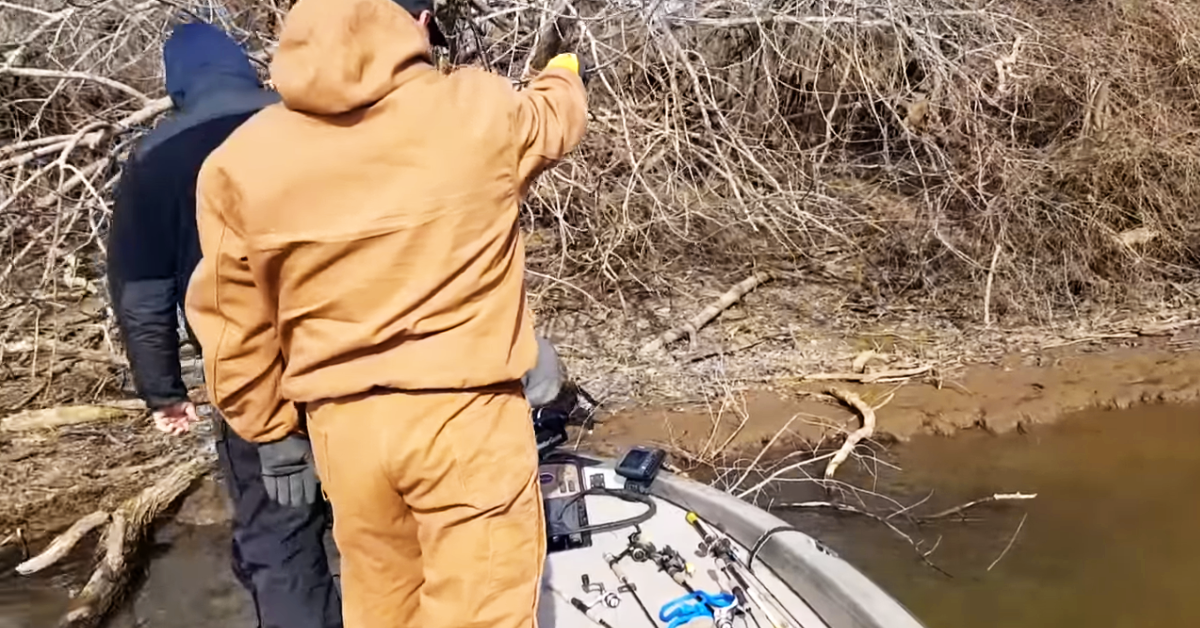 There are countless dogs suffering on the streets. But thankfully, some amazing people and organizations have been helping these poor critters in any way they can.

A group of fishermen were hanging out in their boat one day when they suddenly heard strange cries coming from a tiny deserted island, not far from their favorite fishing spot, in the middle of a lake.

They steered their boat close and saw movement. They weren’t sure what it was. But as they got closer a familiar shape emerged. It was a dog, not much bigger than a puppy. They knew they had to rescue him.

By the looks of it, the puppy had been starving for days. Some suspect he may have been heartlessly abandoned. It’s a mystery how the puppy got on the island.

One of the fishermen whistled and the poor pooch instantly started coming towards them. The dog walked out onto a dead log and got close enough that one of the men could get him into the boat.

It took some time to get the little guy on board, but luckily, he got rescued by these kind men who were just out for a day of fishing.

This little black and white pup sure is cute, and he was hungry. At the end of this clip, one of the men commented on how cute his is and said, “We’ll find him a home” right before they stopped filming. Aww. These guys are heroes. According to a recent update, the dog has now found a loving forever home.

The eldest fisherman says, “The dog found a good home. I took him home, cleaned him up and got some food in his belly. Had some friends looking for a dog that took him in. I liked the Gilligan name idea! I suggested River or Bridger based on where we found him. He has found a forever home, now has a warm bed every night and a full belly.”