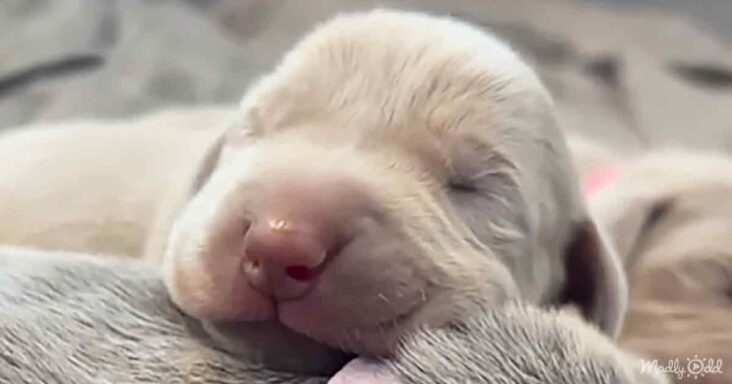 Newborn babies—both human and four-legged friends—are always super cute, but they don’t always make a lot of noise. Some babies can be pretty loud, whereas others rarely make a sound. 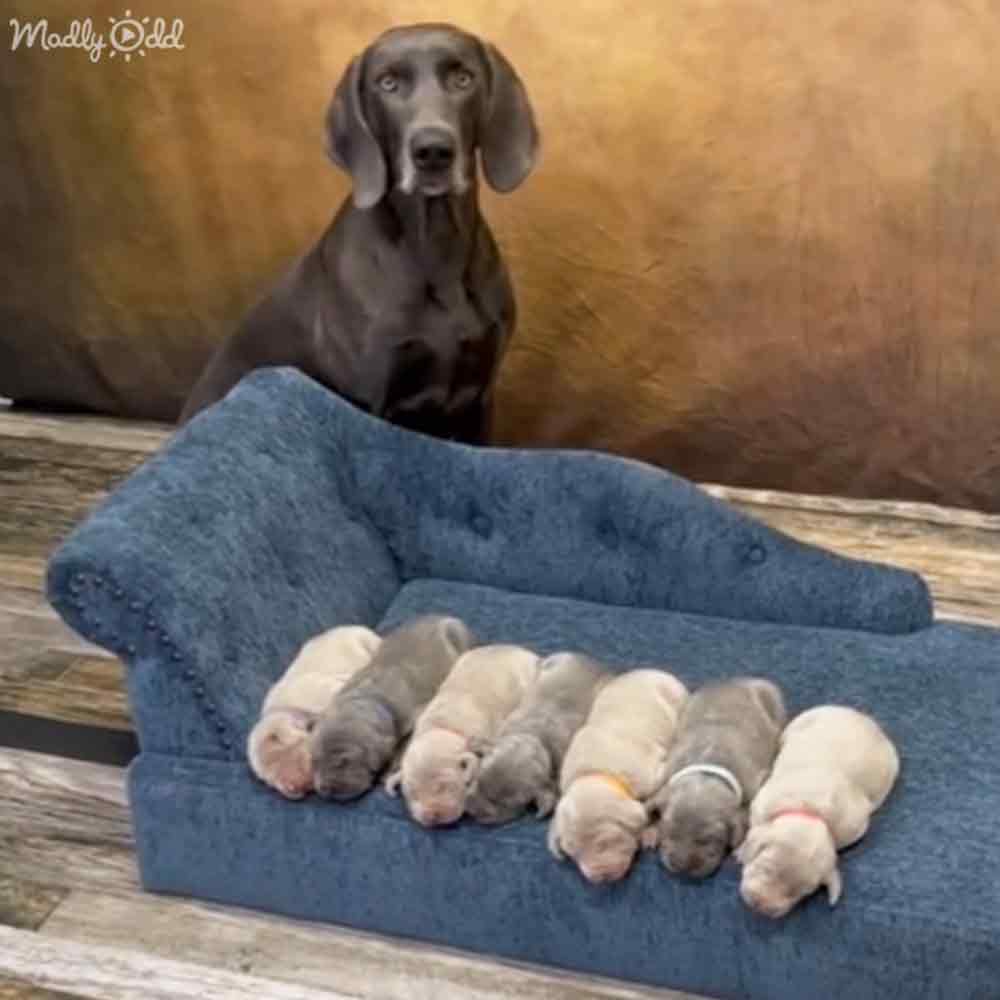 Fortunately, this tiny Weimaraner puppy falls into the first category. At only five days old, this little guy hasn’t grown up very much yet. In fact, he hasn’t even opened his eyes yet, but that doesn’t appear to prevent him from sharing his inner thoughts.

The video shows three different puppies—presumably all siblings—with two sleeping on a blanket. The third pup is using his sibling as a pillow while making some adorable noises! 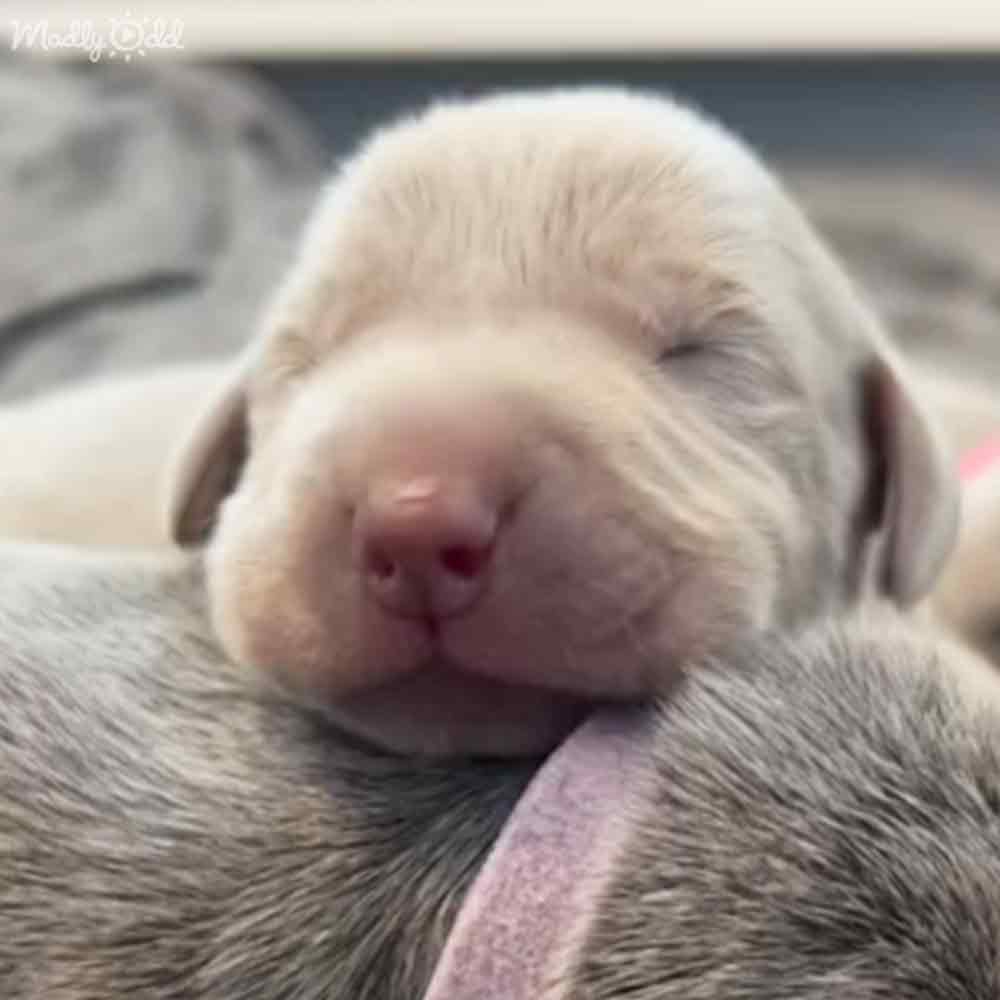 Since his eyes aren’t open yet, it’s hard to tell whether he’s awake and “talking” or simply having a wild dream. One thing’s for sure, though: he’s definitely the loudest out of the small group.

Each of the puppies has its own color collar. The baby upfront has a light purple collar, and the baby in the back has an orange one around his neck. 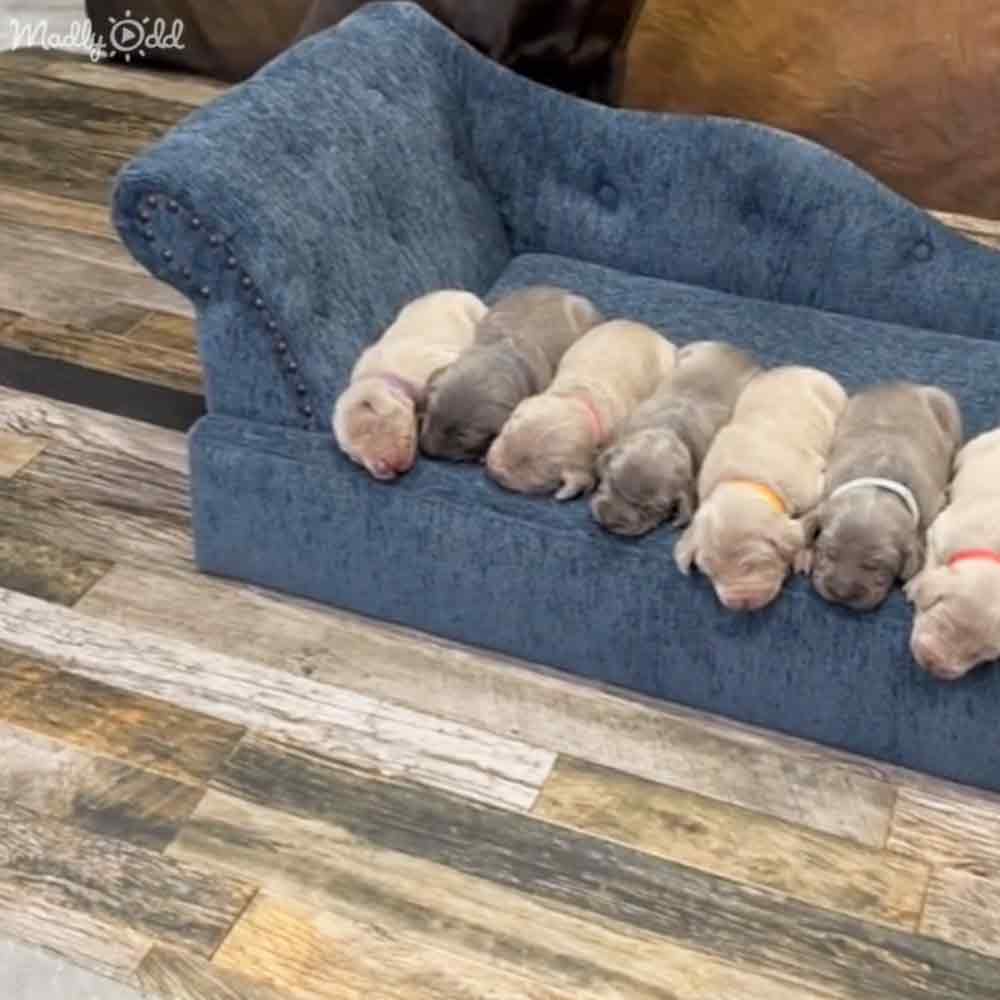 The loudest of the bunch is appropriately wearing a red one: watch out for his loud voice and total cuteness! Sadly, this video is only 15 seconds long, so you’ll probably want to watch it more than once.

It doesn’t seem like he’s received a name yet, which makes us wonder: what will owner Ashley name him? We’ll have to keep an eye out for future videos so we can find out. You can head over to @k9trainerashley’s TikTok profile if you want even more cute animal content! 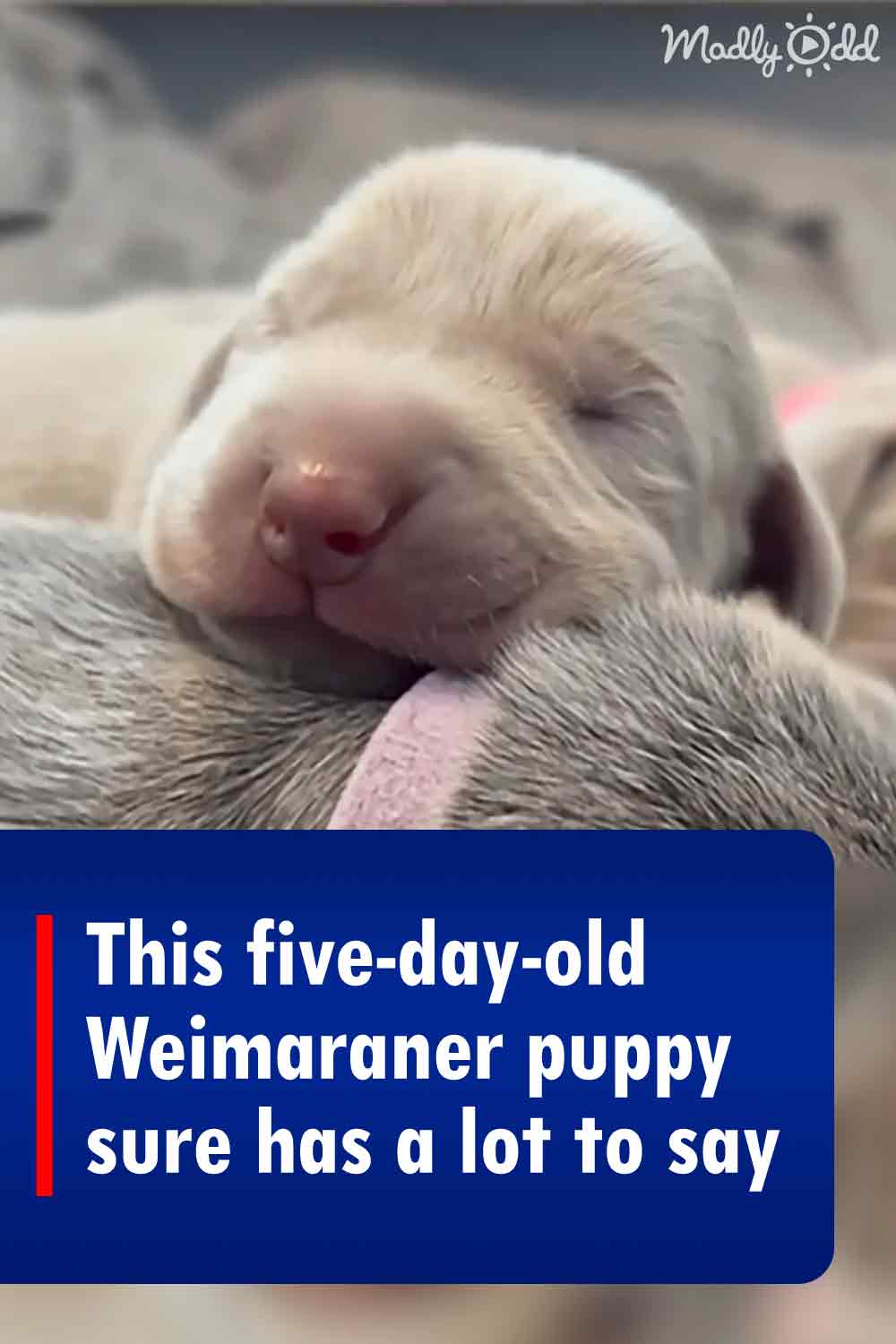