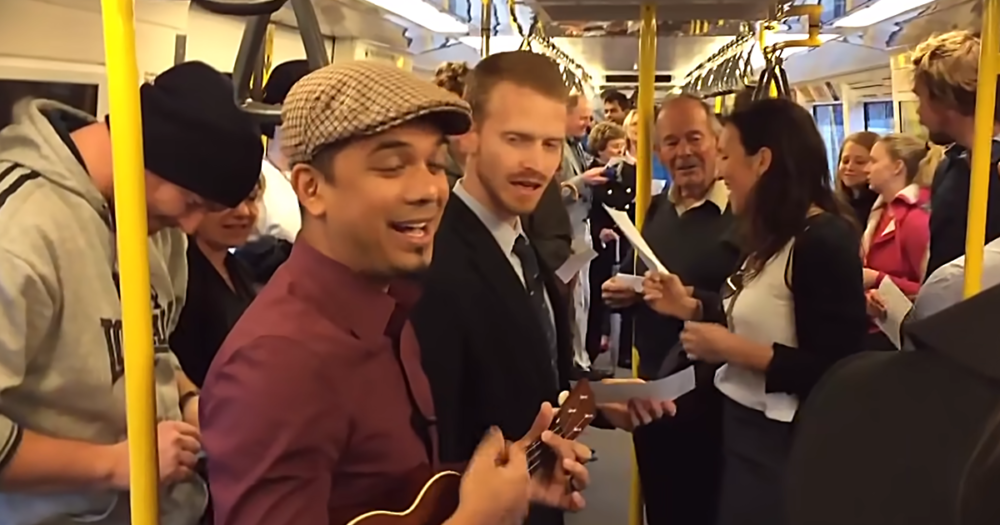 A train full of morning commuters were treated to a little bit of levity when they were led in a group sing-a-long event featuring the song “Somewhere Over the Rainbow.”

The entire event was the brainchild of a group of social do-gooders called Liberators International. The Liberators create events of spontaneous joy in order to try and improve the lives of ordinary citizens of Australia.

“The intent behind this” the Liberators explain on their website, “ was to allow people to feel recognised for the work they do and to demonstrate how simple it can be to uplift each other when we come together through positive shared experience. It can be easy to feel unappreciated, disconnected and isolated from our community in a world that constantly desires exponential growth, busy-ness and expansion.” 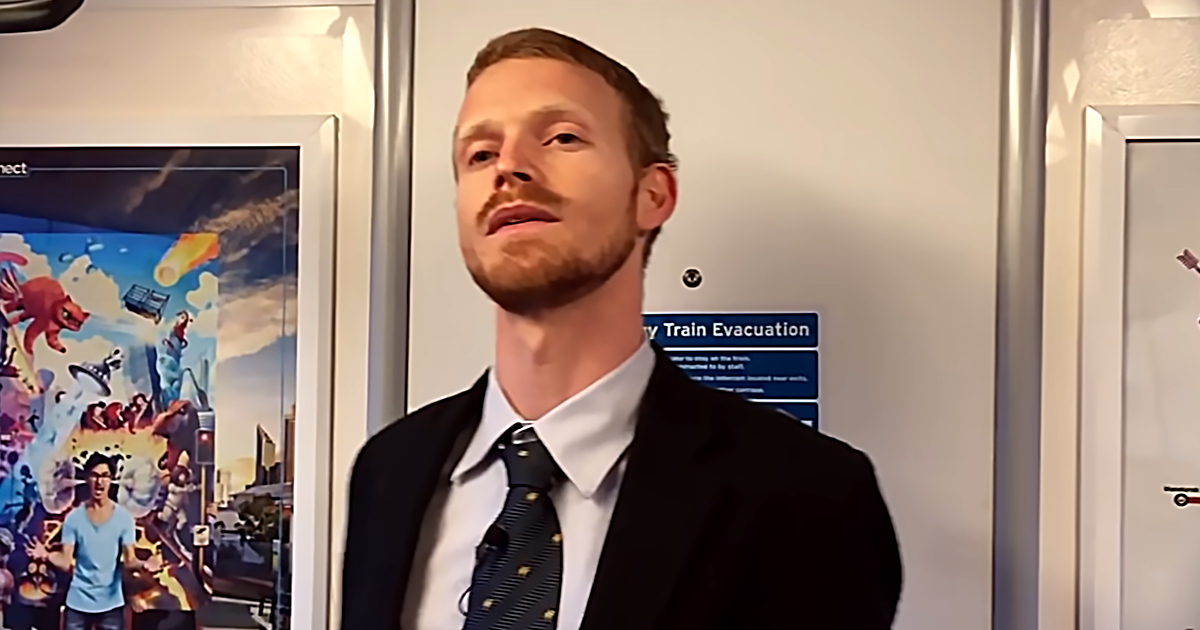 The train sing-a-long began with a message from the Liberators founder, Peter Sharp, thanking the commuters for just being who they are. He then passed out song lyric pages along the train, while his partner began to hum the tune and strum along on a ukulele. Some train riders chose to film rather than sing, but many of them took the pieces of paper and began to sing along.

What follows is a moment of spontaneous joy. The train riders got on their commuter route expecting to disconnect from society for a few moments on their way to work. Instead, they got the opportunity to sing, smile, laugh, and become something magical together. As the Liberators said, it was “a humanitarian check-point; a brief moment in time to see that beyond our differences there is love and humanity.”

PP6 Wondering where this particular version of “Somewhere Over the Rainbow” came from? It’s an arrangement created by Hawaiian song legend Israel Kamakawiwoʻole. Watch the music video for some amazing views of the paradise islands.