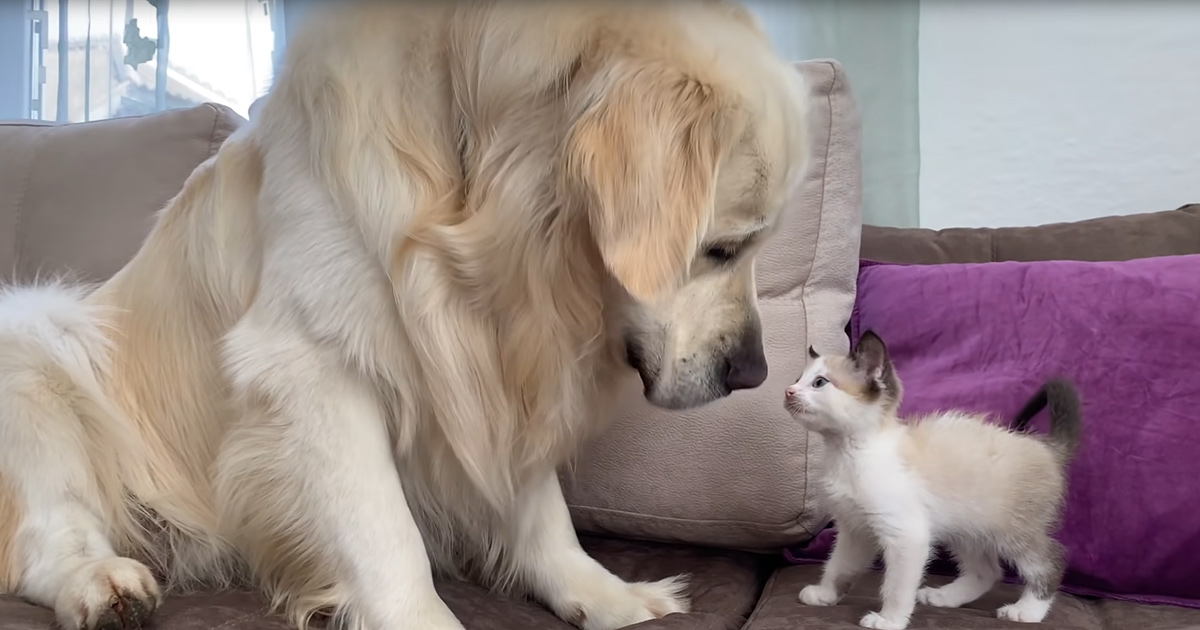 How adorable are Bailey the Golden Retriever and her new friend, Simon, the kitten! Bailey really wants to play with the kitty and continuously tries to put her whole snout in the tiny cat’s face. The cat might be just a baby, but she knows that she does not like that, and takes a few swipes at Bailey’s nose.

Bailey tries to take the less ‘in your face’ route and gets low on the couch, rubbing her head in the kitten’s direction. Simon seems less disturbed by this, and before you know it, Bailey can get up close and sniff the baby cat. She nuzzles the kitten with her snout, and Simon allows it, although he has this ‘Oh, the humiliation’ look in his eyes.

They retreat to their corners on the couch for a minute and stare at each other. Then, Simon adorably rolls over onto his back and does the kitty stretch, extending his legs and spreading his tiny claws. Bailey is so perplexed by her new toy, I mean friend, that she pants.

This intrigues Simon, who suddenly uses the kitty stretch to inch closer to the giant dog. He cleans his face and rests his eyes for a mini cat nap. Just as quickly he is awake, and Bailey is barking! Simon retreats to the pillows in the corner for another rest. After all, it is hard work being a kitten. 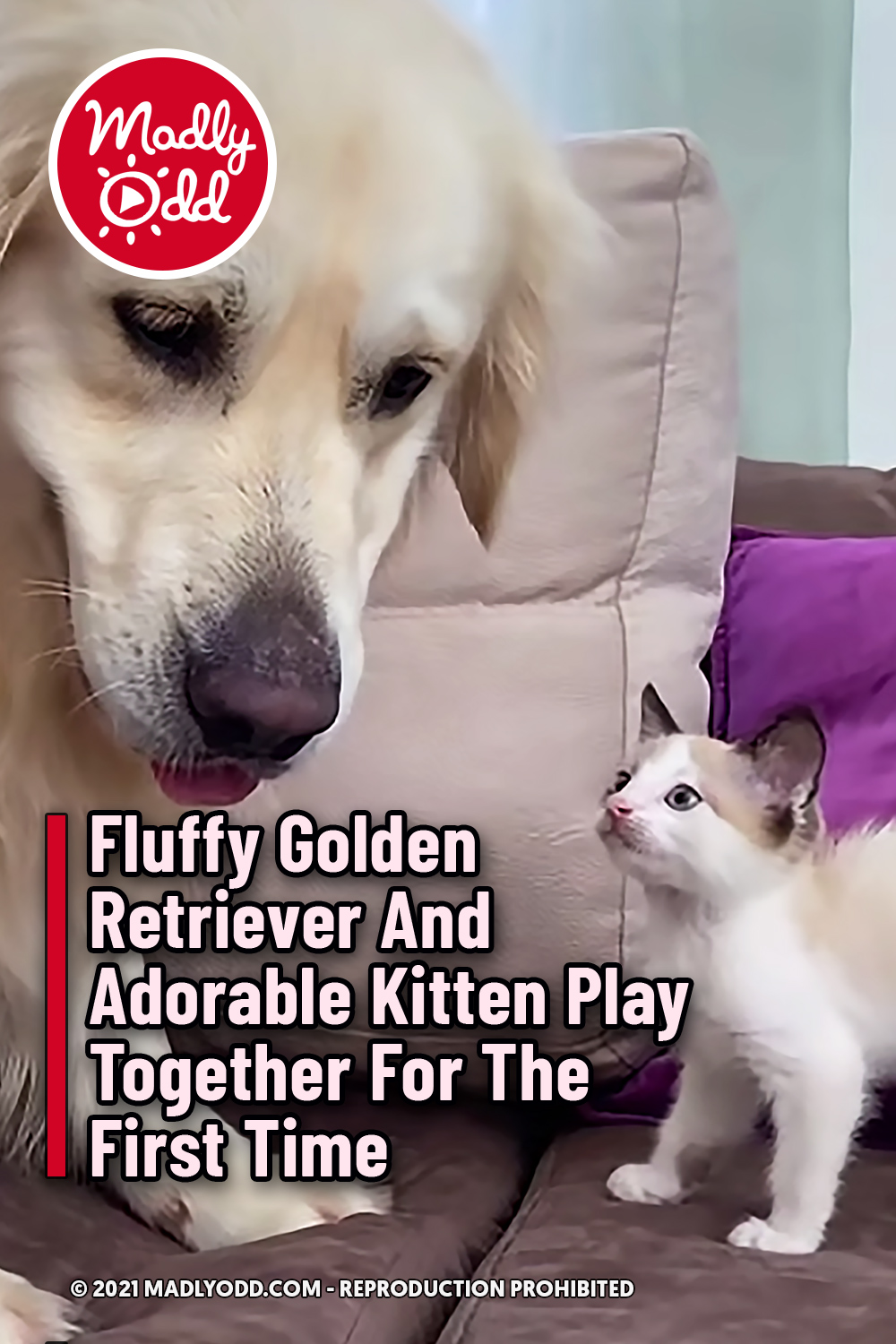