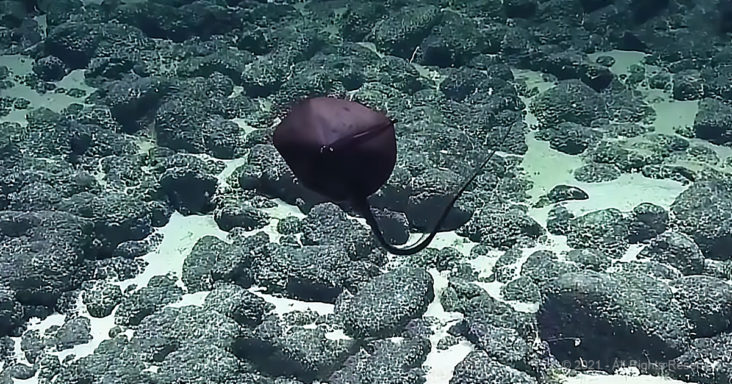 It’s dark, it’s big, and it has a tail… and nobody can figure out what it is. Our onboard professionals are in awe as they take in the sight of this bizarre monster.

Instead of making the technical, verbose, egghead-blather that movies have taught us to expect from seasoned researchers, we’re treated to much more plainspoken — and hilarious — observations.

The researchers sound like a combination of sports commentators and kindergarteners at the zoo: “Whaaaaat?”, “It looks like a muppet!”, “He’s doing The Shake!”, “I think he ate too much!”

Indeed, the creature, a Gulper Eel, had inflated itself so as to look threatening. But the little monster’s bravado only amused the crew aboard the submarine. We can only imagine being outside as a UFO descends and fat-shames us.

There’s a takeaway from the eel and the scientists both. There are amazing things to see in the natural world and science isn’t all seriousness and stuffed shirts like in the movies.