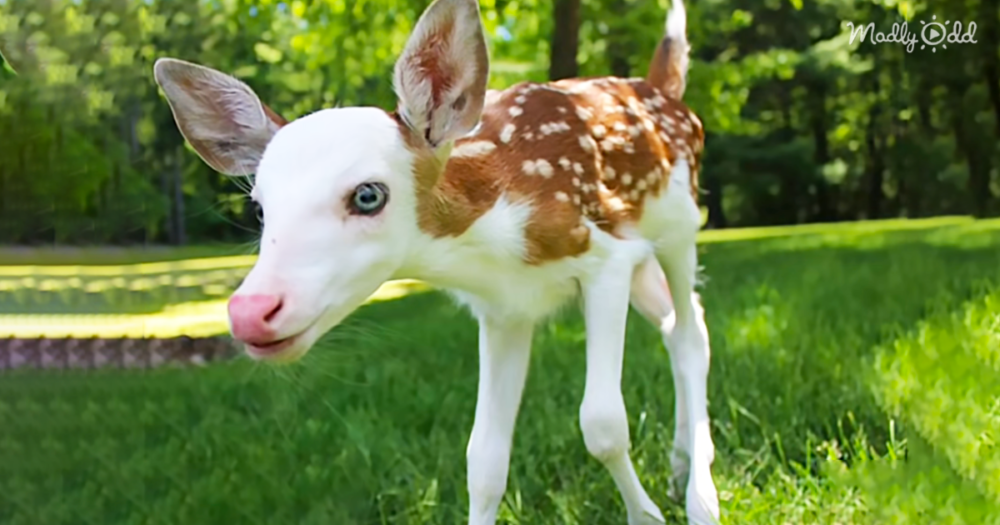 Sometimes life can be very cruel. Parents abandon their children for the dumbest and simplest reasons, such as birth defects, sickness, or even just appearance. It’s very sad, and it doesn’t just happen between humans, but in the animal world as well. In the video below, we can see an example of it.

The baby deer, or fawn, featured in the video was abandoned by his mom when after he was born, and it was most likely because of his very rare color since he is all white, and also because he had health problems. But that doesn’t mean he doesn’t deserve a chance. 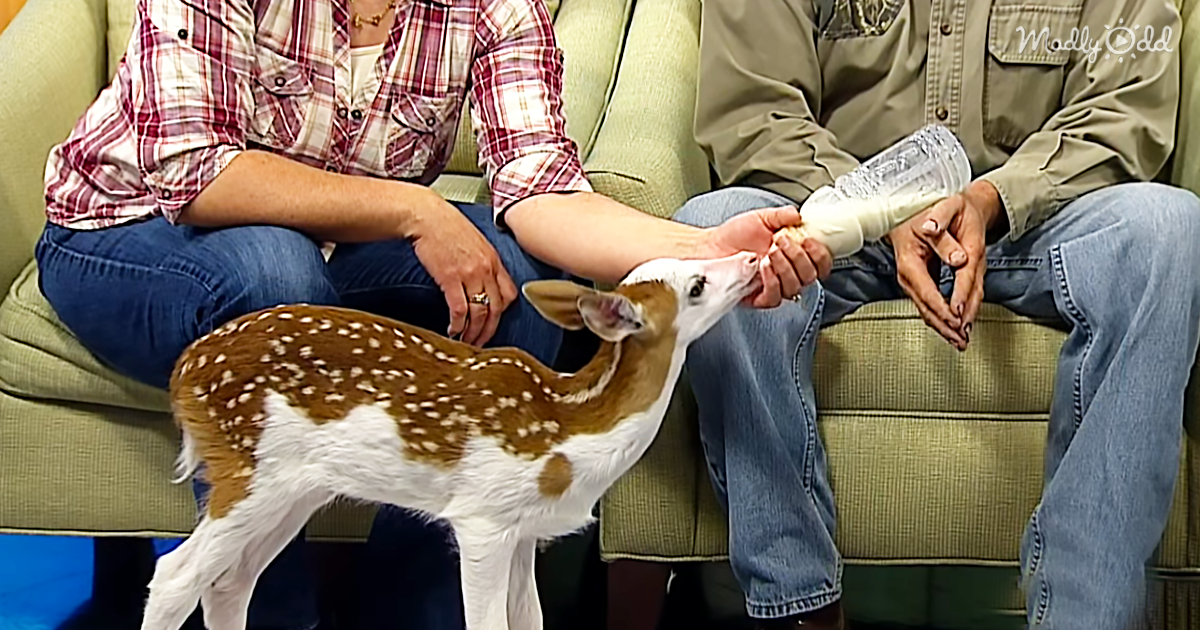 Luckily for him, he was rescued by some local farmers at Deer Tracks junction, and now he lives happily as a domesticated dear with his friends on the farm. They called him “Dragon,” and he is being nurtured and cared for by the farmers.

A quick note about this adorable fawn’s name: The son of the owners of Deer Tracks Junction knew that Dragon’s antlers would be growing in pink, so, he thought that the fawn needed a bit of a manly name. Manly name or not, as you’ll be able to see in the video, he managed to recover quite well. Don’t miss this dear deer’s cuteness on the video just below. 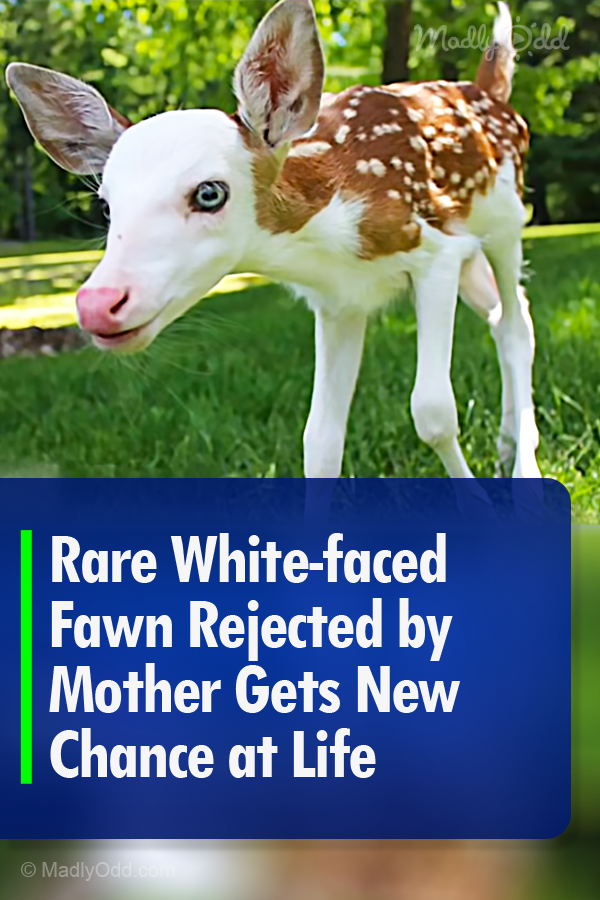