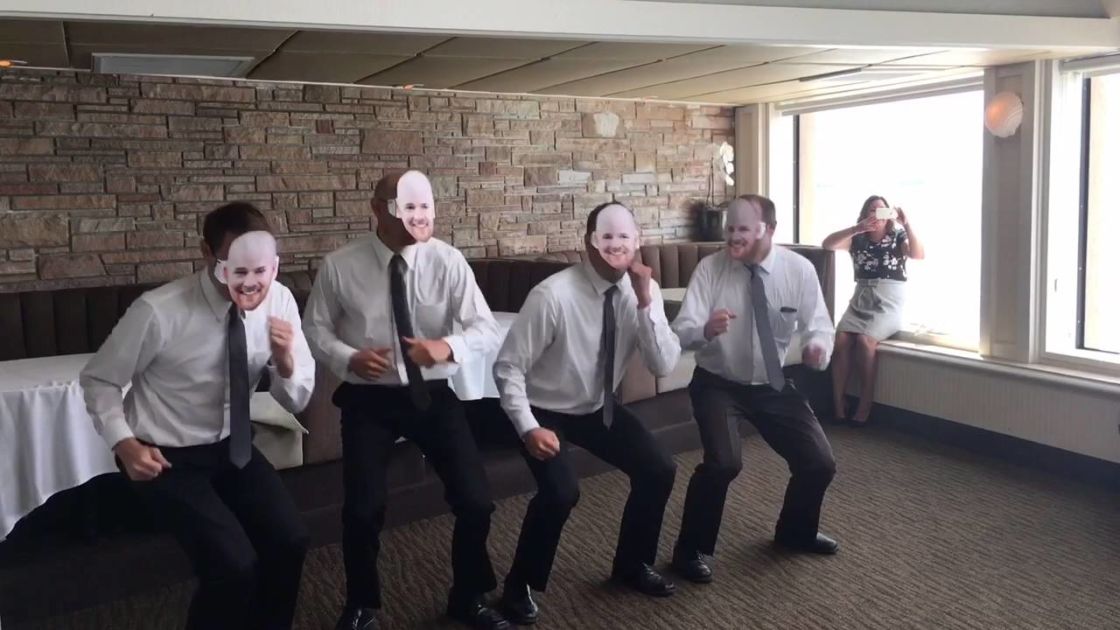 It’s the time of the wedding reception that can make people cringe, or even possibly fall asleep. I’m talking about the toasts from the people in the wedding party. Throw in some lame jokes and possible scandalous remarks about events from people’s pasts, and it can make people want to hit the fast-forward button to dinner. That’s not the case of this video of a toast by the four brothers of the bride.

The four brothers stand together in the reception area. One of them gives a brief speech, and then they launch into a dance that includes her childhood security blanket, masks of her now-husband, and sunglasses. Not all at once, there were prop changes. For the security blanket one, they did the “Ne-Ne” dance but sang it as ‘Nee-Nee’ since that’s what she named her blanket as a child. We don’t see the bride, but hopefully, she was laughing her head off. 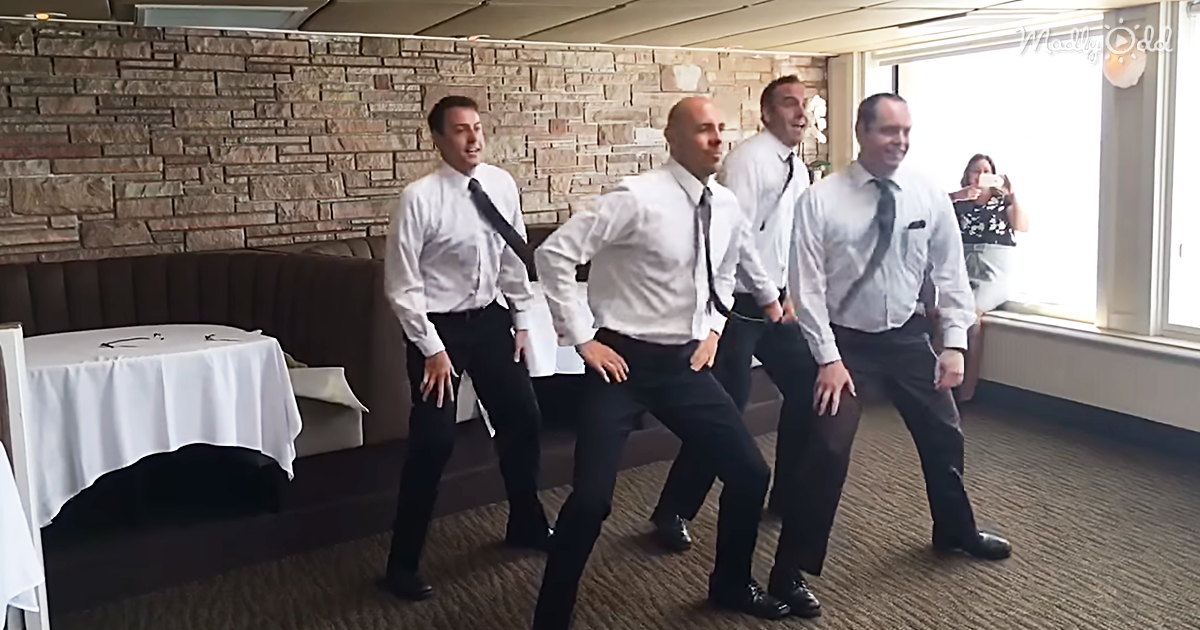 The style of dance can best be described as “four guys who rarely dance and threw together a routine in an hour.” It’s hilarious – during the part where the guys are wearing masks, one of them has to peek out quickly to locate everyone else. It’s not as bad as “Left Shark” from the Super Bowl, but it’s still pretty amusing to watch. They obviously love their sister and wanted to do something memorable for her.

It’s nice that they came up with something creative like this instead of just having them each stand there for five minutes regaling people with stories about their sister. That’s 20 minutes right there, and people are going to want to eat, pronto!

They clearly love their sister and wanted to do something memorable. I loved this video. Some wedding videos can be corny, but this one straddles the line between corny and creative and hits a home run.