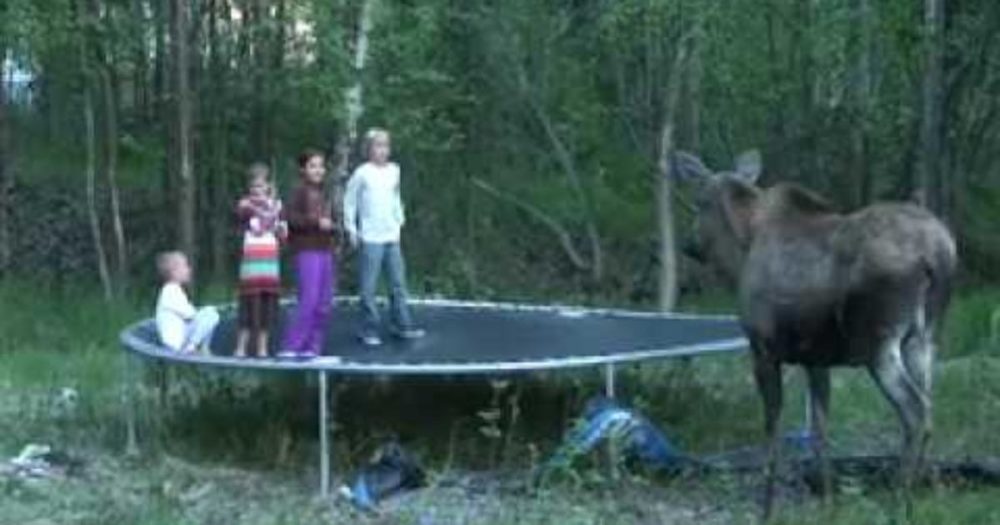 Imagine hanging out with a bunch of your friends on a large trampoline and then looking over and seeing a MOOSE grazing in your yard mere feet away from you? That’s what happened to one group of kids, and their experience was captured on video.

It’s an amazing thing to watch, and also makes you appreciate how to act when something like this happens. It’s a short but really cool video. How big is this moose? It’s so big that two of the kids on the trampoline if they stood on top of each other, they would still be a bit short. They stand still – well, one of them sits down on the trampoline, as it to make himself as small as possible. 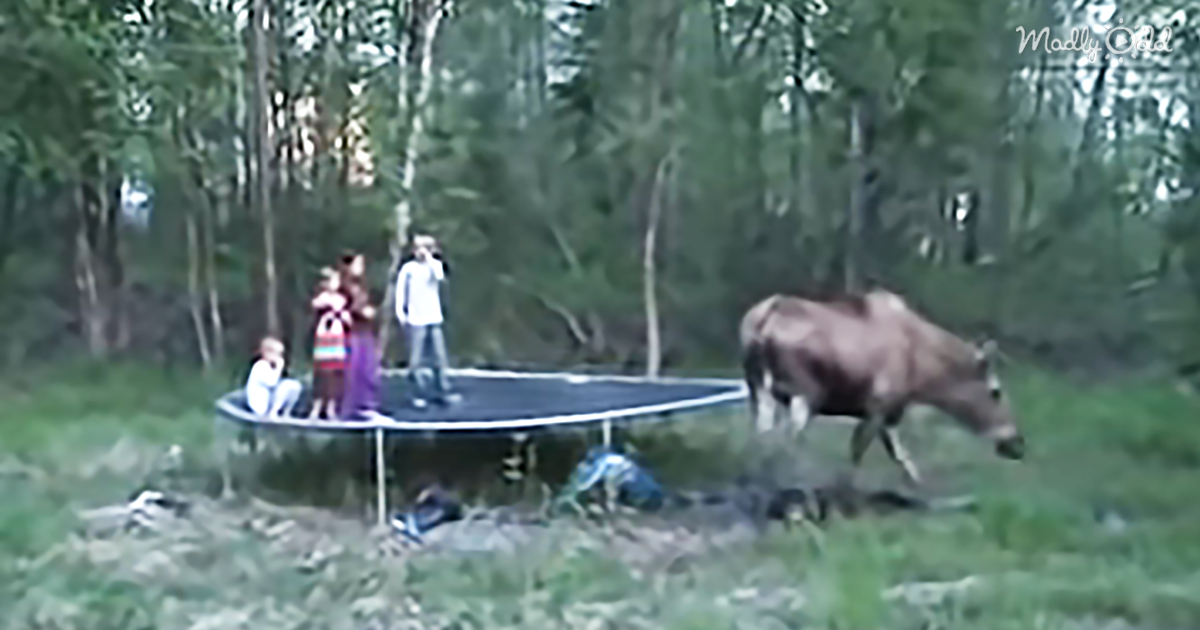 A girl does a very tiny wave at the moose. While the air is not thick with danger, it’s still got the potential to go from good to bad very quickly. The children make no sudden moves or noises on the trampoline, and the moose just genially stares at them for a few seconds before turning around and ambling into the woods.

The kids watch him go off with a mix of admiration and relief. All’s well that ends well. This is something that they will remember for the rest of their lives. That’s one part of living in a suburb/rural area, more wildlife.

What really kept the situation from getting anywhere near dangerous was that the kids made no sudden moves either toward or away from the moose. If one of them had started yelling or tried to run away, then it would have possibly been a different story. Perhaps the moose realized these were youngsters and wanted to leave them alone. Can you imagine this happening to you? 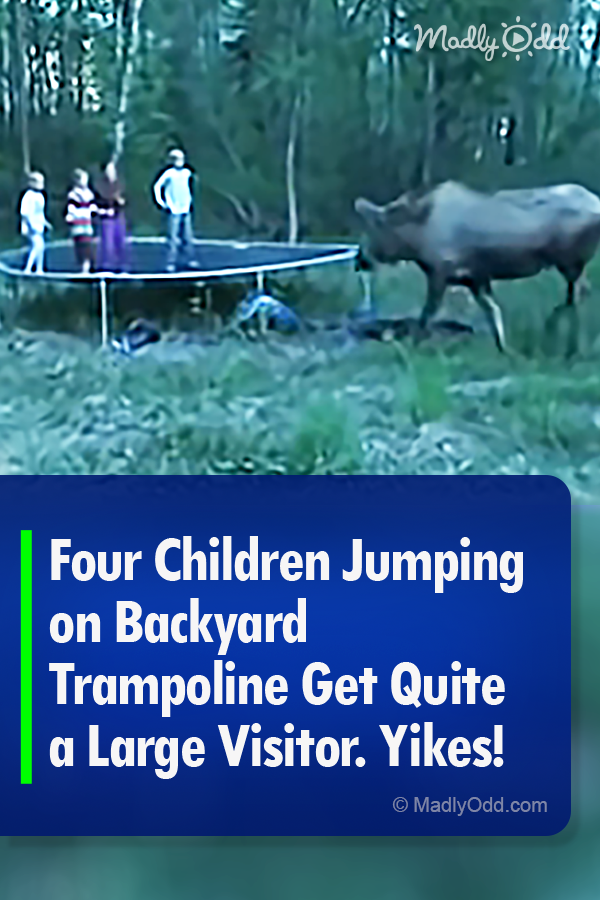