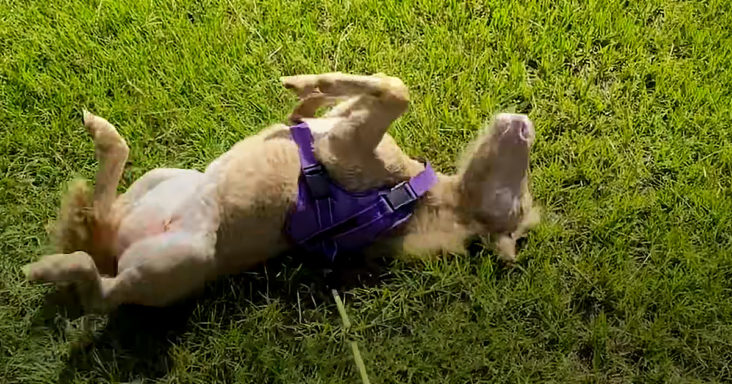 A baby miniature horse rejected at birth by her momma makes the most amazing transformation after being adopted. It was born a month early, and Patty of We Say Neigh Rescue was unsure what to do.

The baby horse had not eaten yet, so Patty’s son and his girlfriend took the baby to her mom so that she could feed her. However, the mom would not accept the baby horse. Instead, she would just kick her feet at her.

As the baby had not eaten, she was frail. So, the vet told Patty that they would have to euthanize the baby horse if she did not take her home. The first few days at her new home, Addie, the baby horse, would not move much. Instead, she would stay near Patty. 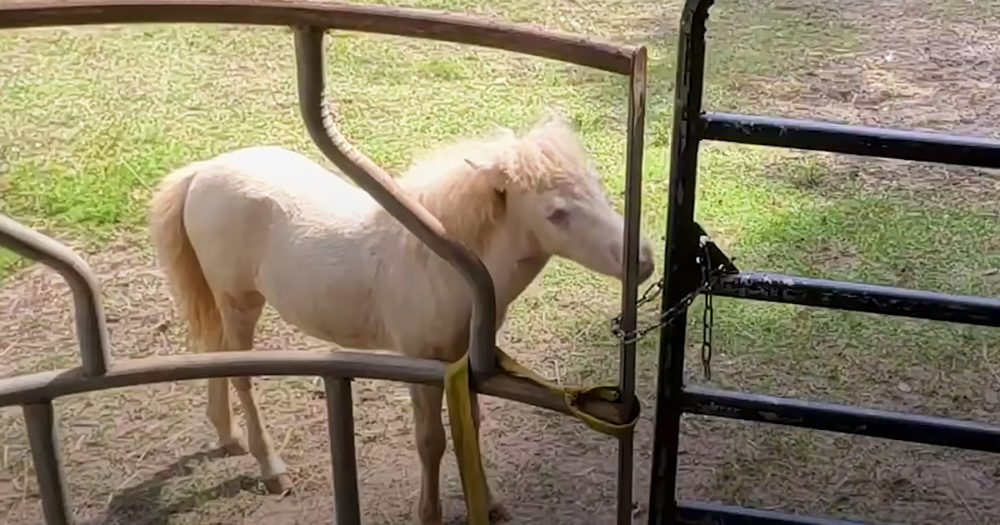 After three to four days, Addie started to run. She liked her new home. Patty’s house was not suitable for a horse, though. So, Patty had moved her kitchen island out of the kitchen. She even got Addie boots so that she does not slip on the tile floor.

Addie loves to look around her new home and take things out and chew them. So, whenever Patty hears a noise in her house, she jumps out to see what Addie is destroying. The situation is messy, but she doesn’t mind it at all.

Patty thinks Addie still has no idea that she is a horse. Addie connects with Patty’s two adopted dogs very well. However, she is pretty much inseparable from the male dog Marlin. They are always together, playing and running around the house.

Addie has trouble adjusting with other horses on the farm, though. So, Patty brings Addie to the farm three hours a day so that she can run around. Addie loves to roll in the pasture and run back and forth. She has adjusted well on the farm, is doing very well.