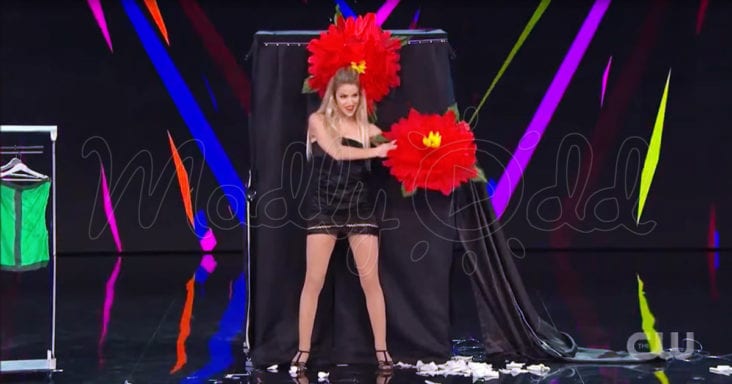 Léa Kyle combined her love of competition and sewing into a magic act performed on Penn & Teller’s “Fool Us.” Her quick change act included far more than simple clothing changes. She made clothes magically appear, fly onto her, and even turn into flowers.

French magician Léa Kyle took up magic after she met her boyfriend, a professional magician. First, she tried to learn sleight of hand tricks, but it wasn’t quite for her. So, instead, she took up quick change acts, in which someone quickly changes their appearance. For Kyle, this meant changing outfits.

This worked well for her because she could use her knowledge of fashion and sewing combined with her newfound interest in magic. Léa makes all of the costumes used in her acts herself now. She also had a pentient for competition, as a horseback rider, and wanted to bring that to her quick-change act. Kyle got so good, she performed her act on Penn & Teller’s “Fool Us.” And fooled they were.

The tricks started off impressive, but unsurprising to the two judges, who clapped politely at the artists first two changes. Léa performed tricks such as quickly stepping in and out of a changing room dressed completely differently. But, soon, she accelerated the game.

Kyle began switching into dramatic new styles right in front of the judges’ and the crowd’s eyes. At one point, she appeared to make part of her outfit peel itself off just by concentrating. At another point, she turned a black shirt into two large bright red flowers. Penn and Teller grew noticeably more excited and impressed by Kyle’s performance after each trick.

“We’ve been doing this show for 7 years and quick change does not seem like magic to us. We know the basics of quick change, but this isn’t a quick change act,” said one of the judges. “This is a magic act because we know how all quick change is done and we do not know how all of your act is done. There is stuff in this act that leaves us totally mystified.” 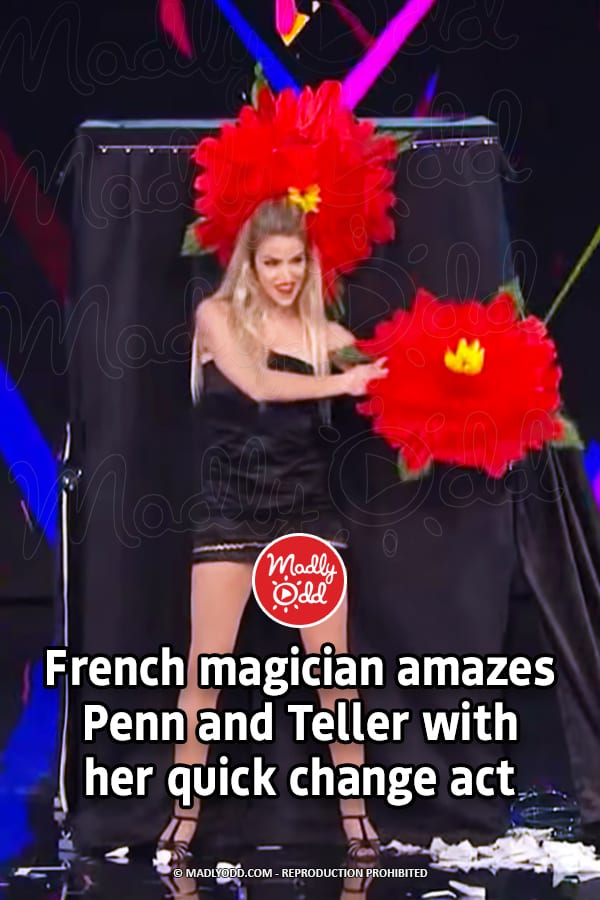