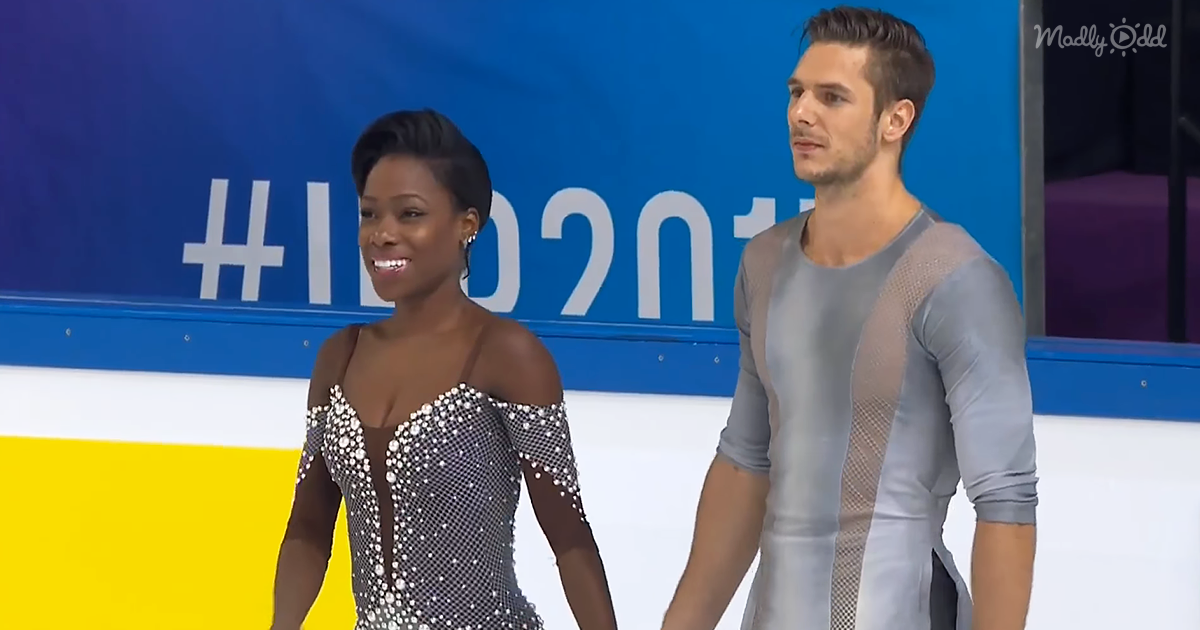 French skaters with unique skating style win over the crowd despite getting second place. Sometimes second place doesn’t translate to second-best, as these innovative sportsmen prove with all onlookers firmly on support from the very start.

The Talented French Skaters, Morgan Cipres, and Vanessa James left the audience awe-struck with their mind-blowing skating performance. They showed the crowd the perfect blend of skating skills and fiery chemistry in the arena. The team has been skating together since 2011 and has also represented France in the Olympics more than once.

Two skaters stepped into the arena wearing matching silver sequenced outfit. Graceful moves in perfect harmony combined with sizzling chemistry translated to an incredible performance choreographed to Christina Aguilera’s ‘Say Something.’ Boasting effortless spins and glides, the crowd cheered them on with every step. Although they secured second position, they won the hearts of the audience.