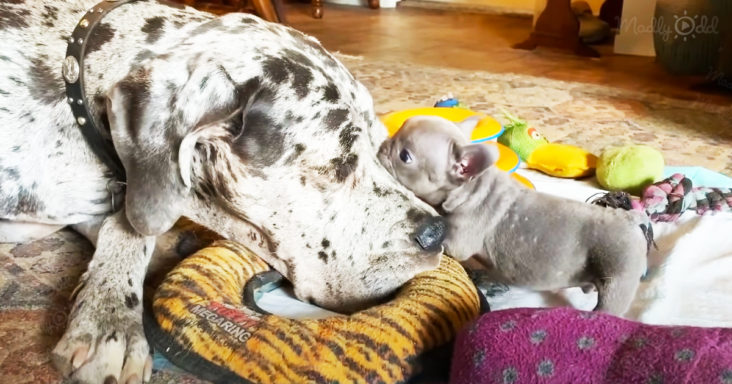 Levi, a Frenchie, was a puppy when he was taken in to be cared for by a kind family with a gentle Great Dane named Shelby. He was so small they thought it was a fospice case.

It turned out that Levi was merely malnourished, so they gave him lots of care and attention. While Shelby taught him how to be a big dog like her and play.

He grew bigger and stronger, and being raised by Shelby made him take on the personality of a big dog. There was so much life and energy in him compared to the first time they saw him.

Since he was a rescue animal, when he was healthy enough, a family with two Pitbulls adopted Levi. At first, the dogs didn’t seem to take a liking to him. 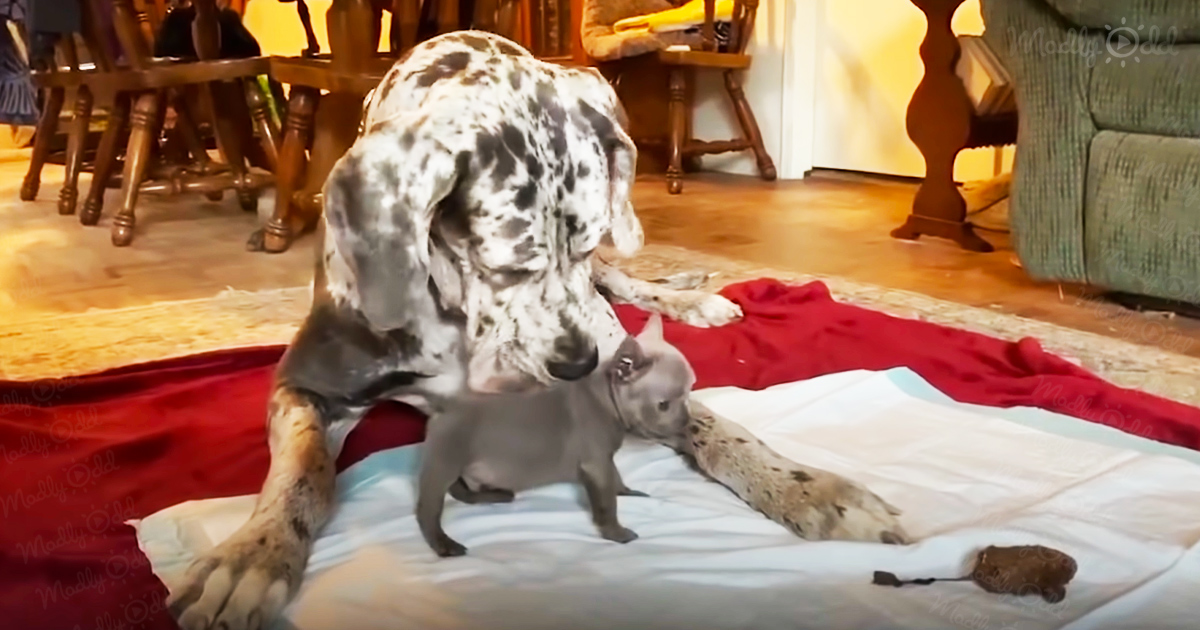 Eventually, due to Levi’s tenacity and playfulness, they all became good friends. Despite his size, he carries himself like a big dog, never intimidated and never backing down to anyone.

Walking out of a room, Levi has a piece of paper in his mouth. He stares up looking proud and accomplished, while behind him is a mess of ripped-up papers.

Six months later Shelby and Levi reunite, and he is much bigger than he was when he left. But even after all that time, she recognizes him and they play together as if he never left. 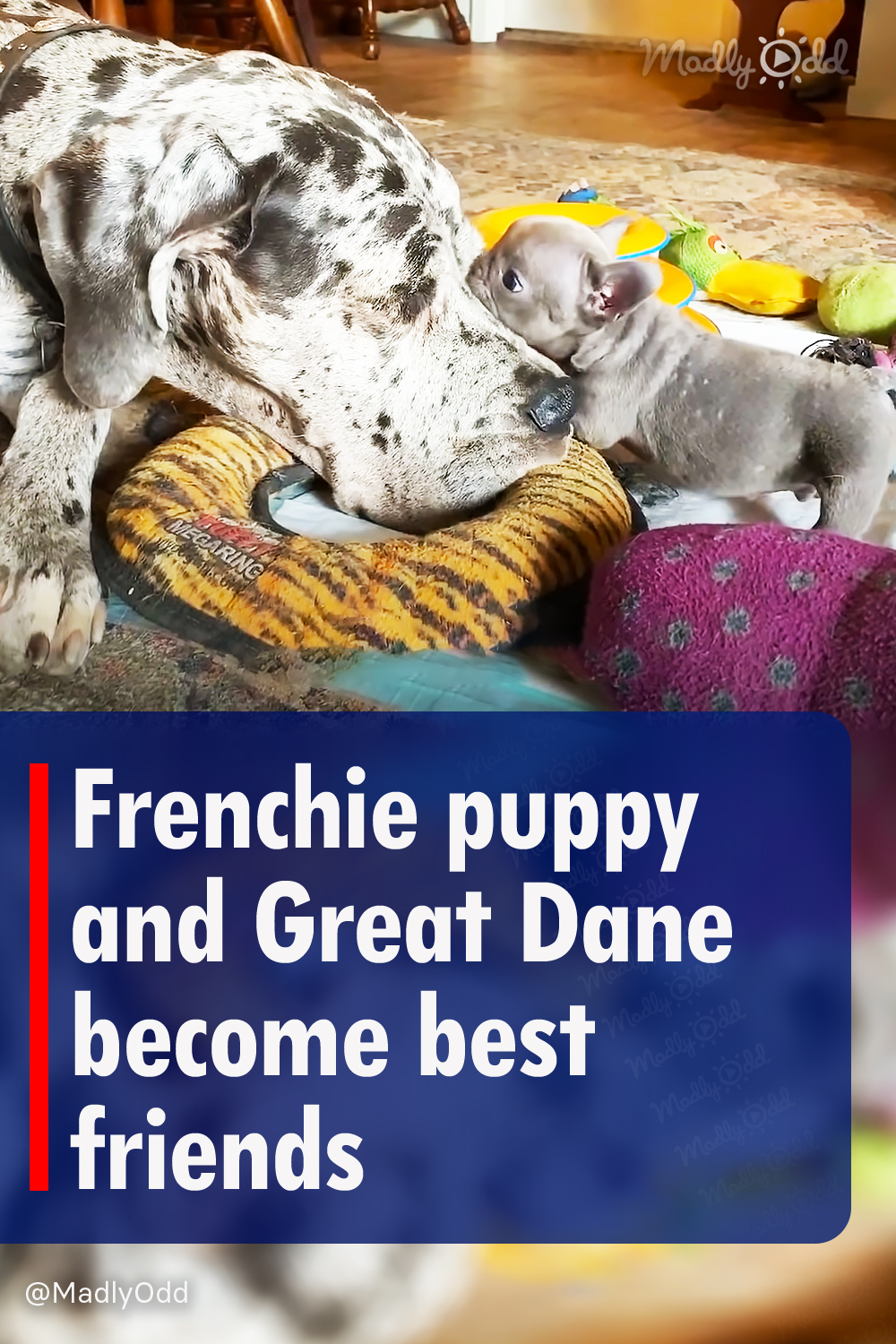