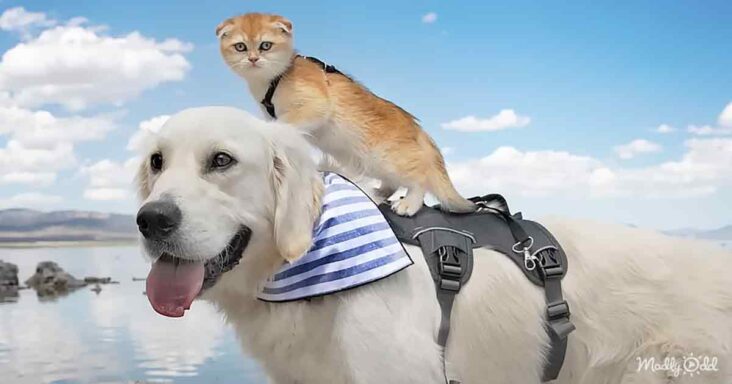 Service dogs are very responsible and highly trained canines. They have to provide various types of services whenever required. With so many responsibilities on a dog’s shoulders, the pups can forget about fun in their lives. 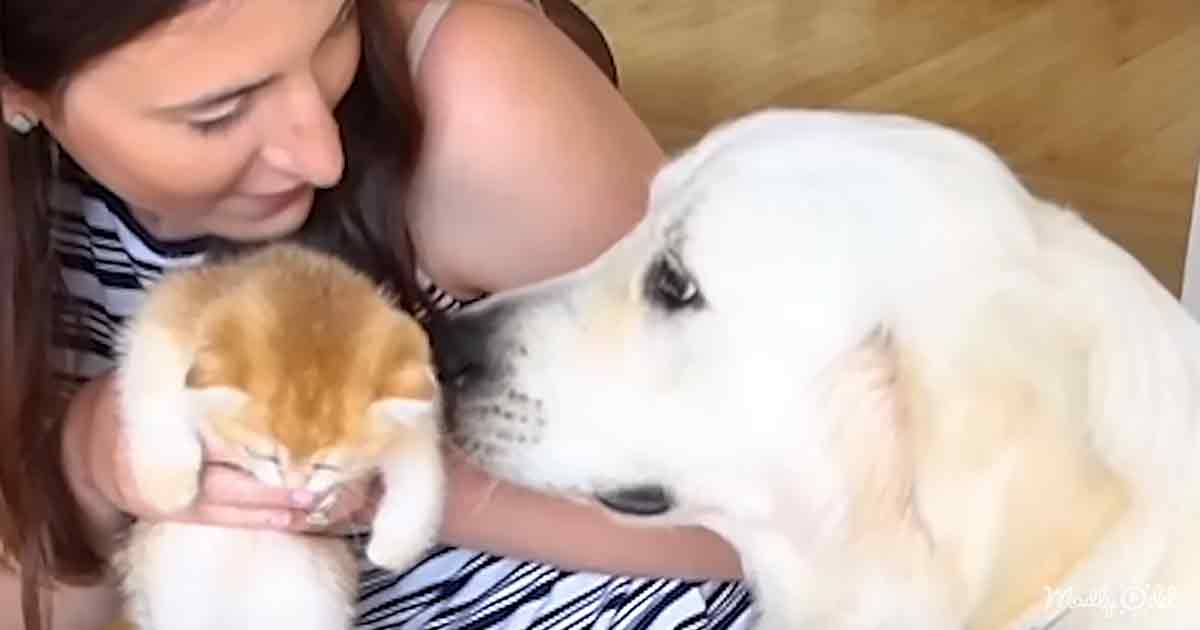 A similar situation occurred in the life of Samson, a Golden Retriever. Although Samson was a service dog, he was extremely shy of humans and other dogs. He used to help humans wholeheartedly. But unfortunately, he used to shy away from interacting with other dogs.

Samson would often sit in one corner of a room or a park while other dogs used to play near him. Despite feeling the urge to mix with the other canines, Samson could never gather enough courage. 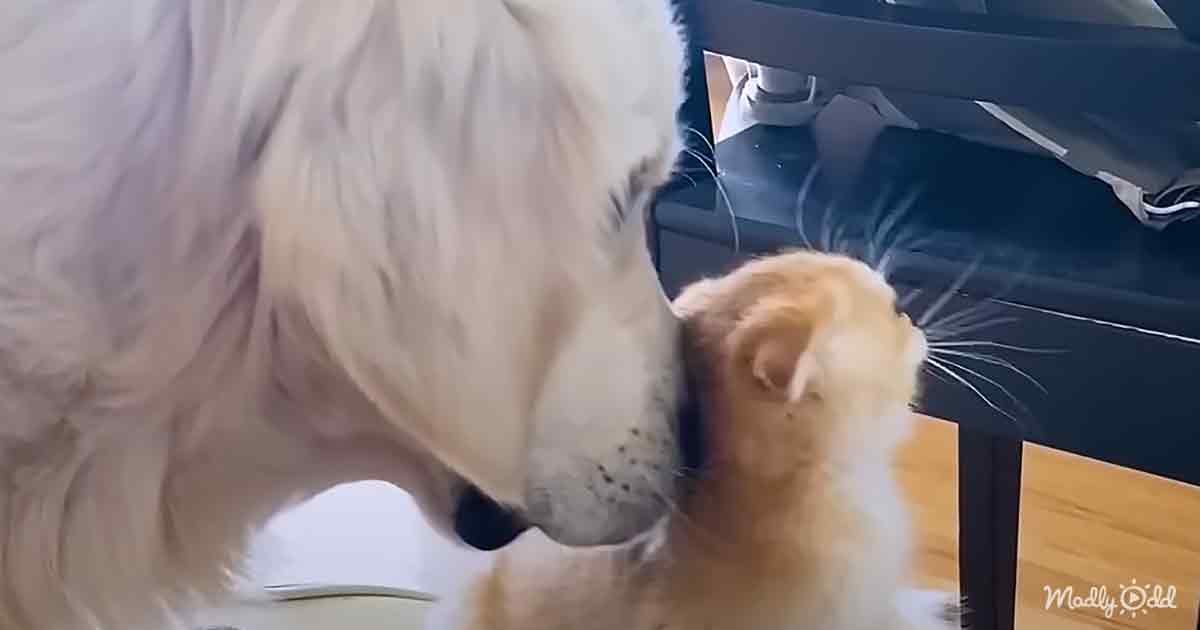 Samson’s owner was concerned about his nature. Thus, she soon brought home a kitten to play with Samson. Surprisingly, the service dog got very excited after seeing the cat. He seemed to loosen up a bit, making his owner believe that bringing the cat home was suitable for Samson.

The family named the kitten Cleo. Samson would jump and play with Cleo whenever he was off duty. Witnessing Samson coming out of his shell after meeting Cleo was heartwarming. He would spend as much time as possible with Cleo. 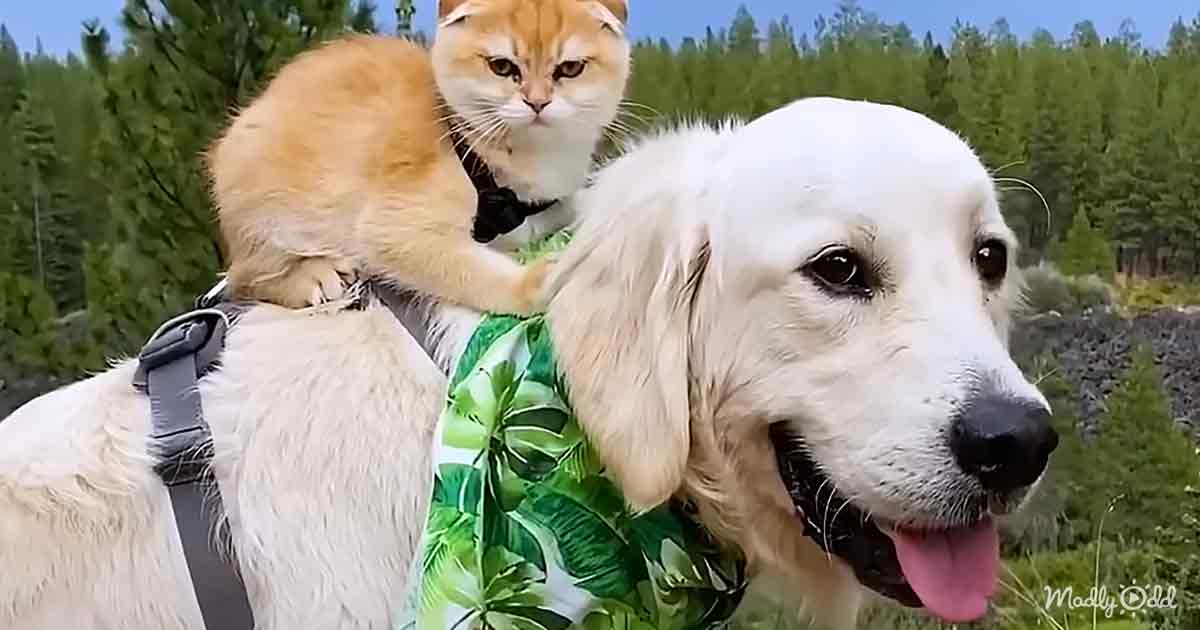 Cleo would often climb on Samson and rest a while during long trekking trips. Their owner would tie Cleo securely on Samson, so the kitten didn’t fall while the dog walked along. Samson would also ensure that he walked carefully with his cat sibling on top of him.

Samson gave unique treatments to Cleo. He always wanted to be with the kitten, whether it was while playing, eating, exercising, or bathing. They shared a special deep bond that was beyond anybody’s expectations. 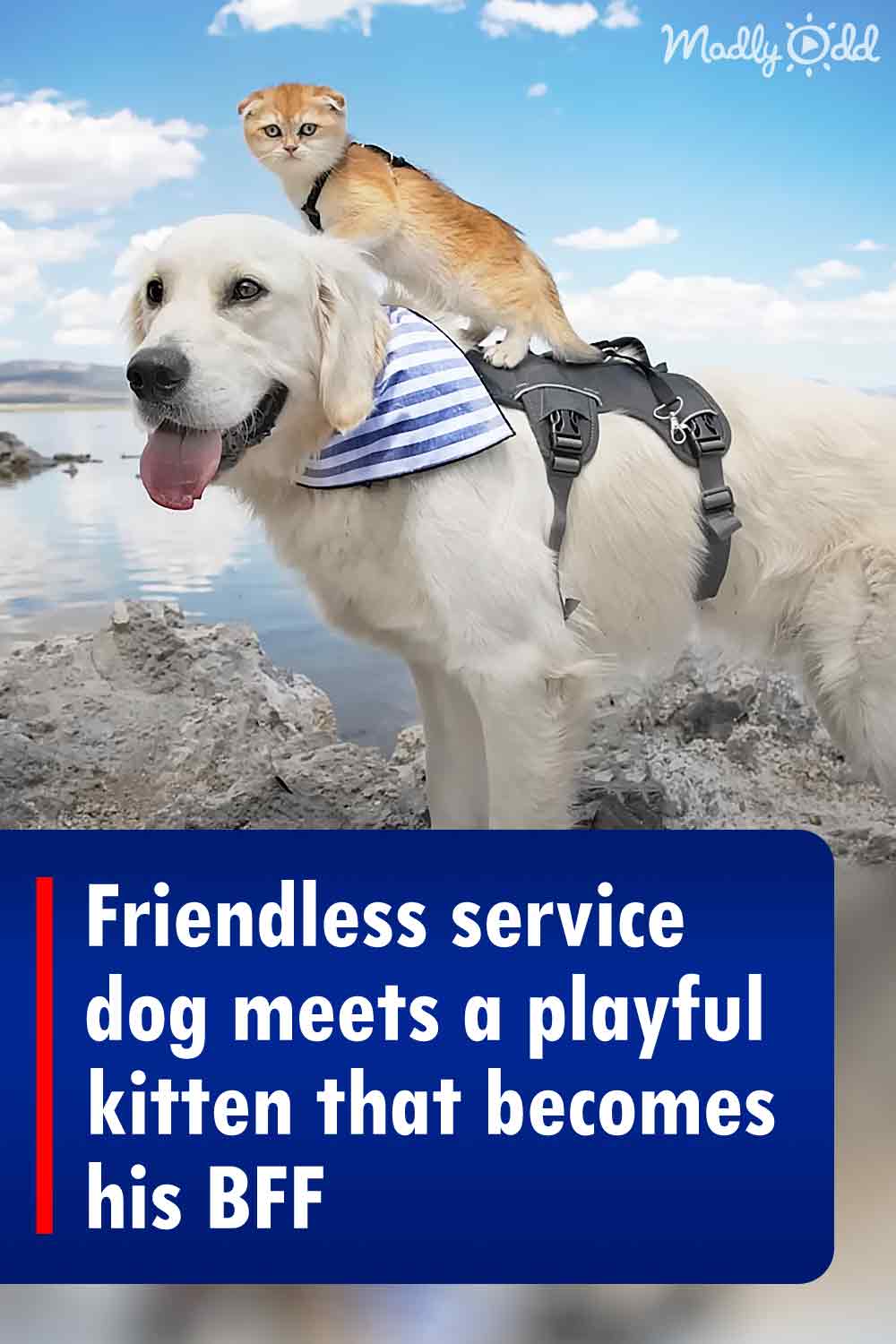